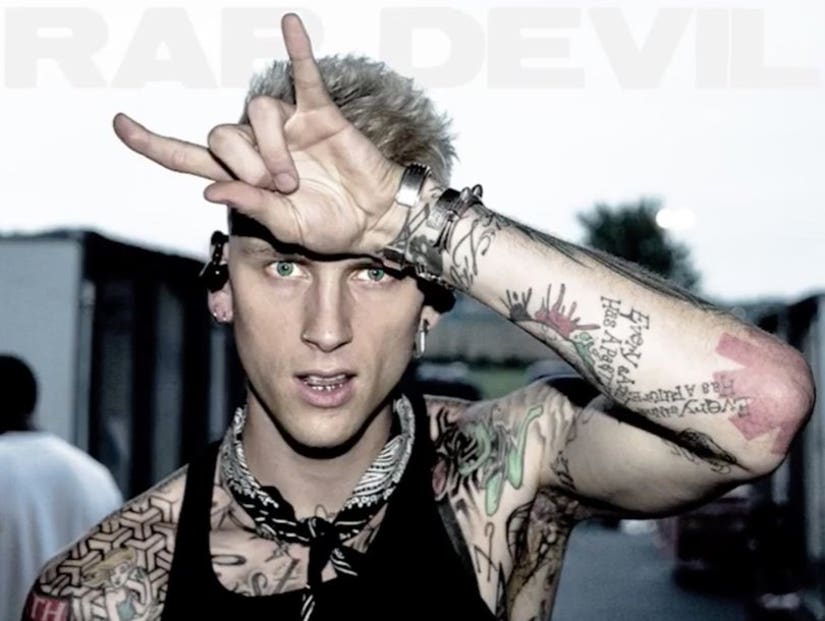 Machine Gun Kelly lit up Eminem with 4 minutes and 43 minutes of trash talk on his new diss track, "Rap Devil," and listeners are reacting to the piece of work on Labor Day with a mix of praise, concern and disses of their own.

MGK, who used to call Slim Shady an idol, dropped the track on Monday with this message on Twitter: "F--K RAP GOD IM THE RAP DEVIL (sic). good morning Eminem." 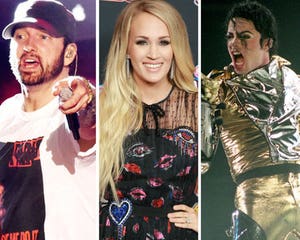 "im standing up for not just myself, but my generation. im doing the same shit you did back in ur day (sic)," MGK said in another tweet. "life is still real on my side, and i had to take time from the grind to defend myself from someone i called an idol. love, Rap Devil."

The new track -- the inverse of Eminem's 2013 track "Rap God" -- is a response to shade Em threw at the Cleveland rapper on "Not Alike" off his "Kamikaze" album, which dropped this past Friday.

"Now you wanna come and fuck with me, huh? / This little cocksucker, he must be feeling himself / He wants to keep up his tough demeanor, so he does a feature / Decides to team up with Nina / But next time you don't gotta use Tech N9ne if you wanna come at me with a sub-machine gun / And I'm talking to you but you already know who the f--k you are, Kelly / I don't use sublims and sure as f--k don't sneak-diss / But keep commenting on my daughter Hailie."

That last line is a reference to the Cleveland rapper calling Em's daughter "hot as f--k" in a 2012 tweet Kelly says got him industry backlash.

"Man up and handle your shit / Mad about something I said in 2012? Took you six years and a surprise album just to come with a diss," Kelly rapped on the new track. "Homie we get it, we know that you're the greatest rapper alive / f--kin' dweeb all you do is read the dictionary and stay inside / F--k rap god, I'm the rap devil."

The track began trending on Twitter shortly after its release, with MGK garnering applause for having the balls to clap back at Eminem, while others are just preparing for what they believe will be his career's funeral when MGK's former idol responds.

The internet after Eminem fires back on MGK after that diss track pic.twitter.com/xXxy4GPwiF

Anybody who think MGK is even remotely in Eminem's league as an MC is either too young, too stupid or both.... MGK is can't even stand on the same stage a Slim Shady! This will be over QUICK

Machine Gun Kelly (aka Machinnery Gunnary KellyClarkson or MGK), you will be missed young blood. pic.twitter.com/rBaueBQuz9

This MGK diss is pretty much everything we could've asked him to do. He says sentiments that people have felt for a while, tea/drama, and a little wordplay in there too. Can't count it as a victory yet because Eminem's was more a warning shot. But MGK brought smoke 🤷🏾‍♂️

MGK diss track on Em for kamikaze? Props for having the balls to come back, but....Oh lawd.....this might get interesting pic.twitter.com/hIRTawXvuE

Machine Gun Kelly got balls to step up to the plate and deliver a very solid response.
It's a no win situation when you go up against the rap god, but he swinging back, something these other dudes are scared to do. Gotta give him props pic.twitter.com/yYlYvrMzGQ

Machine Gun Kelly didn't say one lie on that diss record. Eminem really a bitter old man in that situation.

I was listening to @machinegunkelly #RapDevil hoping shit gon be wack.
But every verse was better than the previous and I gotta admit, Machine gun kelly came thru with fire 🔥

Em should let this slide !