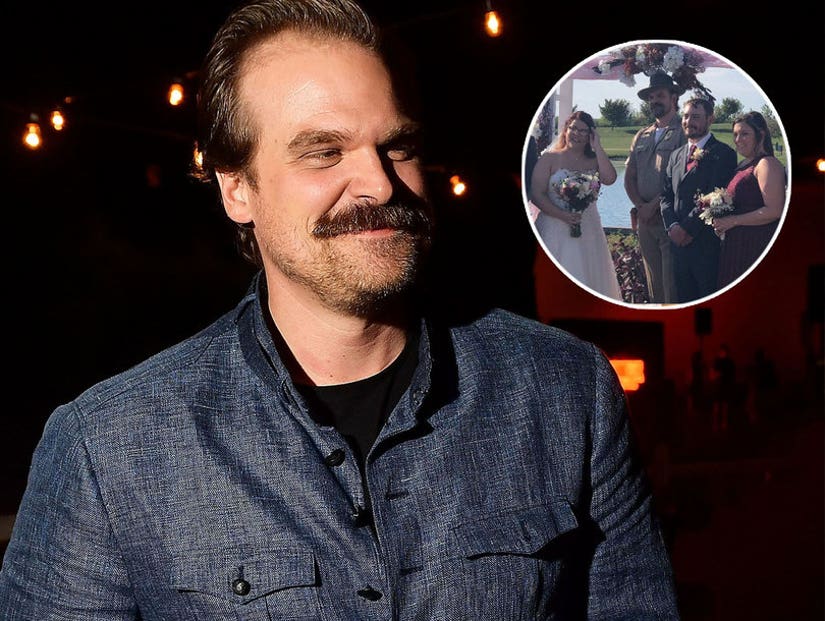 "Stranger Things" star David Harbour spent the weekend before the Emmys in Springfield, Illinois making good on his promise after a fan scored 125k retweets in less than 24 hours.

While many of the Emmy-nominated stars spent their weekends out partying and celebrating and prepping in anticipation of Monday night's awards ceremony, "Stranger Things" star David Harbour was making good on a promise.

Back in January, Harbour wound up agreeing to officiate the wedding of a fan in Springfield, Illinois, and that wedding was scheduled for Saturday night, according to the Chicago Tribune.

We can think of worse parties to attend right before the Emmys ceremony. 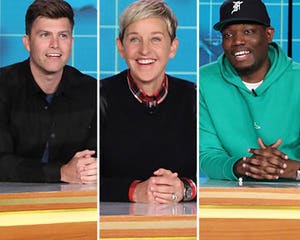 In an adorable photo from the event, Harbour can be seen dressed fully as his "Stranger Things" character, Chief Jim Hopper, standing with the wedding party. No word on if he got the first piece of wedding cake, but we think it's a safe bet.

Hey internet. I know it's been awhile. I retreated. Needed some space. You probably get it. But I've been thinking about ya in the interim. And all your retweets. And so me and some fun folks in Springfield, Illinois made good on our promise we made all those months ago. pic.twitter.com/fZK8zNMQSi

The whole thing started when a fan named Erika Millholland made the challenge in January, asking the star how many retweets it would take for him to officiate her wedding. The actor then presented his list of demands, which included 125k retweets, dates that work with his shooting schedule and that he gets the first piece of cake.

125k retweets. Provided date works with s3 shooting schedule, I will get ordained and perform ceremony. I get to read an esteemed love letter of my choosing, and after the cake is officially cut, I get the very first piece. #allthecakes https://t.co/rSku8qD7uT 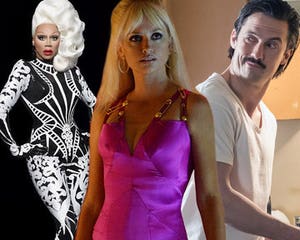 To his astonishment, she scored the necessary retweets within 24 hours, and he then told her to go ahead and "get the ball rolling." Harbour has since stayed quiet about the promise, but as this tweet proved, he is a man of his word. It's even more impressive that he was willing to take part considering the wedding date's proximity to the Emmys.

Harbour is nominated as Outstanding Supporting Actor in a Drama Series for his performance as Chief Jim Hopper in "Stranger Things." Maybe he used his opportunity in front of the expected 150-200 guests to practice his acceptance speech. Or maybe the wedding was just a great distraction from what could be an anxious night.

Either way, it makes for a busy few days for the actor, and another reasons his fans absolutely love him. 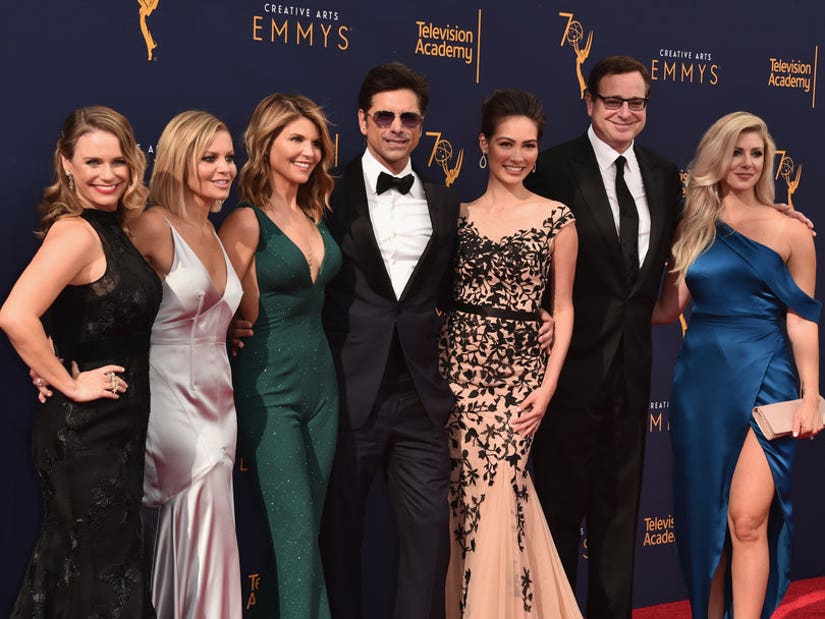