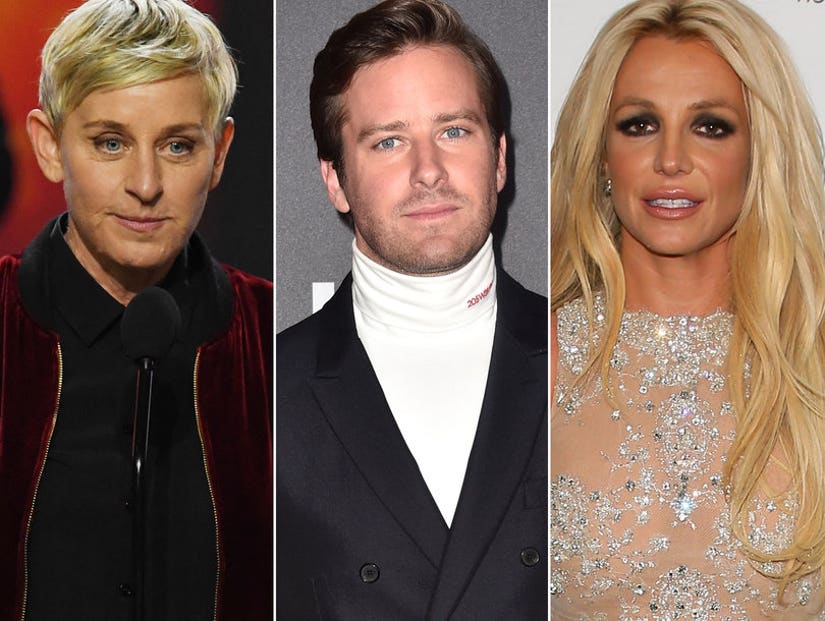 The hashtag "#GunControlNow" started trending on Twitter Thursday morning after news of the latest massacre spread.

It marks a resurgence in America's cyclical gun control debate, which has gone quiet in recent months, but last captivated the national dialogue after the shooting at Marjory Stoneman Douglas High School, in Parkland, Florida, last February. Surprisingly, the divisive subject did not become a hot topic after the synagogue mass shooting in Pittsburgh, Pennsylvania, in late October.

"Legends of Tomorrow" star Brandon Routh, who also famously played Clark Kent in "Superman Returns," invoked the cry for elected official to take legislative action in his response to the shooting.

"My heart goes out to my fellow Californians. I'm gutted & heartbroken hearing about the deadly shooting in Thousand Oaks. This is part of greater Los Angeles -- hits close to home," he wrote. "Demand action from our newly elected officials. Help protect fellow Americans."

At least 12 are dead this morning after a mass shooting at Borderline Bar and Grill in Thousand Oaks late Wednesday evening.

The establishment was hosting its weekly College Country Night packed with students when, around 11:20PM, a gunman dressed in all black opened fire. The gunman, who was identified as 28-year-old David Ian Long, died on the scene.

Ventura County Sheriff's Sergeant Ron Helus was one of the first responders and was met by gunfire. He died at the hospital, leaving behind a wife and son. 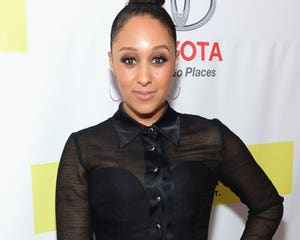 "I have been fully briefed on the terrible shooting in California. Law Enforcement and First Responders, together with the FBI, are on scene. 13 people, at this time, have been reported dead," Donald Trump tweeted on Thursday morning. "Likewise, the shooter is dead, along with the first police officer to enter the bar....Great bravery shown by police. California Highway Patrol was on scene within 3 minutes, with first officer to enter shot numerous times. That Sheriff's Sergeant died in the hospital. God bless all of the victims and families of the victims. Thank you to Law Enforcement."

As Hollywood wakes up to the horrific news, many stars have also turned to social media to react -- offering up condolences, while also urging for action. Others praised Helus for his heroism. Also tweeting in the wake of the shooting was Cameron Kasky, one of the survivors of the mass shooting at Marjory Stoneman Douglas High School in February of this year.

"Westworld" star Clifton Collins Jr. even tweeted that he actually turned down an invitation to go to the bar last night, something he's now very grateful he did.

We'll update the post below as more come in:

Last night, people went to the #Borderline with their friends to just have fun and sadly not everyone made it home because of senseless gun violence. Praying for the victims and their families 💛 #ThousandOaks

THOUSAND OAKS IS 5 min FROM WHERE WE GO TO MOVIES🙏🏻A NICE FAMILY TOWN.WILL NRA EVER CARE ABOUT PPL BEING KILLED & HELP INACT SENSIBLE GUN LAWS, HUGE % OF NRA MEMBERS BELIEVE LAWS MUST BE PASSED

Another senseless act. 13 dead in another mass shooting. Families devastated by violence. Again. My heart is with the people of Thousand Oaks, and with everyone fighting to make change.

My heart goes out to my fellow #Californians. I'm gutted & heartbroken hearing about the deadly shooting in #ThousandOaks. 😔 This is part of greater #LosAngeles—hits close to home.

Thousand Oaks, around the corner from my home, stained with the blood of total innocents today. My heart breaks for the families and friends of college students having a fun dance night. May each of them dance eternally in a far better place.

Getting shot at in the hood is 1 thing, it's driven by poverty, I can understand that, but getting shot at in a club is another thing all together, am grateful for my friends @Porsche who kept me home last night instead of accepting invite to Borderline. Heart goes out to those💔

Incredibly heartbroken thinking about what the people of Thousand Oaks are going through. Thankful for law enforcement for neutralizing the situation. I can't even grasp the fact that 11 more innocent people are about to be buried.

The Mayor of Thousand Oaks is completely right. No community is truly safe from these mass shootings. We've seen this far too many times. How many anomalies are there going to be? How many times are we going to here “nobody would've thought it would happen here?”

From the LA Times:

“A motive in the shooting was not immediately clear, but Dean said there was no evidence linking the attack to terrorism.”

Bullshit! The act ITSELF was an act of terrorism. If you don't think terror was involved, ask the survivors.

12 Killed in California Shooting; Gunman Targeted Bar in Thousand Oaks https://t.co/mPTAz77RcV I THIS is a SERIOUS problem that keeps repeating in this country. We need to figure out how to agree w each other for long enough to stop people being MURDERED.

Another Blue Knight was lost last night. He died in the act of protecting and serving, as so many of his brothers and sisters have before him.
Sgt. Ron Helus, you died saving lives
There is no higher calling
Rest In Peace
Sincere condolences to the family and coworkers

My heart breaks for Thousand Oaks today. My heart is dust from being broken for so many places in our country so many times.https://t.co/eeeYoLdxn6 https://t.co/Amg3BSQ2Qm

Another massacre, yet too many politicians throw up their hands and offer "thoughts and prayers." What if instead of mass shooting the headlines read Ebola? Food Outbreak? Airplane Malfunction? Terrorist Plot? Then would we act on what's clearly a public health crisis?

My heart breaks for my neighbors in Thousand Oaks and the victims of the seemingly endless stream of gun violence in our country.

Waking up to the news of the shooting in Thousand Oaks. My heart is broken for all of the victims and their families. I'm at a loss. Again. Again. Again.

Woke up to read about Thousand Oaks and I'm sick. Our country is so broken. My heart goes out to all the families

So with just one shooting in this horrible massacre in Thousand Oaks, we have surpassed the number of annual deaths by guns in Japan, which rarely exceeds 10. Again, that's 10 deaths a year by guns in a country of 120 plus million people. #betterguncontrol

And yet you won't do a fucking thing about it will you? You and the @GOP just keep sucking up to the @NRA and taking their money. Why don't you work on implying common sense gun laws? Anything? You won't cause they own your ass.
I can't wait for you to be out of office.

I can assure you that if 12 people were shot dead in a British nightclub, that would be the only story we would cover all day, and for many days.
America's grown immune to these massacres, which is terrifying. https://t.co/7ZmyPXUpcl

What? Another white male carried out a mass shooting in America? I am shocked!

What time today is your #MAGA 👌🏻 rally about these angry, murderous white dudes, Tang? Shouldn't your followers fear them? #CallItWhatItIs#HomegrownTerrorism https://t.co/2ebMOQ73jx

My heart goes out to all those affected in the Thousand Oaks shooting this morning. Yet another tragic waste of life.

I can't even. Devastated for the victims. At a loss, but know that our government MUST DO SOMETHING TO STOP THIS HORRIFIC GUN VIOLENCE!!!! #GunReformNow 12 Killed in California Shooting; Gunman Targeted Bar in Thousand Oaks - The New York Times https://t.co/9O13ZVmYLG

Waking up to yet another mass shooting of innocent people on American soil, this time close to where I live. Huge condolences and prayers to the victims of the #ThousandOaksShooting Why is this such an American phenomena and what's the solution? Any thoughts @realDonaldTrump ?

My heart is broken waking up to the Borderline news. Another instance where people get together to have fun, ruined by a senseless act of violence. 😔

My heart is heavy with news of another mass shooting in Thousand Oaks. Praying for the lives lost and those affected, and for the change we need to end gun violence. #EnoughIsEnough

I'm saddened to wake up & hear that more innocent lives were taken last night in Thousand Oaks. It's horrible and it feels like just yesterday when I was playing a show there. Sending prayers to everyone there, the families, and those all over the world affected by gun violence. pic.twitter.com/hT9qAdn9uP

My heart aches. When will this madness end? #Borderline https://t.co/bIORS9It4h

Another mass shooting. Given their frequency it's truly a wonder I have any tears left over from one to the next. These were college kids. Teens.

Dear Right: let's sit and discuss ideas on how we can make guns less dangerous. We don't want to take them from your “cold dead hands”. We want less cold dead hands. What can we do?

I'm away on vacation with my wife. Left the kids at home with their grandmother. It's the first time we've been away from them in 5 years.

Thousand Oaks is a 5 minute drive from our house.

Another horrific American mass shooting, this one just miles from my home. THIS IS THE PERFECT TIME TO TALK ABOUT GUN CONTROL. Every minute of every day is the perfect time to discuss it and make it happen.

WHEN WILL WASHINGTON DO SOMETHING???

The GOP is in the pocket of the NRA

Time to join @MomsDemand and/or make a donation to @Everytown

This is up to us. This is a civil rights issue https://t.co/5af56uJNEP