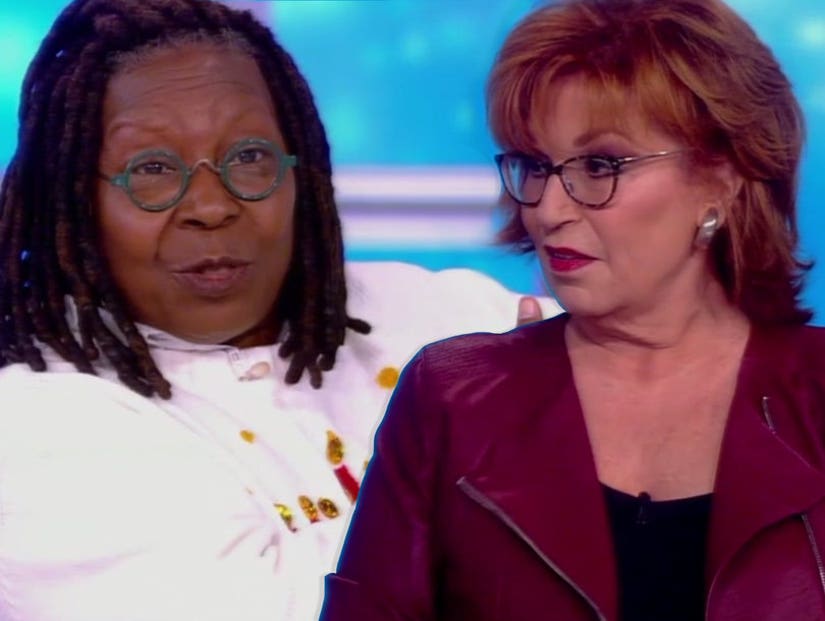 According to the cohosts, if there's one song to ban, it's not the holiday classic.

The women of "The View" really can't stay invested in the brouhaha over "Baby, It's Cold Outside."

A Cleveland radio station banned the holiday classic from its airwaves after a listener poll deemed its lyrics inappropriate in the #MeToo era. "People might say, 'Oh, enough with that #MeToo,' but if you really put that aside and listen to the lyrics, it's not something I would want my daughter to be in that kind of a situation," the station's host, Desiray, explained. "The tune might be catchy, but let's maybe not promote that sort of an idea."

Some of the questionable lyrics in the back-and-forth banter in the duet: "Say, what's in this drink?" and the woman continually telling her male suitor "The answer is no." 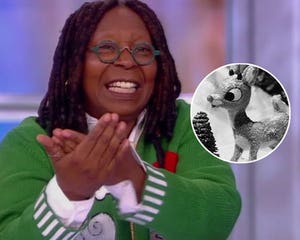 Both the hosts and studio audience on "The View" broke into laughter as Whoopi Goldberg explained the story on this morning's show. Abby Huntsman kept saying, "I can't, I can't" as Meghan McCain pointed out an audience member laughing out loud.

While Whoopi Goldberg said she could "understand" where the hubbub was coming from, she added that it sounded more like something "that will make you uncomfortable if you are looking to be uncomfortable."

"Please lighten up on this, when you see something about what you're about to talk about, it's quite real," she continued, motioning to Joy Behar. "This, I can't buy this." 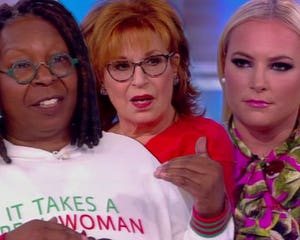 "It was an innocent thing at the time," added Behar, before slamming a more recent controversial track: Robin Thicke's "Blurred Lies."

After a dramatic reading of the lyrics -- including the line "I know you want it" over and over again -- Behar said that she enjoys walking to the song, but "that is a date rape song!"

"Baby, it's cold outside means it's snowing outside, come on snuggle up, that's what they're talking about!" Goldberg said, before the conversation came to an end. "In 1949, they talking about snuggling and don't go outside, it's cold." 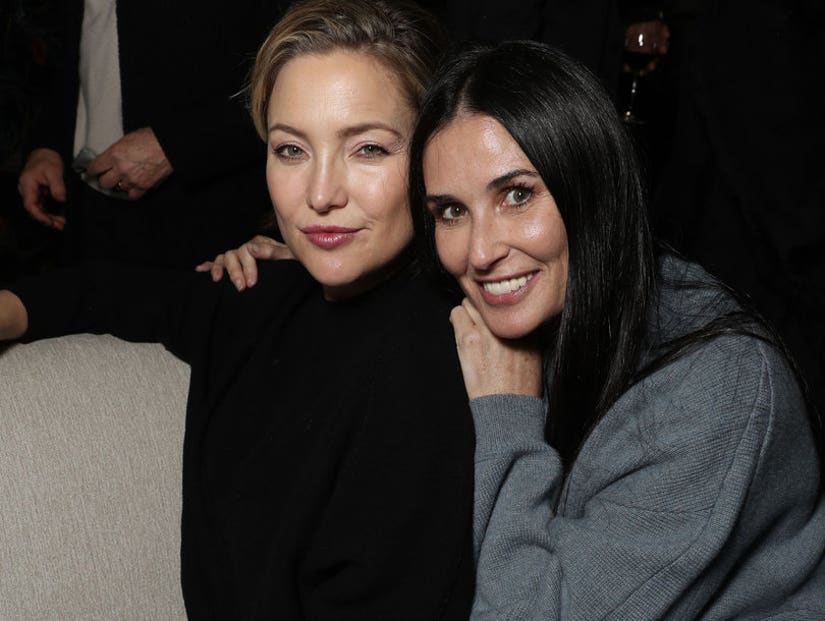