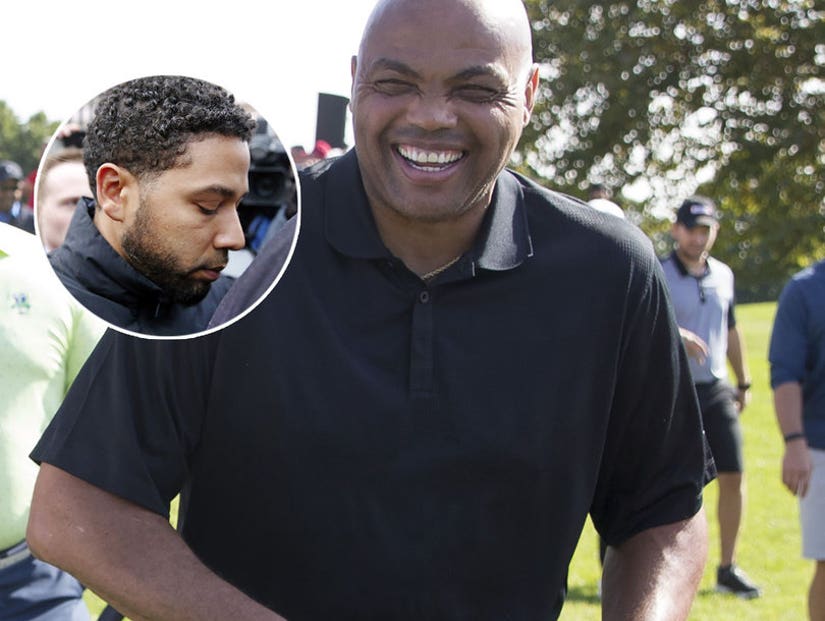 Barkley lampooned every aspect of the investigation into whether or not Smollett orchestrated a fake hate crime against himself, and even saved a sharp barb for Liam Neeson.

The last place we expected to find timely and hilarious commentary about the ongoing scandal surrounding Jussie Smollett was the TNT's halftime show during the NBA, but that's what Charles Barkley served up on Thursday night, and Twitter was loving it.

It wasn't even a topic of conversation, but that didn't stop the former NBA All-Star from making it one. They were talking about the teams heading into the playoffs and those that might fall short. Barkley wasn't even the one asked which of their items was the most ridiculous and had no chance of happening, but he couldn't resist the setup. 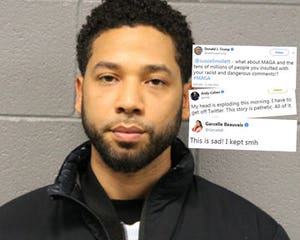 "Two black guys beating a black guy up," he responded with a straight face. Shaquille O'Neal almost immediately started cracking up, and it was all the other guys could do to try and keep the show on track. Ultimately, they failed.

Charles Barkley has some advice for America & Jussie Smollett pic.twitter.com/3JaW9FlHM9

"I tell ya what man, there must be some good damn sandwiches at Subway" pic.twitter.com/rpGMVHScWM

After cracking some jokes about the MAGA hats Smollett claimed his alleged attackers were wearing, Barkley settled into one of the more ridiculous details of the case against Smollett. And he did so by speaking directly to the nation.

"America, let me just tell you something," he said. "Do not commit crimes with checks. Come on man, if you're gonna break the law, do not write a check. Get cash, man." 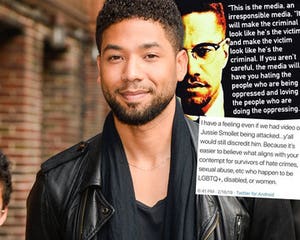 At this point the show was completely derailed, but Barkley wasn't done yet. He had a message for Smollet himself. "Jussie, you wasted all that damn time and money, you know what you should have did?" he asked. "Just went up in Liam Neeson's neighborhood. He could have solved all of your damned problems."

Neeson recently admitted to a racist moment he had 40 years ago after a friend told him she was raped by a black man. He said he went out onto the streets hoping a "black bastard" would provoke him so that he could kill him.

As for Jussie Smollett, authorities in Chicago are saying the alleged hate crime he reported being the victim of last month was actually orchestrated by the "Empire" actor. TMZ has been all over the story, with the latest reports being that Smollett turned himself into Chicago police and has been released on $100,000 bond. 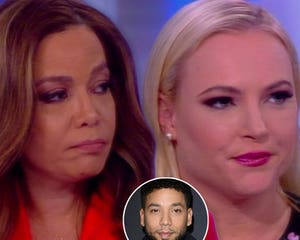 He is charged with filing a false police report, with the police saying they have evidence including text messages to the two brothers they claim he hired to pull off the attack, and even the check they believe he wrote to pay the brothers for their services. According to the brothers, who broke the case by cooperating with police after getting picked up, Smollett did it because he thought he wasn't getting paid enough.

Even after turning himself in on the charges, Smollett continues to maintain his innocence. TMZ reports that he told the cast upon his return to the set, "I'm sorry I've put you all through this and not answered any calls. I wanted to say I'm sorry and, you know me, I would never do this to any of you, you are my family. I swear to God, I did not do this."

And while his innocence or guilt is yet to be determined by the legal system, Barkley's timely jabs were enough to get Twitter all fired up, ... Below are just a few of their wild reactions. 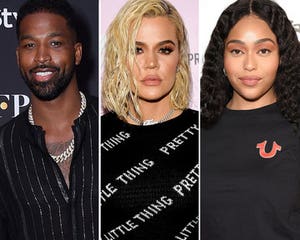 Charles Barkley said "Jussie..you wasted all that money. All you had to do was go to Liam Neeson's neighborhood" pic.twitter.com/Qxc8jCEgVu

Charles Barkley hillariously ripping Jussie Smollett is the highlight of 2019

Charles Barkley has photos of the guys that attacked Jussie Smollett. pic.twitter.com/4mEbDeOLuQ

Advice from Charles Barkley to Jussie Smollett ... "Should have just gone to Liam Neesons neighborhood" ... I AM DEAD 🤦🏼‍♀️😆 #JussieSmollettHoax #JussieHoax pic.twitter.com/fKb5wWekum

I'm still 💀💀 from cracking up at Charles Barkley saying Jussie Smollett could've just solved all his problems by walking around in Liam Neeson's neighborhood... No Chill!!! Hahaha #NBATwitter #InsideTheNBA

barkley dunking all over jussie smollett and then throwing in a liam neeson burn at the last second before commercial break was just pic.twitter.com/9C1jNNHZw4

@NBAonTNT when Charles Barkley starts sounding off on the Jussie Smollett situation 😂 pic.twitter.com/N1nGta0iAX