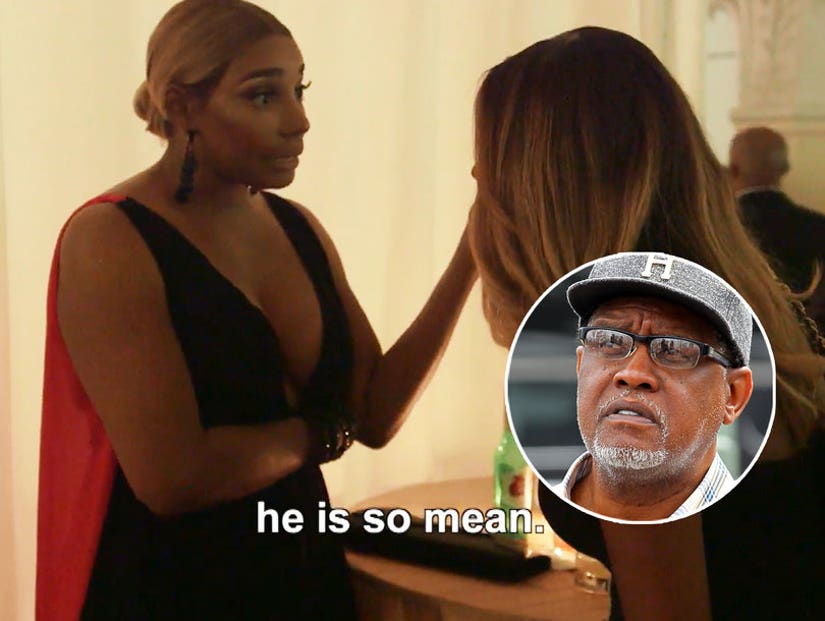 "Right before I came here, he talked about separating," NeNe confides in Cynthia.

Eva Marcille's gorgeous wedding to Michael Sterling on Sunday's "Real Housewives of Atlanta" had us all in tears, but NeNe Leakes was crying for other reasons.

While Eva and Mike exchanged their beautiful vows, Marlo Hampton reached over to comfort an emotional NeNe, who had to attend the wedding without Gregg Leakes, who's been battling cancer all season. The second the newlyweds finished exchanging their vows, NeNe stormed off to find the closest bathroom. She needed some space, and the ladies gave it to her. 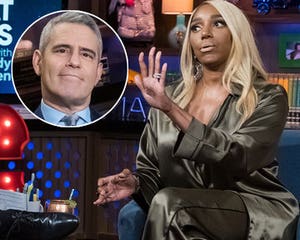 "I wanted to leave, but Marlo kept saying to me, 'Don't leave because Eva wanted you to be here,'" NeNe told the camera.

Once the reception got underway, Shamari DeVoe tipsily asked NeNe about a tweet she had posted that said, "When people are sick, is it normal for them to be mean?"

"Is it, like, causing issues between the marriage?" Shamari asked innocently. NeNe kept her cool. "I would say yeah," she replied before taking a pause and a deep breath. Shamari got the hint and dropped it, but the conversation left NeNe in tears. She then confided in Cynthia Bailey that she and her husband had discussed the possibility of separating earlier that day. 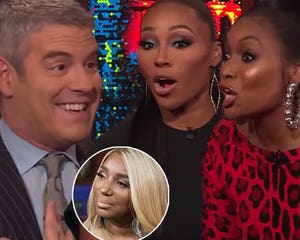 "It's been a really rough day with Gregg and with me," NeNe said. "When Eva said her vows, it reminded me of when we were saying our vows."

"Right before I came here, he talked about separating," she added. The news came as a shock to Cynthia, who replied, "Hold on, now. You guys are already in separate rooms. You're talking about separate houses?"

"Yeah," NeNe replied. "He said he would go ahead and find him a place. Last night, I felt like I broke because he is so mean. I get that it's a sickness, but I can't be talked to like that. It's weird because you're trying to help the sick person, but they don't want your help. And everybody around thinks I'm bad."

Cynthia tried to reassure NeNe that Gregg's mood was only "temporary," but NeNe was completely hopeless and totally defeated. She later confessed to the camera, "Gregg lets me take the rap for a lot of things that he's done. People generally point the finger at me, and he just kind of like sits and lets me take that rap, when he knows that it's not that way at all." 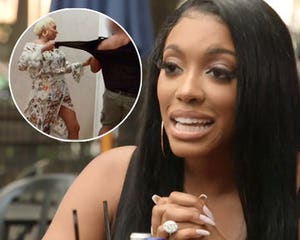 Marlo interrupted NeNe and Cynthia's conversation to let NeNe know Kandi Burruss and Porsha Williams wanted to chat about the whole closet situation that went down a few episodes back. NeNe was far from being in the mood to argue, and while the conversation did get heated at times, the ladies ultimately apologized and assured her they were there for her.

"Completely exhausted," NeNe headed back to the reception. It was her turn to make a speech. She didn't want to, but she had to, so she did -- and props, because she did a mighty fine job for being in the mental state that she was in.

"Eva and Michael, I wish you all the best," she added. "Congratulations. We love you. If you guys could please raise your glasses, and let's toast to love wins." 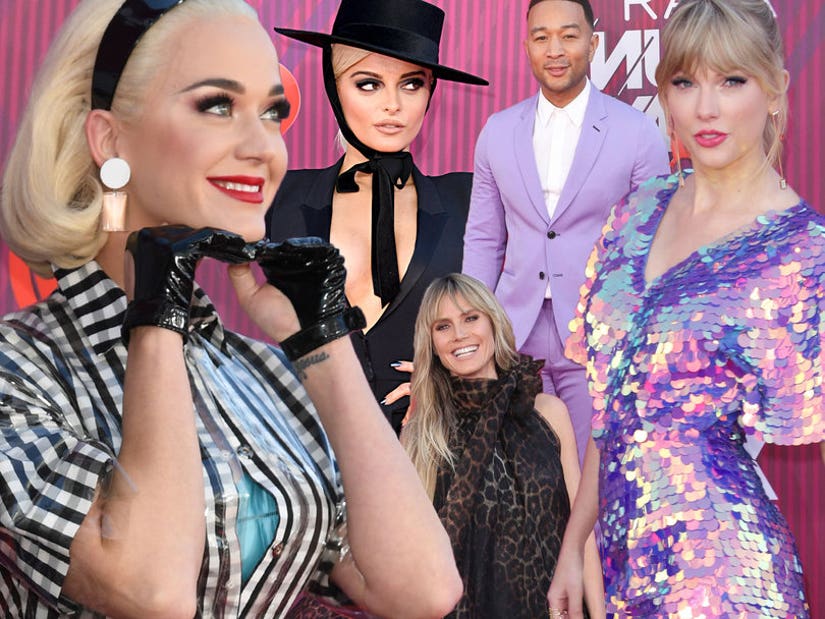