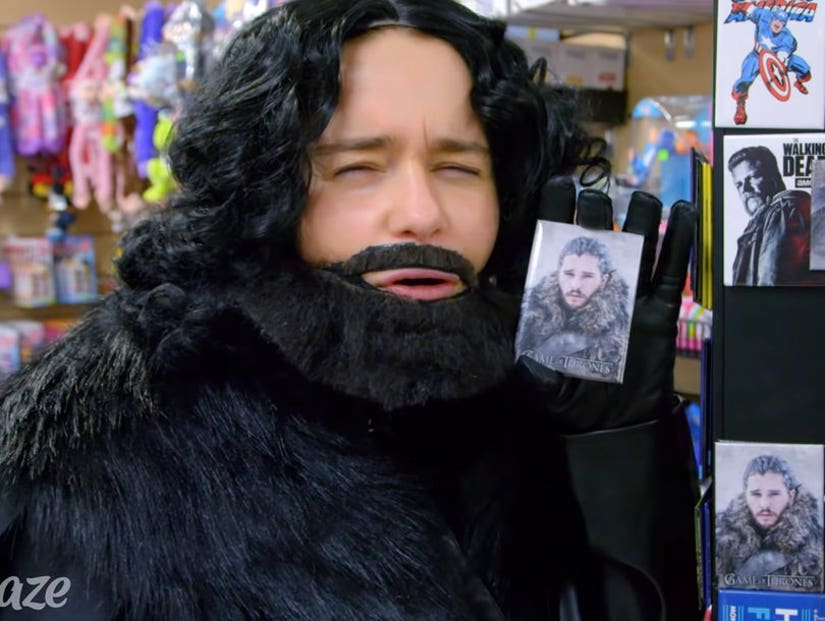 "I'll tell you how it ends! You can put it on the internet!"

"Game of Thrones" may be one of the most popular shows on TV, ever, so why the hell didn't a single person recognize Emilia Clarke when she ran around New York dressed as her on-screen "nephew" Jon Snow?

The "Game Of Thrones" star made a hilarious video showing her galavanting through Times Square in a cheap King In The North costume ("The shop was out of Daenerys costumes.... because they were sold out"), attracting nothing but side-eye, baffled looks and wary glances.

In partnership with Omaze, Emilia is offering a chance to watch the final ever episode of "Game Of Thrones" with her at a private screening — selfie ops and dragon discussion included — but not a soul seemed interested.

"I'm a 'Walking Dead fan," one woman scoffed when presented with the opportunity, prompting a "... Christ" from the bearded Emilia. 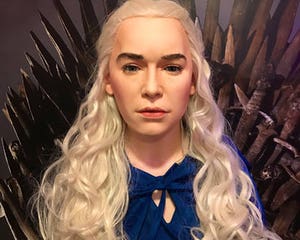 Rocking Snow's northern English accent, she pleaded with another clueless New Yorker: "I'll tell you how it ends! You can put it on the internet!" only to be promptly ignored. "Fine, whatever," Emilia exhaled.

Looking for props to help her in her quest, she headed into a souvenir shop... and that's where she ran into her GOT ex Jason Momoa, in Aquaman bobblehead form.

"Just gonna... you know, for old times sake," she trailed off, gazing at the musclebound piece of plastic as she bit her lip. "Even as a toy, it's just..." 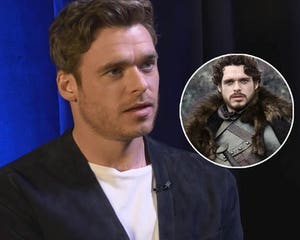 "I mean, he's got it hasn't he? He's just got it. I might take it for, um," she said clearing her throat as she slipped it under her arm, "well, for later really."

Back on the street, she tried to form an alliance with costumed panhandler Batman, Superman and Zorro, but was once again just met with bewildered looks.

"Do you usually work around here?" Zorro sneered. "I work in the North. Of the wall," she replied, never slipping out of character.

The filthiest look of the day however came from another Jon Snow panhandler, and his partner dressed as Daenerys Targaryen, whose look of pure contempt all but confirmed she had no idea she was staring back at the real deal.

There was time for one final plea to yet another puzzled bystander: "Did you know — if you watched Game Of Thrones — there's a chance to watch the last ever episode with this really, really, really talented, really, really hot girl who plays Mother of Dragons Daenerys Targaryen?" 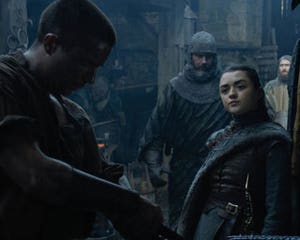 Removing her "itchy" costume back at studio, Emilia explained the prize is still up for grabs at Omaze.com/emilia.

For just $10, you get 100 entries into the contest, with all proceeds going to SameYou, which helps rehabilitation after brain injury and stroke.

Emilia launched the charity earlier this year, after revealing she herself suffered two near-fatal brain aneurysms in 2011 and 2013 while filming GOT. 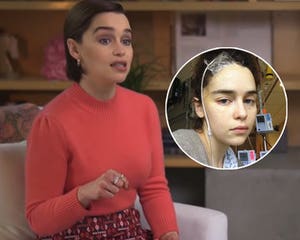