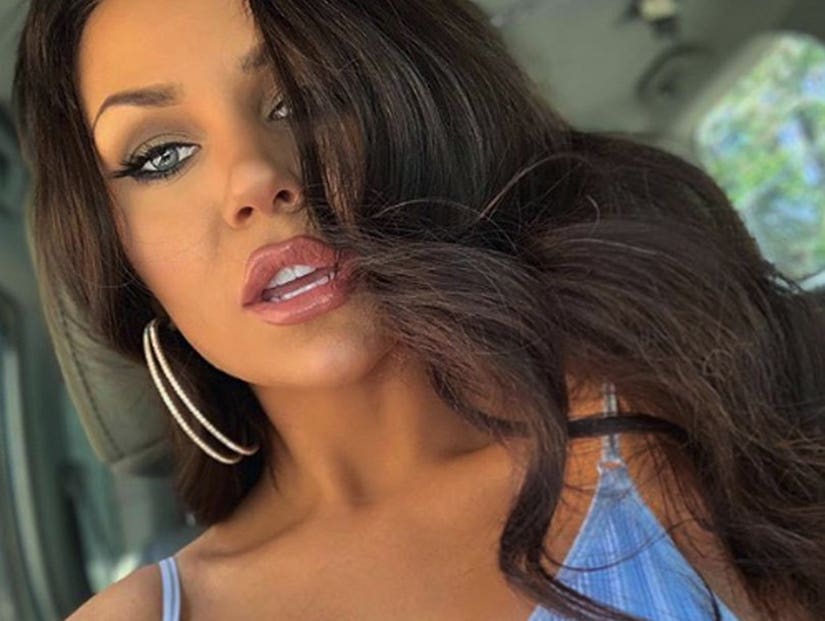 She also reveals the current state of her relationship with Doug Hutchison and what's behind her dark new look.

The usually blonde Courtney Stodden looks so different with brown locks, even her own father didn't recognize her.

The once peroxide-loving (and then ginger) star has gone brunette, something she said signifies a new chapter in her life. 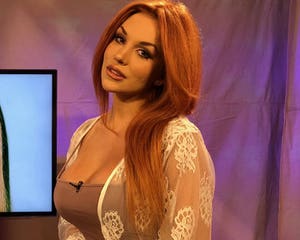 "Right now, the whole point of this transition in my life, I'm learning about myself," she said in an interview with Dax Holt and Adam Glyn on the Hollywood Pipeline Podcast. "I'm learning you aren't this blonde character, you're something completely different from what people have perceived you as."

"The last time I changed my hair brown, I hadn't seen my father in a while and I invited him out for dinner. He walks in the restaurant, he takes a look at me and just smiles," she continued. "I'm like, 'Oh, hi dad,' and he walks on by. He like flirted with me, I'm like that's kinda f--ked up. He didn't even know his daughter, I'm a chameleon."

Of her father, she went on to explain that they're currently estranged from one another.

"We're not even in communication right now, he basically told me to f--k off," Stodden said. "He's so angry at me for a lot of things, for going off and marrying a man when I was 16, he feels like he's replaced. His marriage fell apart with my mom, I think he blames me for all of that. He threw away all my childhood memories in the trash." 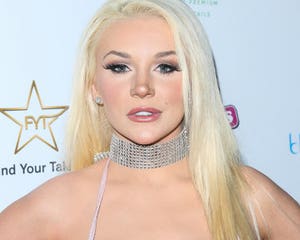 Stodden rose to fame when she, then 16, married then-51-year-old "Green Mile" star Doug Hutchison in 2011. They split in 2017, with Courtney filing for divorce in 2018. Their relationship now, she said, is complicated.

"I still have so much love for Doug and him me. We still talk, Doug and I still talk," explained Stodden. "We are trying to figure out our relationship right now and it's been very confusing because of the craziness of the birth of our relationship and dealing with fame on top of that, addictions on both ends. It was very challenging."

Of their "addictions," she clarified: "Both of us drinking, fighting and all that. We loved hard and we fought harder." They last hooked up two years ago. 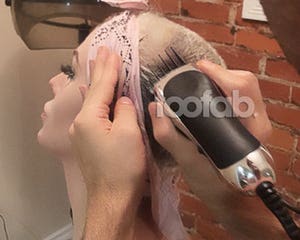 While she's currently dating a man named Chris, Stodden revealed she also gets hit up a lot on social media.

"My DMs are just ... I try to go through them as much as possible because I have so many people saying they look up to me and there are so many d--k pics, p---y pics, I just decided to not look at them anymore," she said. "I look for that [blue check], okay, you're not a peasant," she added with a laugh.

Her current beau also popped up briefly on the show, saying it's "hard for anybody to be in a relationship with somebody in another relationship," referring to Doug. He added that they met while they were both going through "complicated situations" with their exes, giving them "common ground."

He's got no complaints about some of Stodden's racy Instagram posts however, saying with a laugh, "Who do you think helps her?"

Other fun tidbits from the interview: Stodden says she texts Farrah Abraham -- who she called "an intelligent businesswoman" -- and joked her Ember persona was simply "a self-exploration stage for my art ... I'm not a red head!"