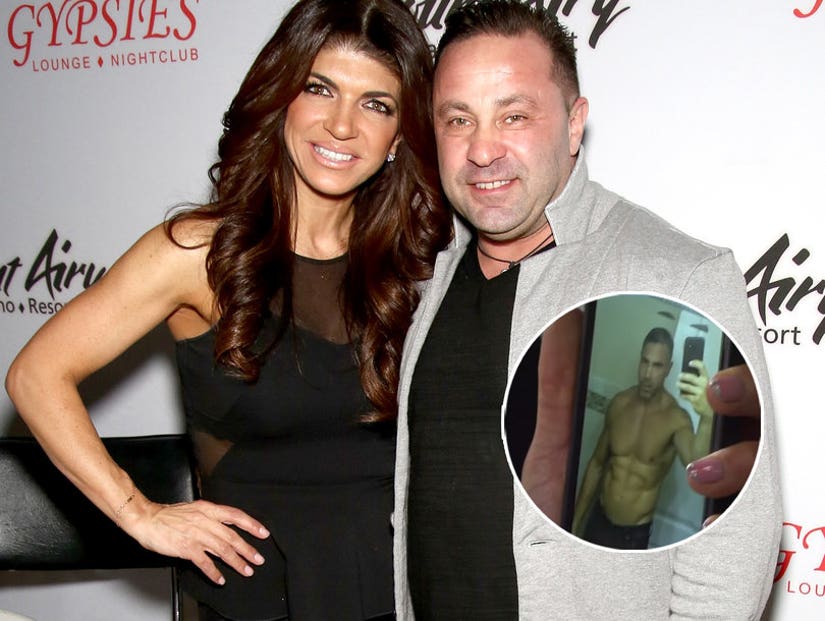 While Teresa Giudice and the mystery man in the latest "Real Housewives of New Jersey" teaser did get intimate with each other, it didn't happen during her marriage to Joe Giudice -- this according to her lawyer.

On Wednesday, Bravo released a promo for the new season of the show, in which a hunky man is seen saying the two "might have kissed," before she refers to him as "the one I hooked up with." After those comments went viral, her attorney, James Leonard Jr., is filling in the blanks the promo left open-ended. 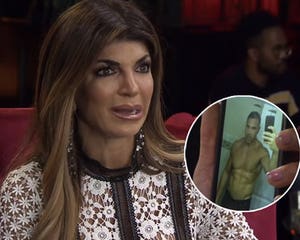 According to him, Gia Giudice called him and was upset by the video and the online reaction to it.

"She and her sisters have watched both of her parents go to prison, they are right now dealing with the deportation of her father, and then the headline yesterday is that her mother admitted to kissing another man. The problem is, and it always is, nobody ever tells you the full story or the real story," Leonard told People. "The real story is that Teresa did kiss the man in the supertease. His name is Tony. She kissed him more than 30 years ago when they were in high school together. But nobody calls to ask, they just write a headline to get clicks."

"They have been writing about cheating and divorce rumors for the last 10 years, but guess what? Nobody is cheating, nobody is getting divorced. The truth? Teresa and the girls are going to see Joe the first week of November," the statement continued. "They talk and FaceTime everyday. Everyone is happy. No one is fighting. There is an amazing story of love and perseverance, but I guess that doesn't sell magazines or get clicks on websites. Even if you don't like Joe and Teresa, think about their four daughters and please stop trying to destroy this family. They have been through enough."

The preview began with costar Jennifer Aydin asking Teresa, "Do you feel like you're still in love with him?" Her response: "I don't know." She also tells sister-in-law Melissa Gorga, "I haven't been happy in so long, I just want to be happy again."

Later, Teresa is seen with Tony and brother Joe Gorga. "Were you guys messing around?" asked Joe. "We might have kissed," Tony replied. In yet another scene, Teresa showed her costars a shirtless photo Tony sent her, saying, "He was the one I hooked up with."

In the same preview, Margaret Josephs was seen saying, "whatever goes on behind closed doors is frankly none of my business," before later criticizing Teresa's behavior. "Teresa is cocktailing it up all night while your husband's sitting in ICE, that's shameful," she exclaimed.

The two will clearly go at it when Season 10 of RHONJ kicks off November 6 on Bravo.