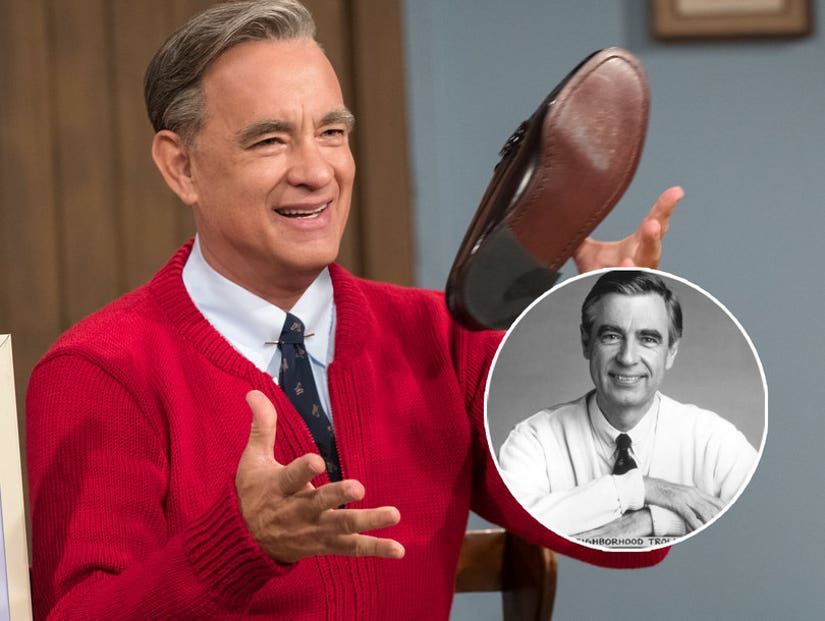 "No, impossible. No, you're pulling our leg," said Hanks' wife Rita Wilson.

Tom Hanks is getting rave reviews for his portrayal of Mr. Rogers in "A Beautiful Day In The Neighborhood."

And perhaps Hanks nailed the role because he shares some of the same DNA with the PBS children's TV legend Fred Roger.

During a promotional pit stop for the upcoming biopic, the 63-year-old actor was surprised to find out he is a sixth cousin of Rogers after a chart by Ancestry.com was shown to him on the red carpet. 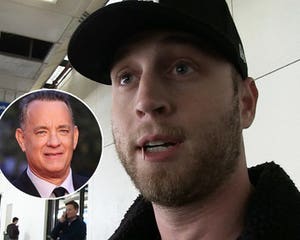 Hanks' wife Rita Wilson was the first to react by saying, "No, impossible. No, you're pulling our leg," with Hanks in denial as well by adding, "Alright, well how far away is it?"

Once the couple realized the news was true, Wilson asked Access Hollywood if they could keep the chart.

"This is crazy," exclaimed Wilson as Hanks joked, "Now if we could just find out if Johnny Depp was related to Fred Rogers."

In a recent interview with ET, however, Hanks thought he had little in common with Rogers, other than their well-liked dispositions.

"I don't allow anyone to take advantage of my good nature and I don't know that Fred did either," Hanks shared. 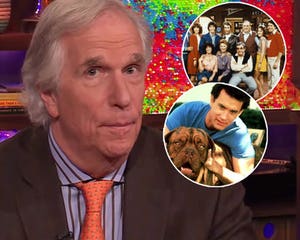 "I'm nothing like Fred Rogers in any way, shape, or form," he added. "Except, I think, I wake up in the morning thinking, 'Hey, it's a nice day, it's a good day. Let's try to make it a little bit better."

Rogers hosted the children's show "Mister Rogers' Neighborhood" from 1968 to 2001.

He was also the subject of the critically acclaimed documentary "Won't You Be My Neighbor?" which debuted in 2018.

Rogers died from stomach cancer in 2003.

"A Beautiful Day In The Neighborhood" is slated to hit theaters on Nov. 22. 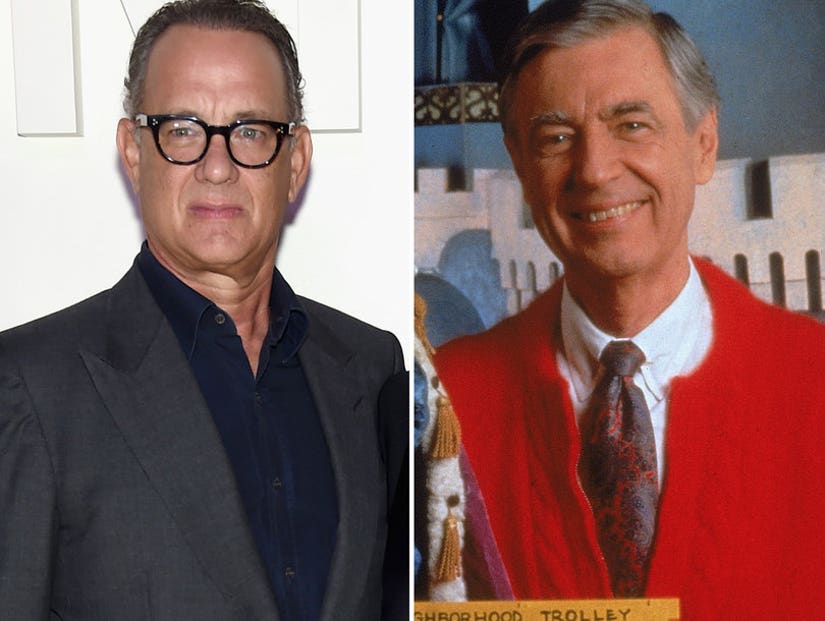