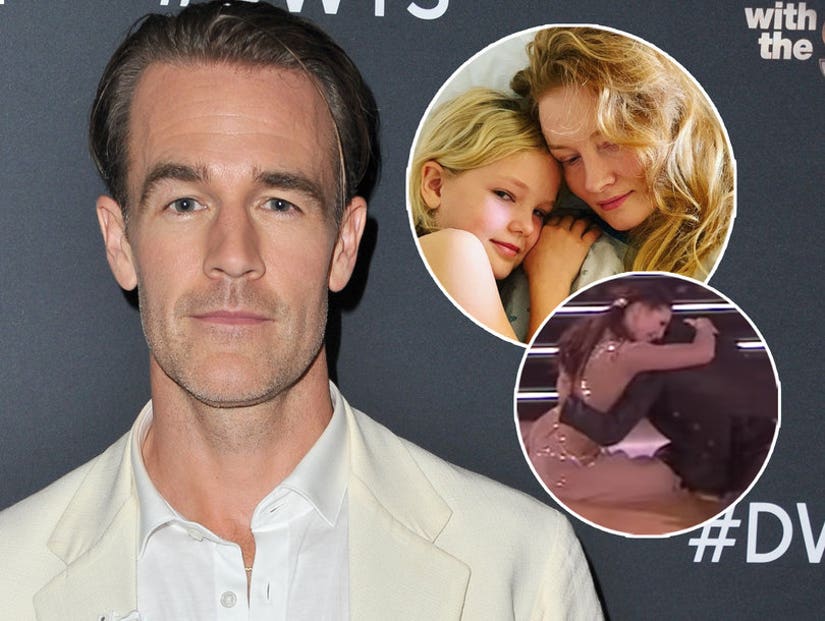 "In 48 hours, we lost our baby boy, by the way, and I almost lost my life," Kimberly says following the emotional elimination.

Before he was eliminated from "Dancing with the Stars" Monday night, James Van Der Beek announced his wife had suffered a miscarriage over the weekend.

Both James and Kimberly Van Der Beek went on to describe their shock and devastation, as Kimberly added that the experience almost took her life. She also revealed it was a boy. 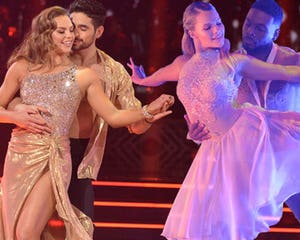 During Monday's semi-finals, the 42-year-old "Varsity Blues" and "Dawson's Creek" alum described the miscarriage as "every expecting parent's worst nightmare," adding, "You never know why these things happen. That's what I've been telling my kids. All you know is that it brings you closer together, it breaks you open, it opens up your heart, it deepens your appreciation, it makes you more human."

"Kimberly, I love you," he said, dedicating his dance to his wife. "Kimberly, I'm dancing for you. I'm dancing for us." After completing a near-perfect foxtrot with partner Emma Slater, James sat on the floor and wept into her arms. There was not a dry eye in the room.

Still, the judges voted to save Ally Brooke, which meant James was sent home. In tears, Ally tried to give James her spot in next week's finale, but she wasn't allowed to.

Hours later, Kimberly took to her Instagram Story, where she opened up about the experience as well as James' elimination in a selfie-style video.

"Thank you, everyone, for all of the love," she said somberly. "I don't even know how I'm gonna begin to respond to it all, so I think I'll just have to do it here."

"In 48 hours, we lost our baby boy, by the way, and I almost lost my life, which is not a story that has been told, but at some point, I can dig into the details with you guys about what happened in the emergency room," she continued. "And James got eliminated from 'Dancing with the Stars.' I'm pretty shocked."

"It is worth noting that Ally is a beautiful dancer, and we love her like family. And she tried to give her spot to James. She tried quitting the show. Little angel," Kimberly added. "But yeah, I'm not really ready to talk further about everything yet, but at some point, I will." 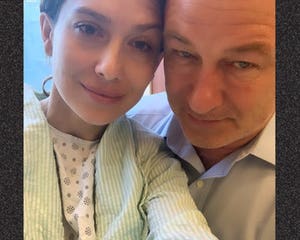 Kimberly alluded to the devastating loss in an Instagram post she shared earlier in the day. It was a video of the couple's 16-month-old daughter, Gwendolyn, climbing up the stairs of what looked like an inflatable bounce house to meet up with her 3-year-old sister, Emilia. Holding her baby sister in front of her, Emilia then slid down the slide.

"It was a TOUGH weekend," Kimberly captioned the video. "Extra thankful right now to have help with my kids. Keeping these cuties happy as can be while I replenish at home."

The Van Der Beeks have suffered miscarriages before, as James explained back in October when he went public with Kimberly's pregnancy.

"Miscarriage (a word that needs a replacement -- nobody failed to 'carry,' these things sometimes just happen) is something that people rarely talk about, and often go through in secret. But there needs to be zero shame around it, or around giving yourself the time and space to grieve," he wrote at the time, adding, "We decided to put ourselves out there -- not knowing what we'd find -- in an effort to chip away at any senseless stigma around this experience and to encourage people who might be going through it to open themselves up to love and support from friends and family when they need it most." 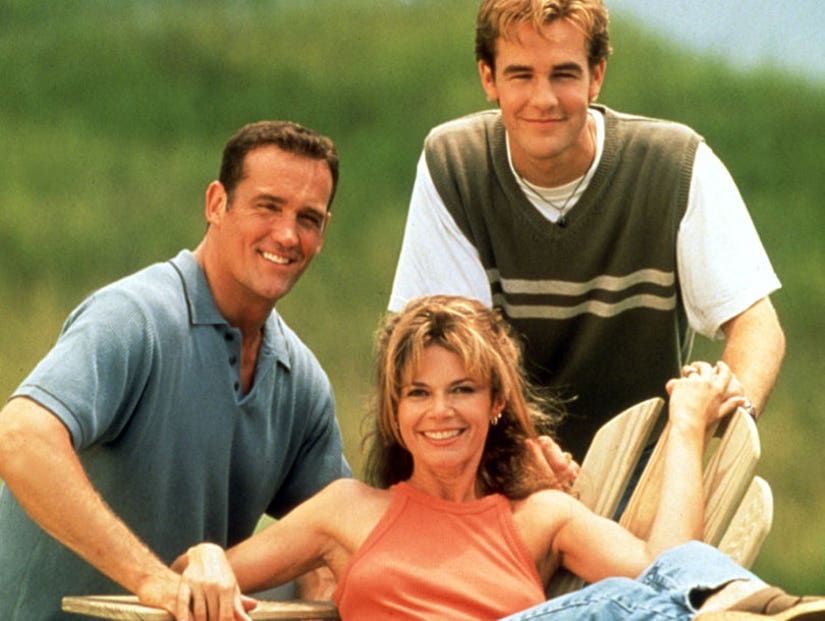