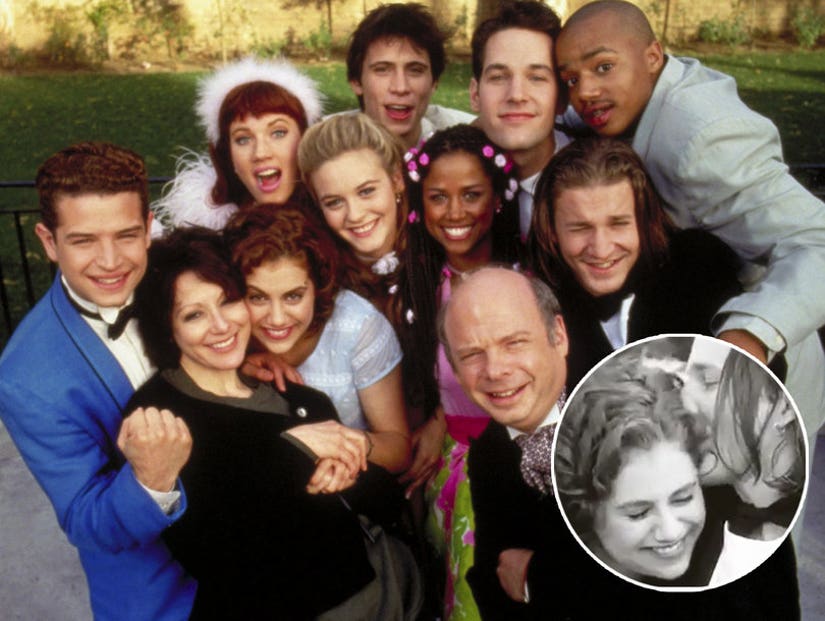 The actress died suddenly at the age of 32 after she collapsed in her Hollywood home.

Breckin Meyer posted a sweet tribute to Brittany Murphy 10 years after her death on Friday.

The talented actress died suddenly at the age of 32 after she collapsed in her Hollywood home in 2009, ending an impressive career which spanned both television and film, including roles in some of the most iconic productions of her era.

"10 years ago this magical, fantabulous angel left us WAY too early. She was so crazy talented and the sweetest lil fairy ya ever could meet," wrote Meyer -- her co-star in 1995's classic high school comedy "Clueless" -- alongside a black and white clip of the two from the film.

Referencing the clip using their character's names, he added, "Full Disclosure: Travis kisses Tai on the head because Brit and I knew each other for years before Clueless and she was always like a lil sister to me. Missing Brit lots today."

Murphy started her career as a teenager, working on TV shows such as "Blossom," "Party of Five" and "Boy Meets World," until she landed the role of skater punk Tai in the Alicia Silverstone-led "Clueless." The part featured the iconic line, "You're a virgin who can't drive."

She went on to co-star in "Drop Dead Gorgeous," "Girl, Interrupted," and "Riding in Cars With Boys," before cementing her name as a bona fide movie star when she worked alongside Eminem in "8 Mile" and Ashton Kutcher in "Just Married."

She also voiced the character of Luanne Platter on the FOX animated hit "King of the Hill."

At the time of her death, the Los Angeles County coroner ruled her death accidental, attributing the cause to pneumonia, combined with anemia and prescription drugs.

Even 10 years later, Brittany Murphy will forever be rollin' with the homies. pic.twitter.com/7GU2KR3DLw

Whenever I discover someone new from high school is now gay I'm devastated for the relationship we could have had stanning Brittany Murphy pic.twitter.com/LTOpLjagxZ

But questions surrounded the incident, as allegations of prescription drug abuse and eating disorders were rampant, with her husband Simon Monjack and mother Sharon Murphy denying such claims.

"My world was destroyed yesterday," Monjack told Access Hollywood at the time. "She had been tired at the end of the year, she made a couple movies."

When asked about any bad influences in her life, he responded, "I don't know why anyone would think that. She found love. We found love. Brittany didn't get to where Brittany was with anyone controlling her -- Brittany was Brittany."

Five months later, Monjack died in the same home Murphy was found dead, with the cause of his death eerily similar -- acute pneumonia and severe anemia.

RIP 10 years ago today to Brittany Murphy, the voice of this perfect born-again virgin puppeteer pic.twitter.com/mmufyL2m2x

I loved & lived for her movies but I discovered #BrittanyMurphy on "Almost Home"/ "The Torkelsons" & "Drexells Class" she was a bright shining star from the beginning. pic.twitter.com/huYGde6ymc