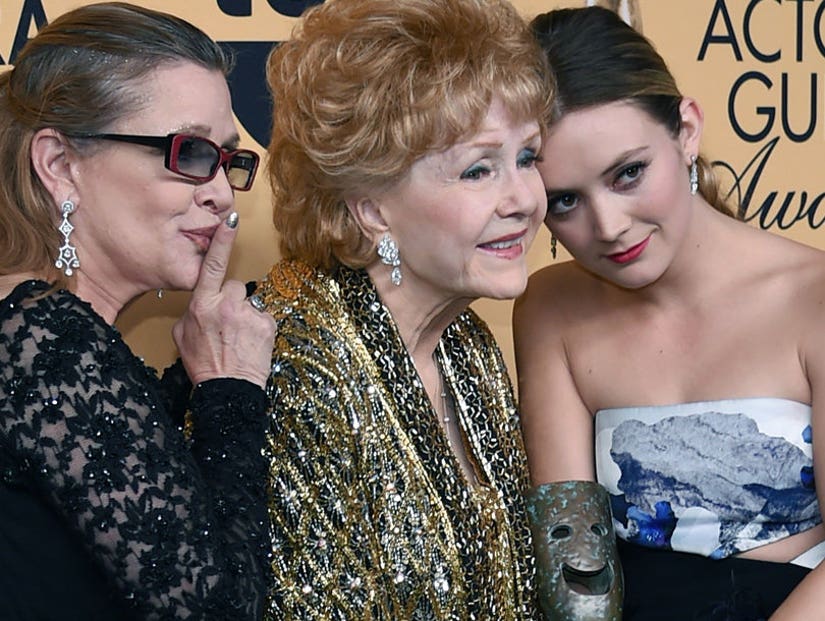 Her post comes three years after her mother and grandmother died over the holidays in 2016.

Billie Lourd knows more than anyone that this time of year can be a mix of emotions.

Early Christmas morning, the "American Horror Story" actress shared a photo of herself with her late mother, Carrie Fisher, and grandmother, Debbie Reynolds, who both passed away in late December 2016.

"Happy holidays! (But also sad/emotional/weird/stressful holidays!) Sending my love to everyone who has lost someone they loved and is missing them a little extra today," wrote Lourd. "I see you. It's okay if everything ain't all merry and bright. It can be a mix of all of it. And it's all okay."

"Feel all the feelings - the good and the not so good," she added, before listing ways to honor those who are no longer here.

"Eat something delish they used to love. Put on one of their favorite songs. Tell a story about them. Cry about them. Call one of their friends you haven't talked to in a while," she continued. "Be kind and patient with yourself. Don't grieve in silence. You're not alone."

Fisher died at the age of 60 on December 27, 2016, days after a heart attack on a flight from London to Los Angeles. Reynolds, Fisher's mother, died one day later at the age of 84.

Both Fisher and her daughter can be seen in "Star Wars: The Rise of Skywalker," in theaters now. While Fisher died before filming began, unused footage from "The Force Awakens" was used in the new film.