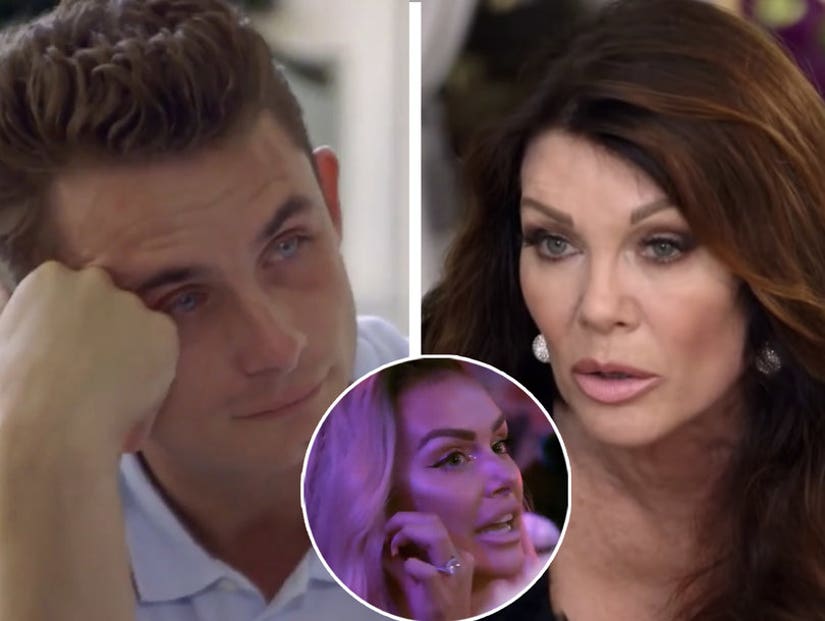 Lala and Raquel also seemed to bury the hatchet, before Kent resurfaced an old rumor which reignited their feud.

James Kennedy's newfound sobriety was the central topic of discussion on this week's episode of "Vanderpump Rules."

Earlier this season, his girlfriend Raquel Leviss told him he needed to shape up or ship out, after he got drunk and sent her a bunch of vile text messages. Tuesday night's hour saw Lisa Vanderpump reacting to the texts, before asking James over to Villa Rosa to confront him about his behavior. 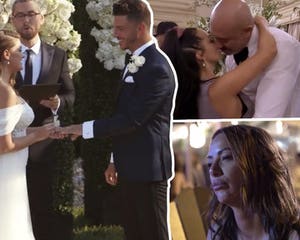 "For some reason I feel like I have a modicum of responsibility for your welfare and I don't know why, since you're not my child, but I do and I saw all those texts to your girlfriend," she told him as he sat down at her home.

"Those are words that come out of my mouth when I'm angry," he told her, but she wasn't having it. "It doesn't matter. To use those words to that girl that has stood by your side. If you love somebody you don't treat them like that, James," she said, scolding him.

"I don't treat her like that when I'm sober," he said, prompting her to tell him, "Doesn't that tell you everything? You have to get help." 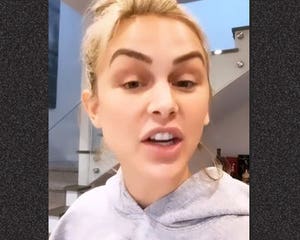 That's when James revealed he had just gone to his first Alcoholics Anonymous meeting the day before. "Don't f--king lie to me," said LVP, before he showed her his chip. "They gave me this, I had to stand up and say I'm an alcoholic, so, that's a big thing for me. I never did that," he told her.

He then broke down as he told her about the "sad stories" he heard about other people's lives at the meeting, crying as he said, "I didn't want mine to end up like that."

Lisa seemed proud of him for taking that big step, before offering to be there for him should he ever need it. "I don't mind being there if ever you feel the need to slip up or question the path you've decided to take," she told him, "You can call me." He was appreciative. 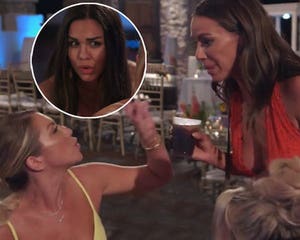 As this was happening, Lala Kent and Raquel met up to squash their beef from the previous season, after Kent repeatedly went after Leviss' intelligence.

"Last summer you put down my intelligence and it's one thing to question my character, but it's a completely different story when you diminish my intelligence and say that I'm stupid," she told her after they sat down for coffee. "If you really do feel that way, I have no problem taking my chai to go and we don't have a conversation."

Lala responded by saying, "my time is very precious and I would't waste it on someone who I felt was a true idiot," which warmed Raquel's heart. Raquel then told Lala about James' AA meeting and focus on sobriety, something which would come up again when they saw each other the next night at Tom Sandoval's birthday party.

The ceasefire between the two went up in flames when Lala approached Raquel and said her friend Logan saw James at a party "getting f--ked up." Leviss was livid, saying she was surprised Kent was still friends with Logan in the first place. Logan and James had a big falling out after Logan played into rumors the two had hooked up, which Kennedy has denied. 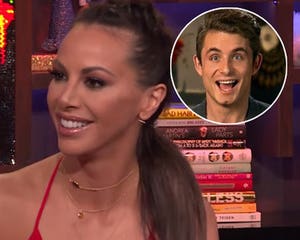 Calling him a good friend, Kent then claimed Logan was lying "for James" when he said on-camera nothing happened between them. Lala appeared shocked that Raquel "still believed" Logan's denial, before saying she knew the rumors were "not made up."

"Don't ever say shut the f--k up to me again, we don't want it to pop off like that," Lala told her. "I know we want to keep our head in the clouds, but we gotta bring it down for 5 minutes."

"Believe what you want to believe," said Raquel, before walking away. When Leviss filled in her boyfriend on what happened, Kennedy said, "F--k Logan, I'm done talking about him." In a confessional he added, "he's not going to make me drink ... nothing can make me drink."

In other news, Tom Schwartz had a funeral for his pet lizard, Daug, and Stassi Schroeder made it clear she wanted to exit her Witches of WeHo contract when it was up, after her and Katie Maloney's falling out with Kristen Doute. She also said she didn't really like working with other people, period. 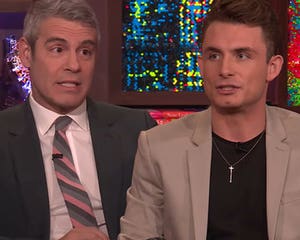