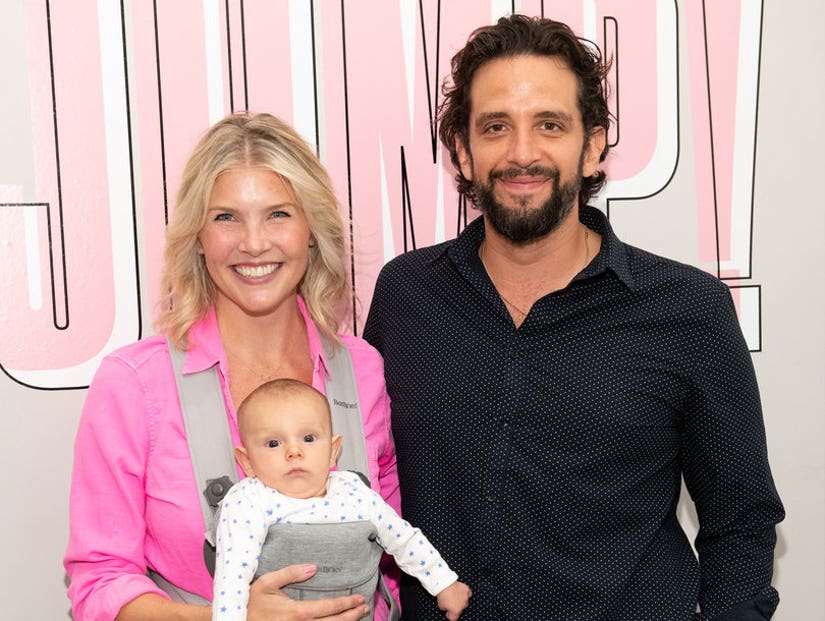 "I wish I could see him. Hold his hand. Touch his face. I do believe this would help him wake up."

Broadway actor Nick Cordero will have to have his right leg amputated due to complications from COVID-19.

On Saturday morning, Nick's wife Amanda Kloots took to her Instagram to deliver the heartbreaking news, explaining the blood thinner doctors had prescribed to stop the clotting in his leg had unexpected side effects.

"We got some difficult news yesterday," she began. "Basically, we had issues with his right leg with clotting and getting blood down to his toes. And it just isn't happening with surgery and everything."

"So, they had him on blood thinners for the clotting and, unfortunately, the blood thinners were causing other issues: blood pressure and some internal bleeding in his intestines," she continued.

"So we took him off the blood thinners, but that again was going to cause some clotting in the right leg. So the right leg will be amputated today."

Kloots, who shares 10-month-old son Elvis Eduardo with Cordero, captioned an IG Live post, "I wish I could see him. Hold his hand. Touch his face. I do believe this would help him wake up."

Cordero was first rushed to the ICU on March 31 after he had "trouble breathing." He was given two tests for COVID-19 which came back negative. A third test came back positive. About two weeks later, a new complication arose, according to Kloots, and he had to have emergency surgery.

"I got a phone call saying he had an infection in his lung that caused his fever to spike way above normal, which caused his blood pressure to drop and caused his heart to go into an irregular pattern," Kloots had said in an Instagram Story on April 12, according to People.

"He lost consciousness, he lost his pulse and they had to resuscitate him," she shared. "It was very scary. They had a very hard time getting him back."

Love and support from fans were sent to Kloots online as they used #WakeUpNick in their touching Instagram posts.

Cordero received a Tony nomination in 2014 for his work in "Bullets Over Broadway." He also had roles in "Rock of Ages," "Waitress," "A Bronx Tale."