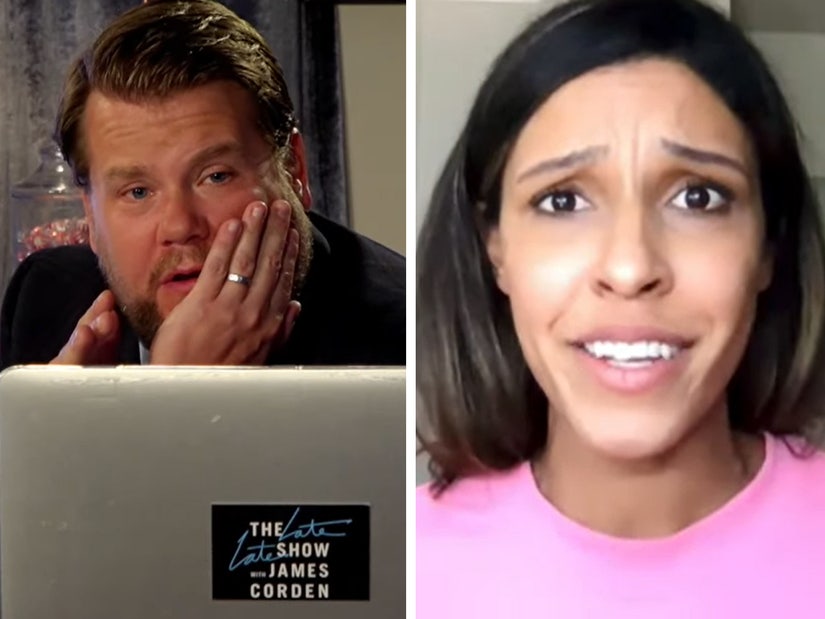 James Corden got a lesson on white privilege from one of his writers, Olivia Harewood, on Thursday's "Late Late Show."

During the 5-minute bit, in which Corden appeared ignorant to his passive role in racial injustice, Harewood explained how the host and other people in the white community can use their privilege for good.

"You have an amazing tool to help fight structural racism. The tool that you have is so powerful, you're probably not even aware of it," said Harewood, telling him it had nothing to do with his celebrity status, platform or "charisma," but instead his privilege.

"Having privilege isn't your fault. It's something you inherited, not something you did wrong," she continued, as the host claimed he wasn't born "privileged in any way" and didn't grow up in a wealthy home. "One of the biggest misconceptions about privilege is that saying you have it is saying you have an easy life or that you had it easy growing up," she explained. "It doesn't mean that. What privilege does mean, specifically white privilege, is that your skin color didn't make your life more challenging."

Exclaiming that he hates racism and admitting to having "a very charismatic white privilege" himself, Harewood explained that, because of it, Corden wouldn't have to deal with being racially profiled, turned down for a bank loan because of the color of his skin ... or ever be "a minority at your workplace so you have to explain privilege to people you work with." 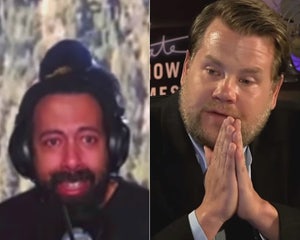 "Recognizing it is a huge step. Now that you've recognized it, you can use it to fight for a more just society," she said. "You can use your privilege to speak up for people of color in big ways and small ways," she continued, telling him and others to be sure to listen to the Black community on issues of race and not make it about their own feelings.

Corden's lesson comes after he had an emotional conversation with band leader Reggie Watts earlier in the week about race following the killing of George Floyd, during which they were both moved to tears.

"This is a time for me to listen, not talk. And then I realize that that's part of the problem," Corden said. "People like me have to speak up. To be clear, I'm not talking about late-night hosts, or people who are fortunate like I am to have a platform. I'm talking about white people."

Watts, whose mother is white, spoke about his upbringing and how she was a "fierce fighter and would get out of the house and get in people's faces about, you know, people calling me the N-word or whatever growing up and being different and stuff."

Tearing up, Watts continued. "I have this history in the black community in the Midwest that I don't access a lot because there's a lot of pain and emotion there, so it's hard," he said, as Corden also got emotional as he said he was sorry Watts felt that way.