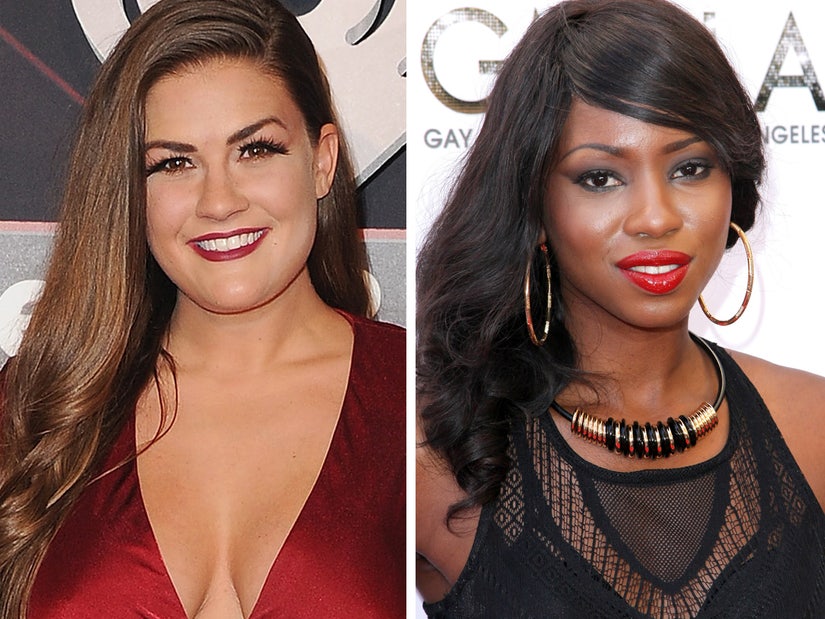 "Vanderpump Rules" star Brittany Cartwright tried to distance herself from some of her costars, after show alum Faith Stowers called a few of them out over how she was treated as the only Black cast member during her time on the Bravo series.

Stowers played a minor role in Season 4, before returning as a guest star in Season 6 following a hookup with Jax Taylor -- who cheated on his then-girlfriend/now-wife Brittany with her. While Brittany said she was "rightfully" angry with Stowers at the time, she insists she's not a racist.

"Can you please address the racism regarding Faith Stowers, calling her hair 'nappy' as well as complicit support of the cops being called on her?" one of Brittany's followers commented on her Blackout Thursday post from last week.

"I had NOTHING to do with that. She knows I don't have a racist bone in my body. She hurt me really bad and never once apologized," Brittany replied before shutting down comments on the post. A screen shot of her response was captured and shared on Reddit.

"I was nothing but nice and kind to her up until that point and I had nothing to do with any cops," she continued. "She knows that and I have NEVER once spoken publicly about her. It's a shame I'm getting dragged into this whenever I have finally been able to move on with my life. I will continue to support this movement and I won't let this drag me down. Have a great day."

She then turned her focus on Stassi Schroeder and Kristen Doute, accusing them of calling the police on her after they said she looked like a different Black woman who had been drugging and robbing men in Los Angeles at the time. When the police did not take Stassi and Kristen seriously the two admitted to also calling the military police claiming Stowers had gone AWOL -- Stowers says she was honorably discharged -- and accused her of stealing Jax's car.

The two boasted about their behavior online and in interviews at the time. Following Faith's interview calling them out, they both apologized this week. Since Faith's interview, Stassi has been dropped by both her publicist and agent, as well as partnerships with razor brand Billie and Ritual vitamins.

Old tweets from Jax were just resurfaced amid all the controversy, where he also played a part in the campaign against Faith. "Shes wanted by the police for grand theft auto and 'awol' from military, bad idea to be on a reality show dude," he tweeted in 2017. "Someone's going to jail."

So far, Bravo has not commented on the ongoing scandal.