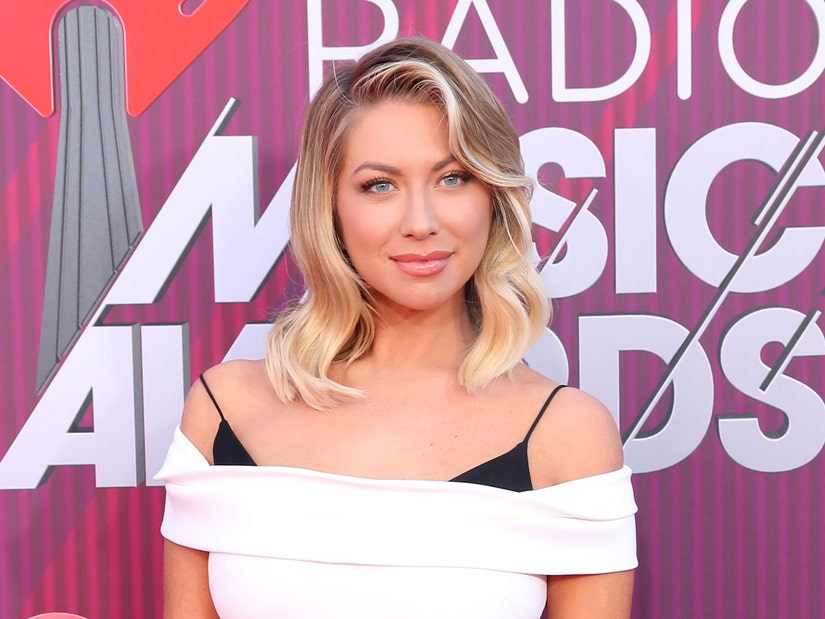 "When they get upset, everybody has to go above and beyond to then make them happy."

Stassi Schroeder apologized for "racially insensitive comments from my past" — and it doesn't look like it was an isolated incident.

While the "Vanderpump Rules" star was facing backlash last week over her treatment of former co-star Faith Stowers during a 2018 guest podcast, a second, equally cringe-worthy podcast clip resurfaced — this time her own.

While discussing the #OscarsSoWhite controversy in March of 2017 on her "Straight Up With Stassi" podcast, she complained about Black people "bitching" about not getting nominated.

"I'm like, really sick of everyone making everything about race," she said. "I'm kind of over it."

She acknowledged she was "one person whose not allowed to say that, because I’m a white, privileged, blonde 28-year old," but insisted that because she had a podcast, she was permitted to broadcast her opinion.

"But like, everyone giving their impassioned speeches about race and all of that stuff, I'm like, 'Why is it always just about African Americans?'"

She added of Black people: "And then when they get upset, everybody has to go above and beyond to then make them happy."

"And I hate saying the word 'them' because I'm not..... not everybody's the same," she attempted to clarify. "I mean the ones that are out there bitching about things."

She claimed Black people weren't missing out on nominations because of their skin color; "Maybe you weren't nominated because you didn't do that great of a job in your movie."

Stassi was upset at the time that "Moonlight" had beaten "LaLa Land" for Best Picture, which she didn't think it deserved — even though she admitted "I didn't f--kin see" the former.

She did, however, claim to know what it was about.

"The reason why it won was because it was like, 'the message'," she scorned. "It's groundbreaking because of 'the message'. Winning Best Picture to me isn't about the f--king message. Like it's not church."

Stassi opined that such "politics" should be kept out of the Oscars.

"The Academy Awards are so I don't have to think about any of that shit, and I can just focus on those f--king dresses," she insisted.

The entire March 2, 2017 episode was deleted from Stassi's own site; but it is still available on other podcast platforms.

On Sunday Stassi took to Instagram to apologize for unnamed "racially insensitive comments from my past"; she also apologized to Stowers specifically.

It came after Stowers spoke out last week during an Instagram Live chat about some of the behavior she was subject to as the only Black cast member — including Schroeder and Kristen Doute calling the police on her claiming she was the perpetrator in a news story about a Black woman drugging and robbing people.

"They thought it was me because it was a Black woman with a weave," Stowers said. "They just assumed it would be me and they called the cops on me."

TooFab reached out to Stassi's last known publicist, but they said they no longer represent her.