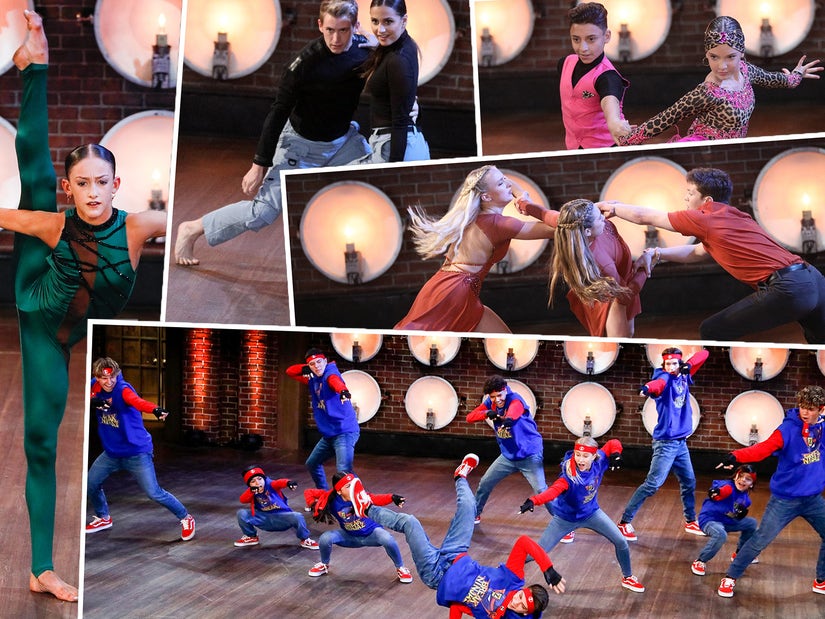 Chemistry is the key this season as one real-life couple sizzles on the dance floor (offering redemption to one of them) and a contemporary trio wows with an incredible story of pain and struggle.

This week's "World of Dance" brought back a couple of familiar faces to the "WoD" family, if not necessarily the viewers. One group was back for their third try, while another dancer is hoping a new partner will offer the judges better chemistry.

She was cut last year during this round for a lack of chemistry with her then partner, so she decided to audition this time around with her boyfriend in a powerful fusion piece.

The other familiar faces were new to the judges, too, as they'd never made it even this far in the previous two seasons. There's something to be said for hard work and dedication, but was it enough this time to see the Duels?

We came into this week still waiting for that hip-hop group to really smack us down with their moves, and then we smacked down even harder by a contemporary trio with incredible chemistry, musicality -- seriously, they have to be seen to be believed.

And it was tears for everyone as J.Lo came face-to-faces with an entire group of first-generation Latin woman who were almost all inspired by her success story to believe that anything was possible for them. They brought Latin flair into hip-hop in an intriguing fusion, but was it enough to get J.Lo to want them back?

This season, contestants are getting a simple yes, no or callback vote from the judges. Callbacks will come back for one last shot to make the Duels. Fair warning, since I'm safe at home, I'm probably going to be a little harsher than my colleagues  Ne-Yo, Jennifer Lopez, and Derek Hough. But I might be nicer, too. Maybe. 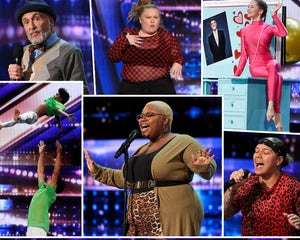 (Upper Team - hip-hop) Another one we only saw in glimpses, but those glimpses showed us that even when they were supposed to be dancing together, they kind of weren't. We love celebrating their differences, but all at the same time kind of makes a mess. This one needs a vision, and they need to work together so that individuality can shine through the chaos.

(Junior - Latin ballroom) From "Little Big Shots" to "World of Dance," these judges are much harder to impress. We only got a few moments of their audition, but they brought some genuine flair and energy to the piece. It didn't appear, though, as if they'd yet mastered the full attitude and spirit of the moves. Right now, they're very good recital performers on their way to possibly having it "click" to the next level, as Derek put it.

(Junior Team - hip-hop) There was certainly an element of fun, but it seemed to lack innovation or creativity. The choreography was all things we've seen before. And while the group is solid, it's easy to see why they're only advancing incrementally each year. This was not as tight as a group like this should be after three years working together. They need to maybe figure out a collective vision so they can find a way to really stand out among the other dancers. Right now, it looks like good amateur talent show stuff, but that's not enough. 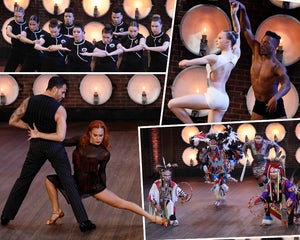 (Upper Team - jazz funk) We loved the Latin influence thrown throughout, with lots of little ballroom moments (and even the design of their outfits) to really bring him the roots they're representing. This was a very tight group that gave strong visuals, but we'd have liked a little more variety in that presentation. It also seemed to lack any real wow moments. In fact, it felt like maybe it was ramping up to something just as it ended, which is disappointing. And will make it hard for them to compete on this stage.

(Junior Team - breaking) It's so hard to do breaking in choreographed routines, but these groups are getting better and stronger with it each year. The tandem footwork was incredibly tight -- which is nearly impossible -- and we think just a tease of what this group is capable of. They clearly work incredibly hard at what they do and managed to make breaking look like something that could compete alongside some of the more long-standing choreographed formats. We think they were ready to prove they could step it up even more, but Derek and Ne-Yo weren't feeling it just yet.

(Junior Team - fusion) We loved their confidence in the littlest movies between their big moments. This was a visual delight from start to finish with great musicality. They were very tight throughout and had a clear vision of how they wanted to present their story. The discipline helped to bring out the emotion of their work beautifully.

(Upper - urban dance) This was an interesting piece, with a lot of staccato movements that had to be so precise to work. Erica definitely has stronger chemistry with this partner than she did last season and it shined through in a confident performance. There was lots of attitude. We'd have liked a few moments to really jump out -- the camera appeared to cut away during the one the judges liked best -- and make this more memorable, but we nevertheless couldn't take our eyes off them (Josh a little stronger). They're cool factor is through the roof.

(Junior - contemporary) While we saw a bit too much of that contemporary leg (I can stick my right leg up), Keagan made some really interesting other choices along the way that made her compelling to watch. We loved the juxtaposition of flex and point, as well as the contortion to add a bit of the gross-out to her otherwise smooth transitions. There were a few moments in the middle where it got a little sleepy in the choreography, but her work and presentation when on her feet was always intriguing. She's got a lot of potential to really shine.

(Junior - contemporary) After seven years dancing together as a trio, they really needed to deliver in the feels and boy did they. We loved that individually they were each nearly as watchable as when they dance together. The partnering one-on-one is incredible, as a trio was impeccable. This had heart, passion, conviction and gorgeous storytelling and musicality. This is easily one of the most exciting acts yet to hit the stage. The potential for greatness is just through the roof.