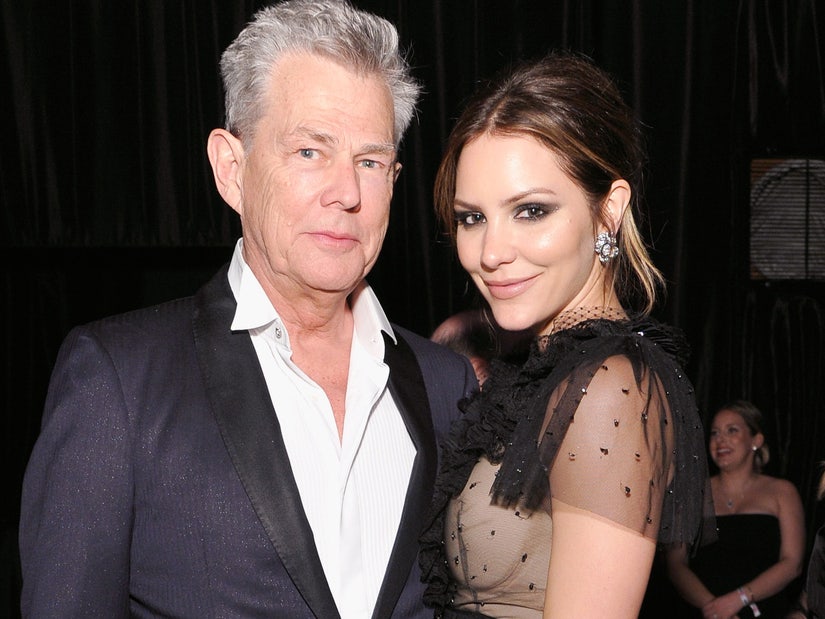 The news comes on the heels of their one-year anniversary.

Katharine McPhee finally let her fans know why she decided to walk down the aisle with David Foster.

The "American Idol" runner-up, 36, hilariously responded to a tweet about her composer husband, 70, from fellow musician, Charlie Puth, who bowed down to David regarding a song he wrote that Whitney Houston sang in "The Bodyguard."

"The second chord (E minor something) in the intro of I Have Nothing by Whitney Houston will always give me chills. That warm pad under the DX7 piano when it comes in wowwwwwwwwww," Charlie posted.

Katharine then retweeted it, writing, "The real reason I married David."

The wise-crack came only hours after the "Smash" actress took to Twitter to celebrate her and David's one-year anniversary.

"A year ago today I married the love of my life. Thank you for always loving me and inspiring me in all aspects of my life. I love you. Here’s to the future!" she wrote alongside a gorgeous picture from their wedding.

She also took to Instagram writing the same caption and adding, "(Oh and happy anniversary to the other love of my life - this dreamy dress! 😂💕 thank you @ZacPosen!!)"

The post included an adorable clip of Zac tailoring the wedding gown while Katharine was trying it on.

David shared his own tribute alongside a gorgeous snap of the couple, writing, "happy anniversary to the love of my life!! Last summer at the beautiful Miramar!!"

The pair first met on Katharine's 2006 season of "American Idol" when David acted as the contestants' mentor.

On June 28, 2019, they got married at the Church of Saint Yeghiche in London.

Katharine was previously married to Nick Cokas from 2008 to 2016, while David was married to B.J. Cook, Rebecca Dyer, Linda Thompson and Yolanda Hadid.