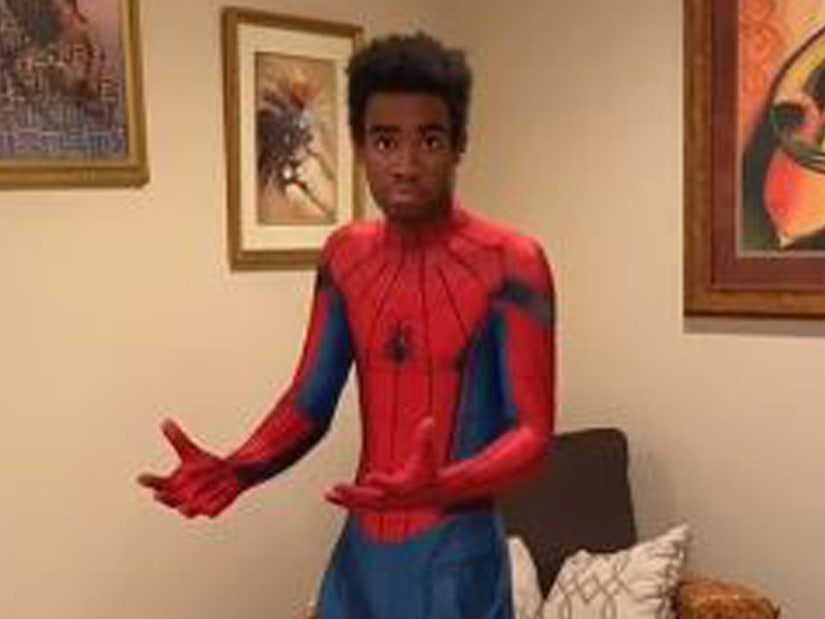 Julian Bass transforms into a Jedi, Ben 10 and Spider-Man in the amazing clip.

A 20-year-old showed off his incredible special effects skills on TikTok as a Hollywood calling card and, wow, it certainly worked.

Julian Bass took to Twitter on Thursday to post his 20-second clip where he transforms into three of his favorite "heroes" -- a Jedi, Ben 10 and Spider-Man -- while Harry Styles' "Watermelon Sugar" plays in the background.

The Georgia State University student wrote alongside the amazing video, "if y'all can retweet this enough times that Disney calls, that'd be greatly appreciated."

if y’all can retweet this enough times that Disney calls, that’d be greatly appreciated pic.twitter.com/GrKlIRxg3J

By Friday morning, the video garnered 14 million views, one million likes and 420,000 retweets. Most impressive was the fact it caught the attention of Hollywood heavyweights such as Zach Braff, Josh Gad, Matthew A. Cherry and James Gunn.

It also got him some attention from one very important man at the Mouse House, as Disney Executive Chairman Bob Iger replied to the video, tweeting, "The world’s gonna know your name!!!"

Julian replied, "This is the beginning!!!" followed by, "Let's schedule a time to talk!!!"

This is the beginning!!!

"I absolutely had no idea it'd get this big," Julian told The Hollywood Reporter. "I mean, I've always put 100% into the videos I make and they're usually well received by those around me but nothing of this caliber."

The video even launched a campaign to have Julian play Miles Morales in a live-action version of "Spider-Man: Into the Spider-Verse."

"It's insane. No other way to put it," he continued. "I mean, these are people who have always been on my radar and it means everything in the world to me that now they've inspired me to a point where I'm on theirs. And as for Bob Iger, [it's the] icing on the cake!!"

He told the outlet that Hollywood representatives have already contacted him.

"There's most definitely going to be some discussions about what can be done going forward."