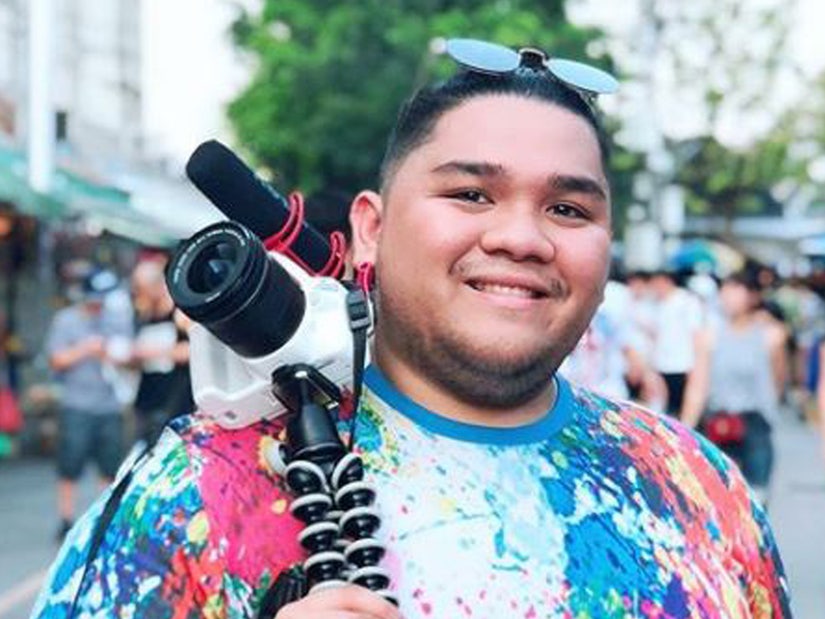 "May he be remembered for all the joy and laughter he shared with everyone," wrote his family.

Lloyd's family revealed the cause of death in a Facebook post on Monday, saying that "there are simply no words to express our heartfelt thanks for the prayers and sympathy you have extended to our family during this time of loss."

"Lloyd was confined in the hospital on September 1 due to high fever and dry cough. He was tested for COVID-19 on the same day which the result came out positive on September 3," read the new statement. "As soon as the result of his swab test came out, our family, including BNT immediately isolated themselves. His vitals were okay and had no complaints. On September 4, 5am he was seen by the staff unresponsive and pale looking. As informed by the doctor, he suffered a heart attack while asleep. He was cremated yesterday and his remains is in our house in Cavite in the meantime."

The family said "All expressions of sympathy, including flowers and cards are welcome. You may send them at Immaculate Conception Chapel - Kaingin."

YouTube star Lloyd Cafe Cadena has died at the age of 26.

The family of the social media personality -- who had 5.3 million subscribers to his channel and over 6.8 million Facebook followers -- revealed the news in a message posted to his accounts early Friday morning.

"It is with a heavy heart and great sadness that we announce the untimely demise of our beloved brother Lloyd Cafe Cadena," the statement read on his Facebook page. "May he be remembered for all the joy and laughter he shared with everyone. My family and I ask for your prayers, respect, and privacy during this time."

The cause of death has yet to be announced.

The Filipino vlogger started his YouTube channel in May 2011, creating humorous content revolving around everyday life. One segment on his channel -- called "Lutobaninat"  -- is described as a "not so typical cooking show where laughter is the main ingredient."

The videos have garnered more than 440 million views.

After Cadena's family confirmed his death, fellow YouTube stars took to social media with an outpouring of love for the young comedian.

I lost my bestfriend today. 💔 😭

Not a lot of you may remember this, but one of the first collabs I ever did was with Lloyd Cadena (he agreed to collab with me when I was literally at less than 10k subs!).

Lloyd was one of the funniest, non-toxic, and humble YouTuber I've ever met.

"I lost my best friend today," tweeted Madame Ely, as Andi Manzano Reyes shared, "This breaks my heart. You made so many people so happy and have touched many lives including mine. Gone too soon 😞 you will be missed Llyod."

Filipino television host Bianca Gonzalez posted, "I only met him and would see him at events but he was always so gracious and his joy would radiate. My sincerest condolences to his family and loved ones. Rest in peace, Lloyd Cadena."

The tragic news follows the recent deaths of other social media stars, including Landon Clifford of "Cam & Fam" fame, who committed suicide at the age of 19 last month. In July, Nicole Thea, 24, who was pregnant, suffered a fatal heart attack. TikTok sensation Siya Kakkar was reported to have taken her own life at the age of 16 in June.