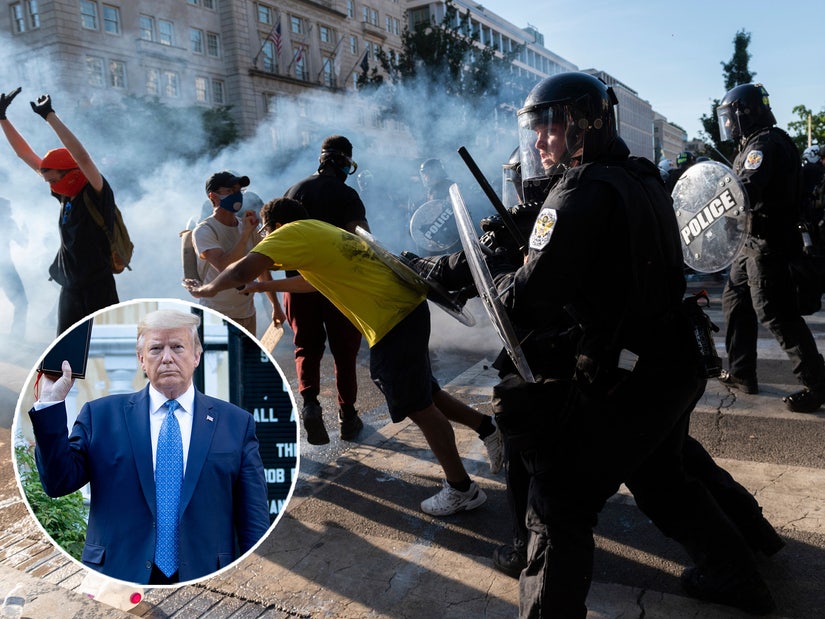 Police used tear gas and batons to clear the way — but they might have deployed something even worse.

Military police wanted to use a "heat ray" to clear protesters for Donald Trump's infamous "Bible photo op" on June 1, a whistle-blower has claimed.

In sworn testimony, Major Adam DeMarco of the D.C. National Guard revealed that his superiors were trying to source crowd dispersal weapons that have previously been deemed too unpredictable or too inhumane for use in war zones.

Among the equipment being sought: an Active Denial System — or ADS — a vehicle-mounted heat ray that makes a target's skin feel like it's on fire.

The gun fires high powered invisible waves at human targets, working similar to a microwave oven, by exciting water and fat molecules in the skin to cause an excruciating burning sensation. In tests, human subjects reach their pain threshold within three seconds, and no subjects were able to bear it beyond five.

In his written response to the House Committee on Natural Resources, which is investigating the incidents surrounding the protests in Lafayette Square, obtained by NPR, Major DeMarco said his bosses boasted in an email: "ADS can provide our troops a capability they currently do not have, the ability to reach out and engage potential adversaries at distances well beyond small arms range, and in a safe, effective, and non-lethal manner." 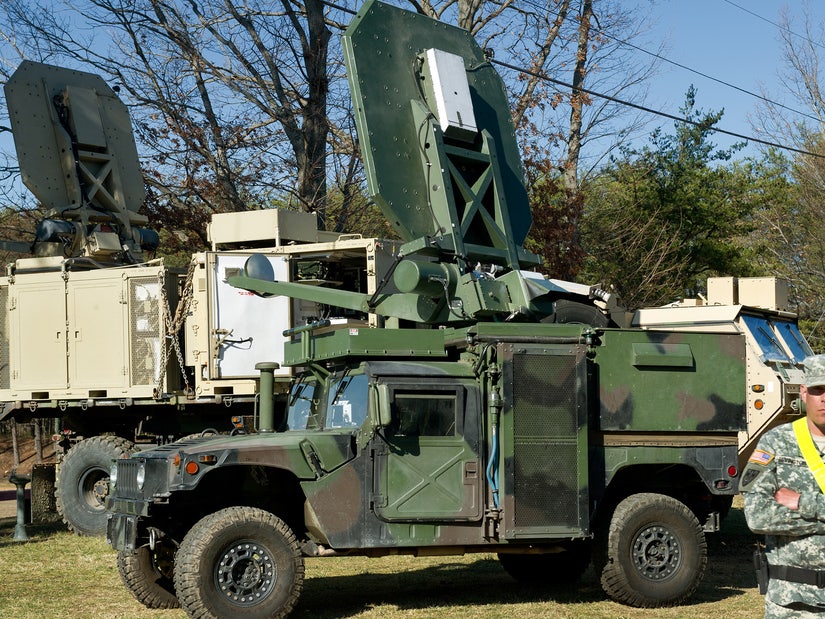 In that same email, DeMarco said the Provost Marshal of Joint Force Headquarters National Capital Region was also looking for a second piece of military crowd control equipment: a sonic weapon known as a Long Range Acoustic Device, or LRAD, which can emit a piercing sound at deafening levels.

While this can be used for crowd dispersal, it can also be used in the same situation to broadcast instructions, ensuring people at the backs of crowds can hear.

By law, Military Police must clearly warn protesters of the weapons they are about to deploy, be it heat ray — which wasn't used — or tear gas or smoke grenades — which were.

Protesters on the day claim they weren't warned before they were forcibly removed from the area around St. John's Episcopal Church ahead of the Presidents much-derided photograph session. Defense officials claim they were warned, using the LRAD.

Testifying before the same House Committee in July, Gregory Monahan, acting chief of U.S. Park Police claimed: "The protocol was followed... There were three warnings given and they were given utilizing a Long Range Acoustic Device; it's called an LRAD, that's what it stands for, that was the device used."

However, in his reply to his superiors, Major DeMarco confirmed they had neither an ADS nor an LRAD to use against the protesters that day.

A Defense Department official told the Washington Post that the email inquiries into the weapons were just routine inventory checks.

Last month the New York Times reported that the Trump administration met in 2018 to consider using the ADS on the Mexican border to repel immigrants.