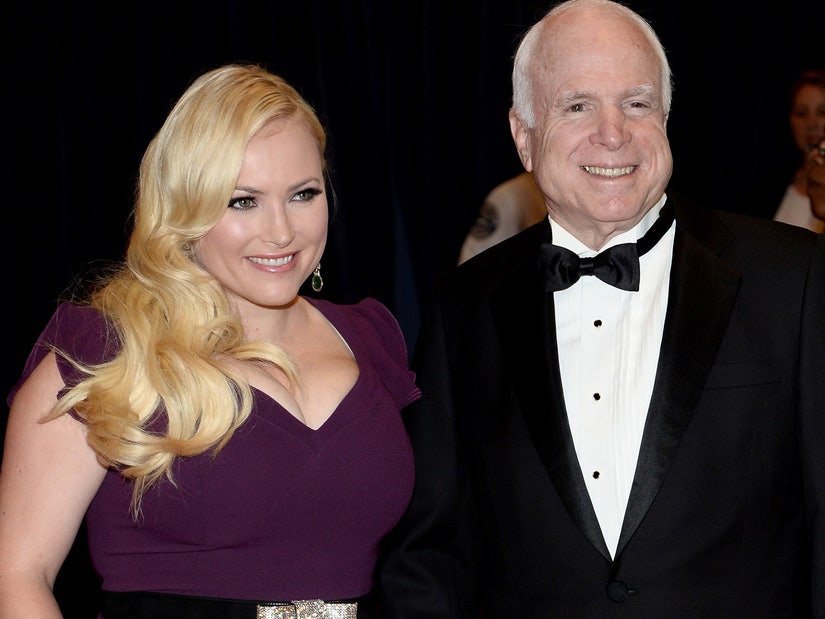 Meghan McCain recalled speaking with her father about the eulogy she would give at his funeral after he was diagnosed with brain cancer in 2017.

During an appearance on the History Channel's "It Was Said" podcast, the "The View" host revealed the late John McCain had some advice for her speech, which took place at the Washington National Cathedral on September 1, 2018.

"I thought it was such a weird suggestion and request," she continued. "Because you think of eulogies as being sad and stoic and sort of beautiful and maudlin. And he really wanted fire."

Some would agree that Meghan did indeed bring the "fire" during her eulogy, as she made jabs towards Donald Trump, who was not invited to the memorial as he often criticized the late senator.

Meghan even admitted on the podcast that she was unsure of what her father was asking of her, but after taking time to process the conversations, she "really understood what he meant."

"I was just horrifically in grief and so sad and really just barely functioning on a physical and emotional level right after he died," she explained.

When news spread that Trump was reluctant to lower the flags at the White House in honor of McCain, Meghan said she was overcome with emotion.

"I was very, very angry," she confessed. "Because I felt like it was becoming politicized and then there were controversies with President Trump and the White House lowering the flag — and my grief turned to anger."

Earlier this month, The Atlantic reported Trump allegedly had more to say regarding the death of McCain.

"We're not going to support that loser's funeral," Trump allegedly told his staff when the White House flags were lowered to half-staff.

The article also claimed the President called the late Senator and former President George H.W. Bush "losers" for being shot down in combat.

The publication didn't reveal its sources and Trump has denied the allegations.

In response, Meghan took to Twitter at the time and posted, "No one is more acutely aware of how vile and disgusting Trump has been to my family, it is still hard to understand."

"This never stops being incredibly painful, triggering, and it rips off new layers of grief that wreak havoc on my life," Meghan followed up in another tweet. "I wouldn't wish any of it on my worst enemy. I truly pray for peace for my family, our grief, and for this country."