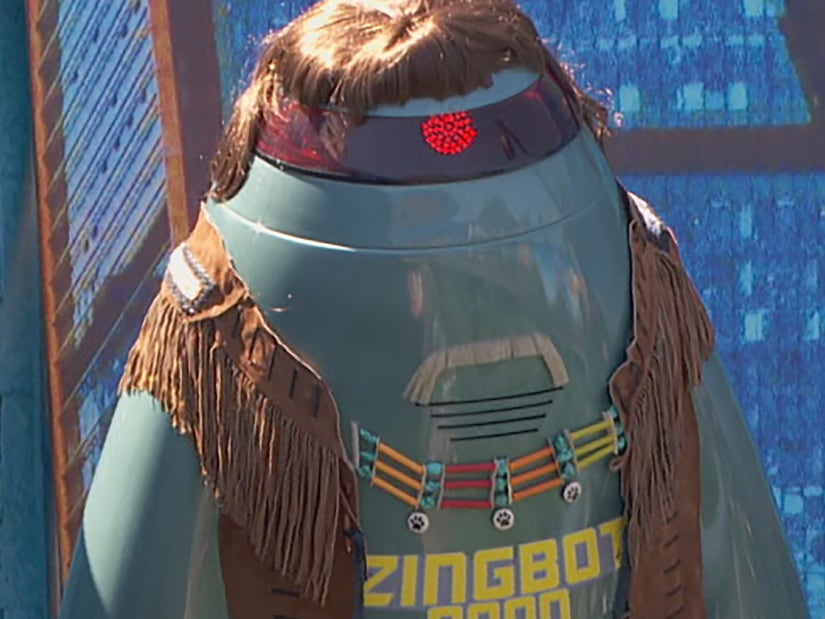 Zingbot gets a "Tiger King" makeover as The Committee starts actively working against one another -- but can any of this save Da'Vonne or Kevin?

Things are starting to shake and stir a bit on this "Big Brother All-Stars" season, and that was before Zingbot came along and threw straight shade at both Christmas and Nicole.

His barbs have always varied from Houseguest to Houseguest, but these seemed to be among his most savage ever. Meanwhile, some others got off pretty light. 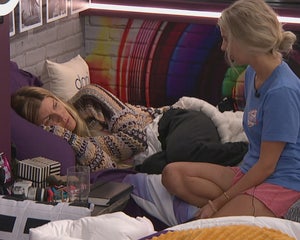 Perhaps most remarkably, though, was that these zings revealed nothing about the game when usually they offer the HGs some insight into one another. We've still got 'em queued up and ready to fire in a bit for you!

Regardless, it was a fun diversion in a week where house relations have gotten very complicated. Seriously, it took several minutes for the voiceover guy to even lay the foundation of what all has been going on the last week or so.

The bottom line is that poor Da'Vonne is completely flummoxed and confused, having been successfully fooled by both Dani and Nicole. And poor David is devastated that he's lost allies and friends in the house, framed for something he didn't do.

We always wonder how the Houseguests will feel when watching the season back, and we suspect Da'Vonne in particular is going to feel horrible for how much she turned her back on David when it was actually Nicole who repeatedly lied to her face about voting Ian out of the house. 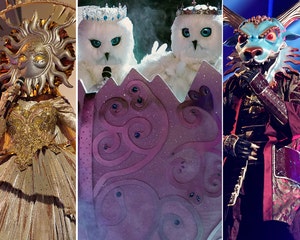 This Is a Man's House

We wish we could say it wouldn't be nothing without a woman or a girl, but we suspect they may well find themselves even more of an endangered species after this week. And Dani's dream of an all-girl finale seems a pipe dream at best.

They kind of doomed themselves by agreeing to whittle their numbers so fast while the guys solidified strong bonds. Even Enzo is in tighter with Cody and Tyler than either Nicole or Dani, and he's not even in The Committee.

This week, the Veto revealed so much about the dynamics in that alliance (and the house at large). It started with Memphis again going rogue and telling no one his plan. Then at the Veto meeting, Da'Vonne and Kevin both drew Houseguests' Choice and neither of them chose David to play for them.

Instead, they actually chose both Dani and Nicole, who are the ones who framed David to begin with. Now, they both want to work with Da'Vonne and Kevin, but only to use them to further their own game. They sabotaged a real relationship she had to use her for their own ends. 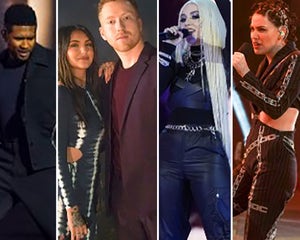 And poor David, who has been outclassed this whole season, is now just cruelly being tormented because he knows he's being framed, he knows he didn't do what they say he did, he knows their lies destroyed his relationship with Da'Vonne -- and there's nothing he can do about it.

Back to The Committee, though, after Memphis pulled Tyler's chip, he quickly told Tyler, Dani and Nicole to all throw the comp. And then when he walked out of the room, all three decided hell-to-the-no. And they didn't.

In fact, Da'Vonne and Kevin got smoked by all four of The Committee members, with Tyler coming out the ultimate victor. Now, he wants David for his own reasons, but we have to give credit where it's due.

Tyler also saw that Nicole and Dani were gunning for it and recognized that they were probably doing it to save Da'Vonne (they were), indicating that they might have a side deal going with Day and Kevin -- he apparently doesn't know about the sabotage David ruse they pulled.

Regardless, he got Memphis on board with his plan to break up this powerless power duo before getting rid of David, which is really just moving the deck chairs around on the Titanic at this point. None of it really matters, unless they're worried about one of these outsiders winning HOH. 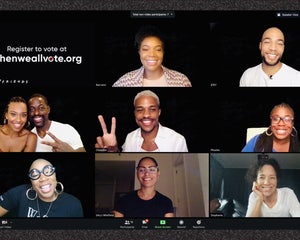 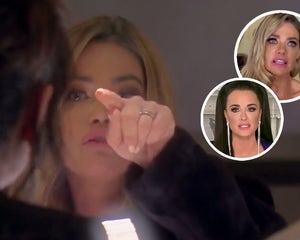 Tyler Crispen made a bold strategic move for his own game, covered it beautifully with Memphis and proved that he has a (mostly) accurate and keen sense of what's going on in teh game and what moves need to be made when. He really is one of the best to ever play. Grade: A+

Cody Calafiore has played a strong game all season, consistent and always where he needs to be and aligned with the right people at the right times. The problem is that if it comes down to him and Tyler at the end (which could happen), Tyler plays a flashier game and might pull off the win. Grade: A

Enzo Palumbo is on the outside looking in, but The Committee is already cracking and he has a good working relationship with the two guys above him. At this point, there's nothing really stopping the three of them from making it all the way to final three together, and there's a good chance they'll do just that, dependent on HOH wins. Grade: B

Christmas Abbot is probably the only person in the house truly loyal to The Committee, and that loyalty will be used up until she is of no value to anyone anymore. At that point, she will be cast aside and probably won't have anyone left ready or willing to pick her up. Grade: B-

Memphis Garrett got outplayed by Tyler this week, to his own benefit in some ways. That said, the power is so solidified and everyone is so afraid to move against the real powers-that-be in the house, he'll probably be fine for quite awhile. But when it comes to it, we're not sure he has any true allies. Grade: B- 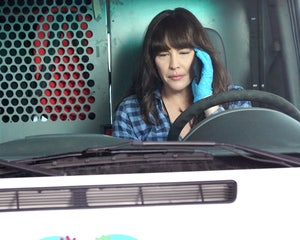 Nicole Franzel has begun raising suspicion with the boys in The Committee, so they will take a shot at her before they let her solidify anything outside the group that might prove to be any threat to them. And there doesn't seem to be much she can do about it as her closest ally in the house is an even bigger target now. Grade: C+

Daniele Briones has been stirring pots all season, and this week she may have tipped her hand a little too hard trying to save Da'Vonne from the block. If Da'Vonne goes home, then we'll know that was a shot at her. They want to give her no options but The Committee, and then cast her off as soon as he value is spent. Grade: C

David Alexander was spared the block by Tyler, but he'll be gone in the next couple of weeks unless something dramatic happens. At this point, Dani and Nicole have effectively destroyed all of his relationships in the house, and if Da'Vonne goes this week, he's going to become even more disheartened that she went out believing he betrayed her like that. Grade: D

Kevin Campbell may well survive the block for the fourth time, but only because no one really sees him as a threat, despite his Veto win this season. Da'Vonne is a more aggressive player and a more strategic player. But even if he survives this week, he won't be far behind her. Grade: D

Da'Vonne Rogers is probably the biggest threat of the three remaining outsiders. So as much as it matters in what order they go out the door, she'll be the shiniest target this week. Then next week, David and Kevin can sit next to each other. Grade: D- 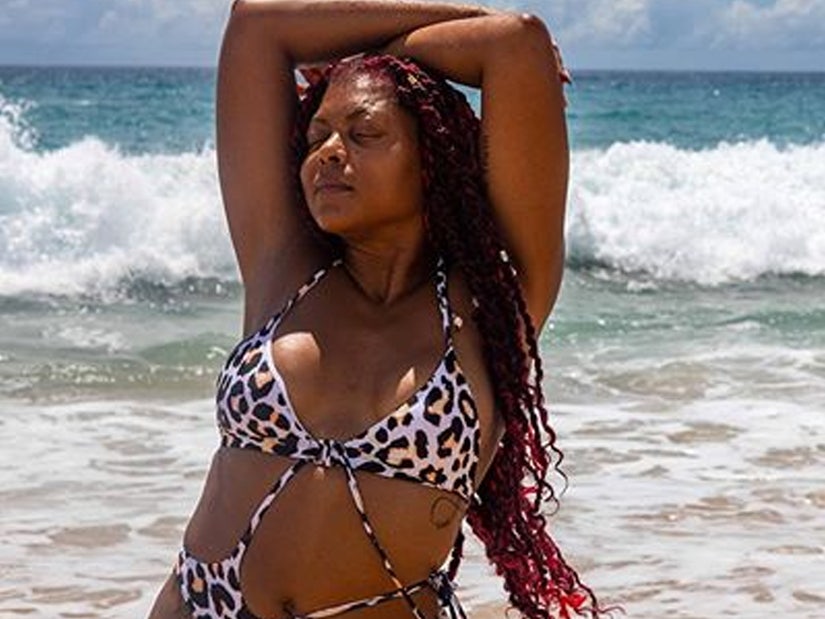