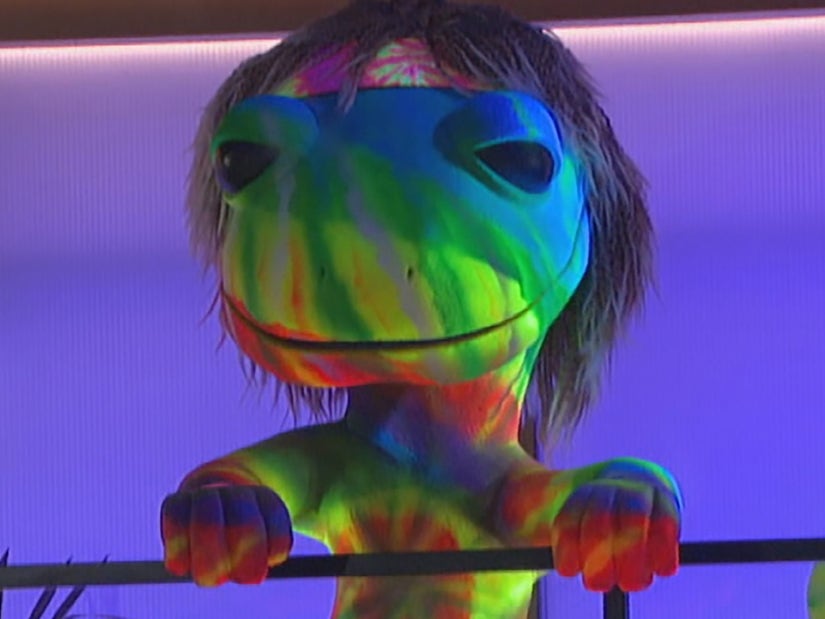 A righteous OTEV competition comes down to physical strength, putting one Houseguest at an impossible disadvantage.

Tonight is basically the calm before the chaotic storm that will be Thursday night's two-hour TRIPLE EVICTION episode -- a "Big Brother" first.

It makes sense to put the "All-Stars" through this first-ever experience (it's happened overseas and in "Celebrity," but never the proper game) because that means this will definitely be a twist none of the will prepare for. 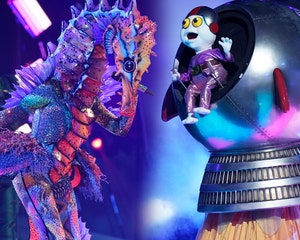 It also immediately reduces the house from nine to six people, setting up the endgame. The question going into tonight was if that endgame will include all six members of The Committee alliance that Memphis formed in the first week.

If so, it would be one of the most dominant alliance performances in the history of the game -- and Nicole F is in it, too.

Seriously, for a three-time player, Nicole is absolutely flubbing every chance she gets to win a competition. Tonight, she said she needs to start building her resume, and she absolutely does. Right now she literally doesn't have one.

She's never won anything and she's never been on the block. On paper, it's as if she wasn't even in the house. Except that she did "mean girl" Janelle and lie to Da'Vonne about voting Ian out, pitting Day against David. So she's done stuff, just nothing really good.

Everyone's favorite Veto competition returned with the latest iteration of OTEV. We're not sure if something changed this season, or Nicole is really that weak, but it was painful watching her try to get up that ramp. And it definitely impacted the game.

The only woman in the competition, Nicole only lost because she could not get up the ramp. In the penultimate round, she had the right answer and plenty of time to get up the ramp before Cody, but she just didn't have the strength.

Is that fair? We know the show tries to balance physical and mental competitions, and it's up to the contestants to bring their all, and these All-Stars know what they signed up for, but it was still hard to watch.

In the end, Cody took total control for the week, snagging the Power of Veto and his fourth comp win (the most of anyone this season). See, that's how you build a resume. Everyone else in the house has at least one win (even David won a Power), except for Nicole.

Speaking of David, he once again made an incredibly ridiculous rookie mistake, and this time while he's vulnerable and on the Block. Can he survive it? If he doesn't, will it be worth it? 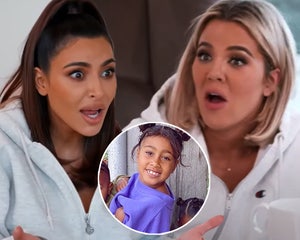 When David found the shirt, he decided that he trusted Cody saying he wasn't the target and went for it. Mind you, this was in the first round of the competition. Read that again, the first round! What are you doing?

Just because you're not the target now doesn't mean you can't become it tomorrow. Or perhaps when you blatantly win $10k in front of everybody. It's not like it was the HOH $10k that could be won anonymously. David brazenly flaunted his win, and even felt good about it.

These are the moments that are so frustrating because how can you not see how this is going to look to everyone else in a house where you are on the Block for the third time when there are five people who've yet to see it? What are you not paying attention to -- other than everything happening around you.

Ultimately, Kevin is still Cody's target, but there's no guarantee the rest of his alliance is going to go along with it after that move. David put a massive target on his back, and we heard all the Houseguests grumbling about it.

At the same time, there's no way in hell he's going to win this game, or even last much longer, so maybe it was a good idea to take the money now while it was available to him. It certainly didn't change his ultimate fate. 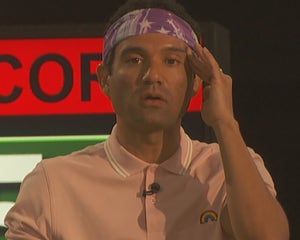 Cody Calafiore continues to run this game and this house, maintaining all the control this week, racking up the most individual competition wins and keeping his alliance strong. Plus, he's got Enzo in his pocket, so he's looking very, very good right now. Grade: A

Enzo Palumbo is Cody's right-hand man and the two of them are poised to dismantle The Committee. Enzo would have liked to get that started this week, but not enough that he pushed the issue. He plays a very smart social and strategic game. Grade: A-

Tyler Crispen doesn't seem to have any solid Final 2 deals, though he technically has one with everyone. He feels somewhat expendable, and as the biggest perceived threat in the house, he might find himself on the outside when it's just the powerhouse members of the alliance left. Grade: B

Memphis Garrett is among those sliding into the outside looking in. That said, he's very savvy in this game, and if someone can orchestrate the right move at the right time with the right allies to take a run at Cody and the boys at the top, it'll be Memphis. It's all about who comes into power when. But if he can't strike just right, he's gonna get cut loose. Grade: C+ 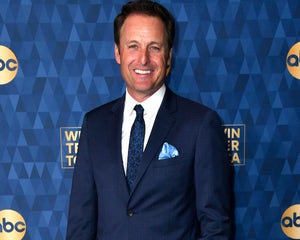 Nicole F is rubbing people the wrong way, and even her awkward attempt to align with Christmas over Dani felt a little too honest and clearly self-serving. She's in a tough spot unless she suddenly starts pulling off some wins, because she is being outplayed by everyone in her alliance right now and they still all know she's already won this game. Grade: C-

Christmas Abbot and Daniele Briones are both sliding to equal billing on the outs with The Committee. Dani has helped push Christmas into this position by half convincing Cody and Enzo she should be targeted, but the move isn't helping Dani any in her own alliances. And now that she and Nicole are effectively done working together, she's an island within The Committee. Grade: D+

David Alexander just made himself equal to Kevin Campbell at the bottom of the rankings wiht his bonehead cash grab this week. That said, he's played a terrible game all season and probably won't survive Thursday night's triple eviction anyway, so he may have made the right call after all. As for which one goes first, does it even matter? This is The Committee's season, so the details of who and when haven't really mattered at all to this point. It's all been rearranging deck chairs on the Titanic. Grade: D- 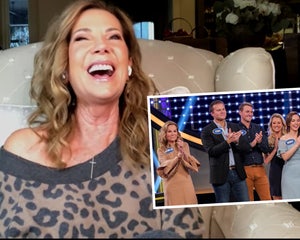