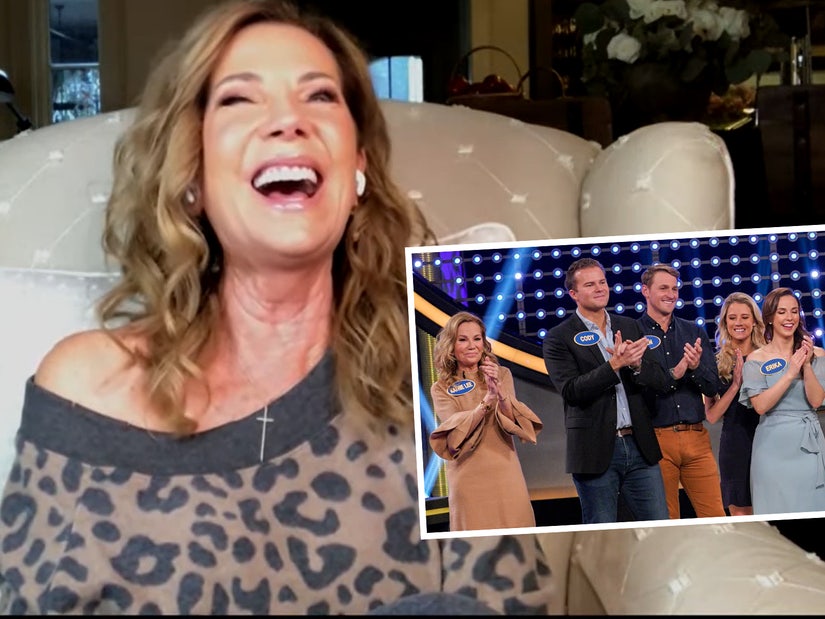 Her son-in-law is also Betsy DeVos' nephew -- and, according to Kathie herself, was "obviously" excited to be on TV.

Kathie Lee Gifford and her kin recently appeared on "Celebrity Family Feud" -- and following the episode, survey says her son-in-law stole the spotlight.

On Gifford's team was daughter Cassidy, her new husband (and Betsy DeVos' nephew) Ben Wierda, her son Cody and his wife Erika Brown. But it was Ben's extremely tight pants that went viral after the show aired.

Appearing on "Watch What Happens Live" on Tuesday night, Kathie Lee was asked if she had seen the viral moment when he seemingly realized he was showing a little too much by Andy Cohen.

"Yes, I have, it's hard to miss it. I'm sorry, but I'm glad it's not my son," she exclaimed with a laugh. "It's Cassidy's husband, who I adore, but none of us realized it. We were playing a game, for goodness sakes, and we got very, very excited about it, obviously."

Doubling down on her obvious double entendre, Cohen added, "He looked like he was excited about it too."

Gifford went on to say her daughter did say something to Ben about the pants beforehand -- noting they were "awfully tight" -- but he thought they looked "fine." She added, "They woke up the next day after it aired to this firestorm of publicity."

While she wouldn't go that far, Gifford said Ben is "an incredibly good guy" and both he and her daughter "have an outrageous sense of humor." She added that "all they've been doing is laughing about it ever since."

Cassidy, 27, tied the knot with longtime friend Wierda in June 2020. See the viral moment in question below:

Here is Betsy Devos' nephew, Ben Wierda on “Family Feud” the very moment he realizes how tight his pants are...pic.twitter.com/jkApboOkw0