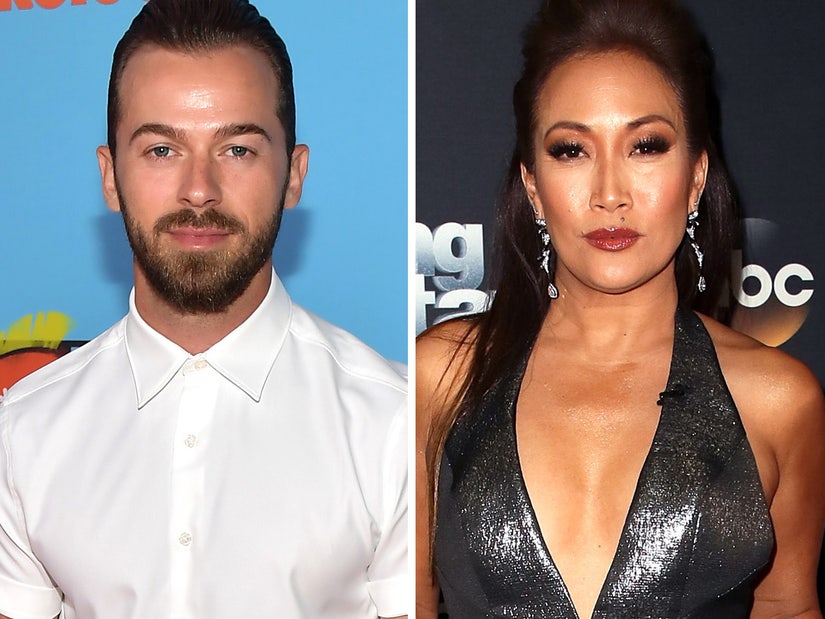 Carrie Ann Inaba is addressing the claims that she's too tough on Artem Chigvintsev and his partner Kaitlyn Bristowe because she and Artem have a romantic past.

While talking to Us Weekly and reporters following Monday night's episode of "Dancing with the Stars," the "DWTS" judge shut down these accusations, saying she finds them laughable. 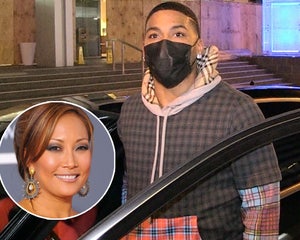 "I think it's hysterical. You know what I love though? This is what I love about the 'Bachelor' fans and 'Bachelorette' fans. They can create a story around it!" she said of Artem and Kaitlyn, who starred on "The Bachelor" and was Season 25's Bachelorette. "It's weird because I totally understood what they were doing. They're like, there's jealousy there and there's this and that because that’s what the 'Bachelor' and 'Bachelorette' is all about, right? It's about creating stories about everybody."

"Look, I love Artem, I respect him, I love him and Nikki [Bella] together," Carrie Ann said of Artem's fiancée Nikki Bella, adding that she loves their son Matteo. "There's nothing but love and I thought it was hysterical. So none of it bothers me. I know that people are passionate about 'Dancing With the Stars.' They're passionate about who they're voting for. I love that. I will not stand for bullying of me or anyone."

Although Carrie Ann praised Artem and Kaitlyn's Argentine tango Monday night -- and gave them a perfect score -- "The Talk" co-host previously came under fire for her harsh criticism of Kaitlyn's dancing earlier in the season, particularly when she said the "The Bachelorette" star seemed like she "gave up" while performing the jive in week seven. Kaitlyn later told PEOPLE the negative review was "soul-crushing."

As a result of her criticism, Carrie Ann said she's received messages from people wanting to understand the reason behind her comments about Kaitlyn.

"I got a lot of private messages about Artem and Kaitlyn and people that wanted to open up a dialogue. They weren't calling names or bullying. I spent a lot of time writing to them," the "DWTS" judge told Us Weekly Monday. "'Hey this is why, these are lifts, these are not allowed in this dance. I took off one point because they had a lift that first week then they also made a mistake and that’s usually a solid one point that comes off ...'"

"And then Artem was passionate about what he wants, which I can appreciate," she said of the professional dancer, whom she dated from 2006 to 2009. "So you know, it's OK. It's passion. How you direct your passion though, not only here on 'Dancing With the Stars' but in the world in general, we all need to be careful with and we need to check ourselves. Dialogue and trying to understand the other person's point of view is very important to me. So I don't appreciate people calling names and things like that. It's not helpful. But am I interested in your perspective? Yes. Always. … But I gotta do my job! I'm a judge!"

Meanwhile, Artem also responded to those who accused Carrie Ann of having a "personal agenda."

"I don't think my previous relationship has anything to do with it, I'll be honest with you, because she's been judging me for the past however many seasons I was on the show," he added. "So there's no, like, personal agenda whatsoever. I don't think it has anything to do with it. I think she just really was harsh in the sense that she saw so much more potential than what we’ve been delivering the past two weeks and she finally got things that she's been wanting to see."