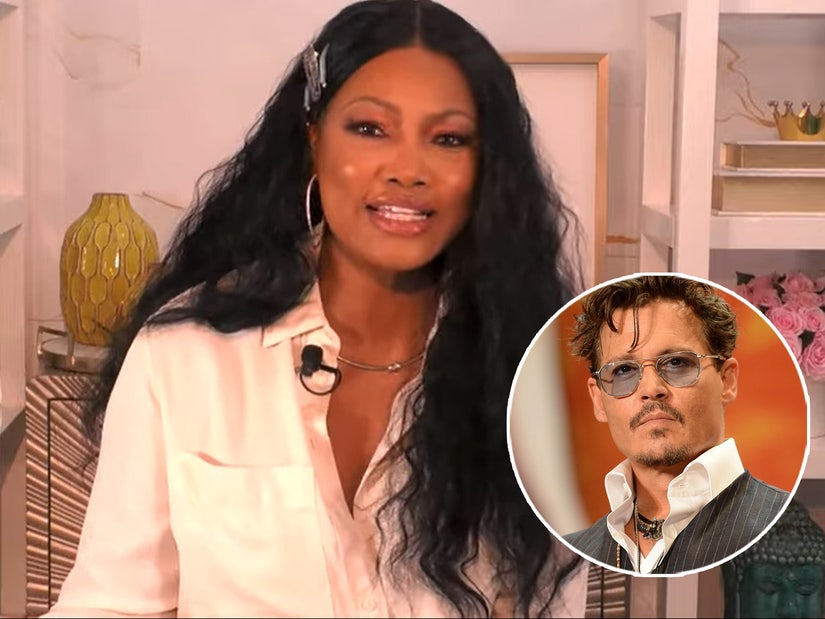 The "RHOBH" star revealed she met the actor in a Miami club.

Garcelle Beauvais shocked fans when she announced she had been romantically involved with Johnny Depp for a brief moment before the both of them made it big in Hollywood.

During Tuesday's episode of "The Real," the actress described how she met the "Pirates of the Caribbean" actor in a Miami club while she was hanging out with one of her girlfriends.

"We were dancing all night on the dance floor and she goes, 'Have you noticed this guy's been standing over there watching you all night?'" the "Real Housewives of Beverly Hills" star began. "So by the end of the night, he got the nerve to come up and say, 'Hey, I'm in a band, I'm doing a music video and I'd love for you to be in it.'"

"And I was like, you know, we exchanged phone numbers and he was living with his sister and her two kids," she continued, before adding, "Listen, this was way before he was Johnny Depp."

Loni Love then chimed in, pretending to be disappointed in the story, saying, "Ohhhh, this was before he was famous. Oh, okay. I'll put down the tea."

"So we hung out one day and that was at his sister's house. And he planted one on me. And you know, he hadn't -- he hadn't -- perfected the kiss yet -- I guess is how I'm going to leave it," she claimed, ending her story with a laugh.

Garcelle ended up marrying and divorcing Daniel Saunders. They share son Oliver, who was born in 1991. She went on to marry and divorce talent agent Mike Nilon, with whom she shares twin sons Jax and Jaid, 13.

Johnny had a slew of A-list girlfriends back in the day, including Winona Ryder and Kate Moss. He shares daughter Lily-Rose and son Jack with ex Vanessa Paradis. More recently, he married and divorced actress Amber Heard.