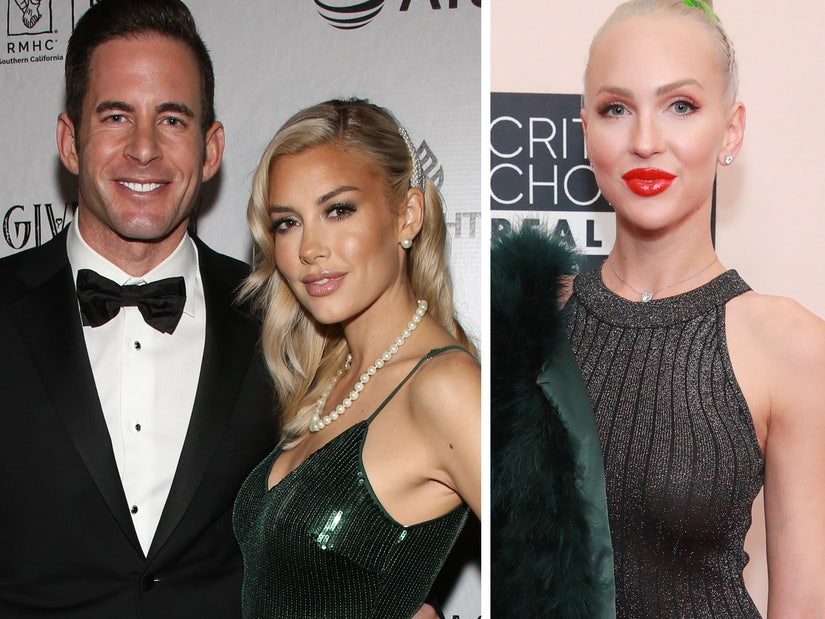 As Heather listed off which Selling Sunset costars she's close with, one name was not-so-mysteriously absent.

It doesn't sound like everyone from "Selling Sunset" will get an invitation to Tarek El Moussa and Heather Rae Young's upcoming wedding.

The couple appeared on the "Not Skinny But Not Fat" podcast on Tuesday, where talk eventually turned to Young's relationships with her fellow Netflix costars and which of them could score a Save the Date for their nuptials.

"We'll see who I'm talking to and not talking to," Young replied. As she revealed she's "closest" to Mary Fitzgerald, Jason Oppenheim, Brett Oppenheim, Chrishell Stause, Maya Vander and still speaks with Davina Potratz, host Amanda Hirsch noted it seemed like she was actually "close to everyone but" Christine Quinn.

"Honestly, coronavirus has changed a lot of dynamics for my relationships, in general. And with my cast members and the people I work with, you know, I haven't seen anyone," Young diplomatically answered. "I mean, I see Jason occasionally, he's actually coming over this evening. I've seen Mary. We see each other every so often. It's just been such a different vibe the last eight months."

"Christine has a big mouth," Tarek interjected. "She said some shitty things about us. And that's about it. We're not really interested in dealing with her nonsense."

When asked to clarify what Quinn had said about them in the past, El Moussa revealed he wasn't too thrilled to be compared to "Speidi" -- as in proud, staged paparazzi photoshoot professionals Spencer Pratt and Heidi Montag.

"Listen, just because she's never been famous before and she doesn't know how it works, she doesn't have to talk. It just makes her look stupid," he said. "So, she was trying to claim that, you know, we're out there calling paparazzi on ourselves. I'm sorry. I've been on TV for 10 years." 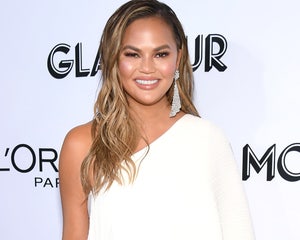 "I went through a public divorce, I couldn't get away from the paparazzi," he continued, explaining why the two are often photographed together in public. Added Heather: "Of course, people are interested in our lives. He hadn't been with another woman in four and a half years. Of course, they're going to be interested in another reality star dating a reality star."

Tarek said Quinn had said "a few rude comments" about them, before joking that his other half was telling him to "shut up right now" for speaking out. "But it's fine, there's no bad blood," he added, "I just don't deal with her bullshit. I don't appreciate shitty things said about me."

Reiterating that there's "no bad blood or beef" between them, he said, as a couple, they "just stay away" from Quinn. "This was a while ago now, we're fine," added Heather.

In a July interview with Page Six, Quinn compared the couple to the "Hills" alums.

"It's really funny to see Heather’s relationship play out because her and her boyfriend have such an interesting dynamic," she said at the time. "I call them 'Speidi' all the time because it's like articles all the time about baking cookies, you know, watching movies. It's ridiculous."

El Moussa, 39, and Young, 33, got engaged in July. El Moussa was previously married to "Flip or Flop" costar Christina Anstead, with whom he shares two children.