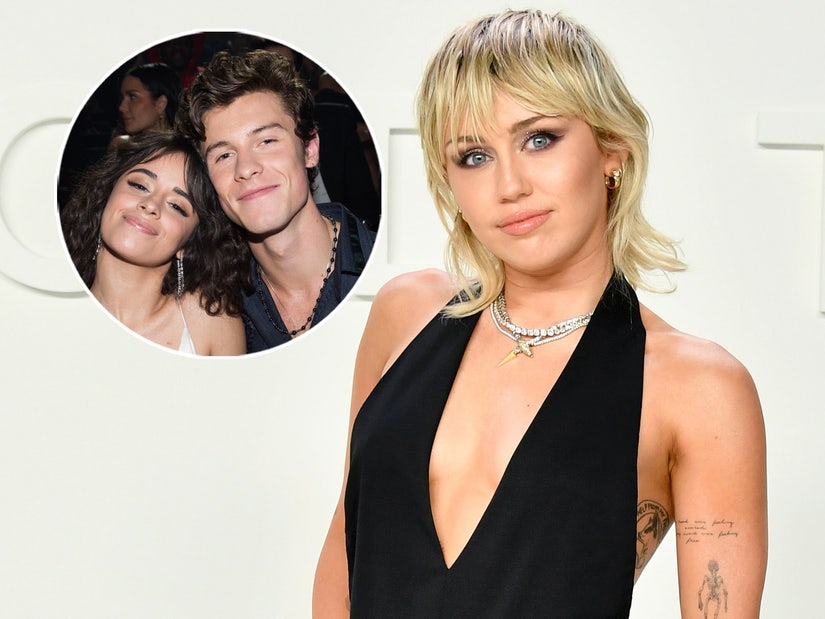 The It couple shared a TikTok video of themselves singing Miley's "The Climb."

Miley Cyrus is ready to join Camila Cabello and Shawn Mendes in their musical expeditions.

The pop icon gave a cheeky shout out to the famous couple after they shared a TikTok video of themselves singing Miley's 2009 song "The Climb," which was featured in "Hannah Montana: The Movie."

"Let's have a three way," the 28-year-old singer wrote in the comments section, according to commentsbycelebs.

This wouldn't have been the first time Miley and Shawn collaborated on music together.

In 2019, they paired up for "Islands in the Stream" to honor Dolly Parton at the MusiCares Gala. Soon after, they took the stage at the 61st Annual Grammy Awards to perform Shawn's hit "In My Blood."

And fans have also been itching for a duet from Miley and Camila for quite some time.

After music producer Mark Ronson tweeted a picture of himself in a studio with Camila back in January of 2019, the comments section was filled with pleas to make the two stars align.

"Please make it happens Miley ft. Camila," posted one admirer, as another said, "lmao can we get a miley x camila collab now that would be so powerful."

But Miley might have to wait a bit to get in the studio with the It couple, as it appears Shawn has only Camila on his mind when creating music.

"My song comes on the radio or something and I'm like, 'Everything's about you. They're all, they have always been about you,'" he said about Camila in his recent documentary "In Wonder." "She goes, ‘What do you mean?' Like, they're all about you. Like every song I've ever wrote."