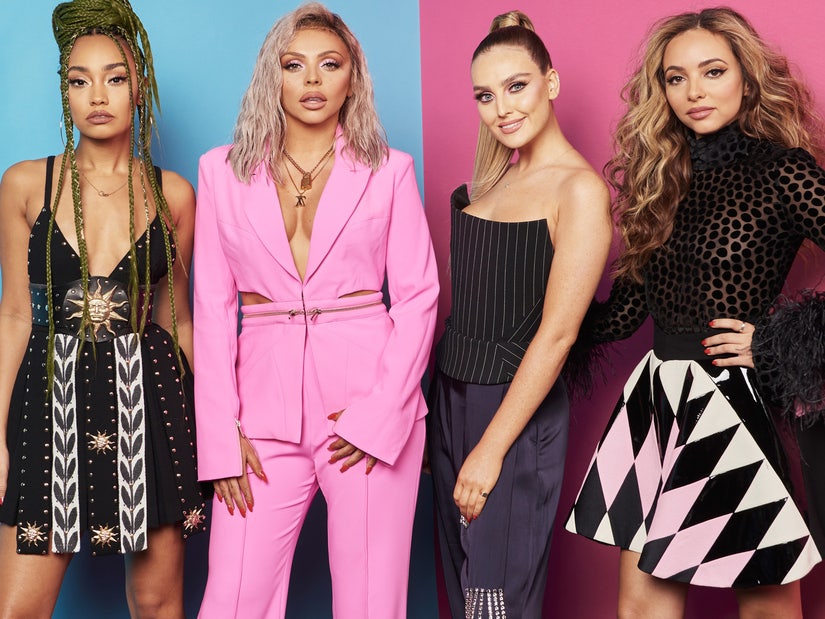 When a musician quits a band or musical group, it can put the future of everyone’s career in jeopardy. The group has the choice to continue on, find a replacement, or, in the worst case scenario, break up. Fortunately, many acts chose to move forward without their old member.

While losing a member may change the dynamic of the group, acts like One Direction, Pentatonix and Fifth Harmony all went on to release successful albums despite being down a member. And we’re sure their fans couldn’t be more appreciative that they decide to carry on to share the music they’ve come to love!

Find out some of the groups that have stuck together, even after a member quit...

Little Mix just announced that their bandmate Jesy Nelson would be leaving the group in order to take care of her mental health. In a statement, Jesy explained that she is looking forward to starting a new chapter in her life and spending time with friends and family.

“The truth is recently being in the band has really taken a toll on my mental health. I find the constant pressure of being in a girl group and living up to expectations very hard. There comes a time in life when we need to reinvest in taking care of ourselves rather than focusing on making other people happy, and I feel like now is the time to begin that process,” Jesy wrote on Instagram.

The other members of Little Mix were supportive of Jesy’s decision and let fans know that they plan to continue to make music as a trio.

At the end of 2016, Fifth Harmony announced the departure of bandmate Camila Cabello, although she wasn’t quite expecting it! While Fifth Harmony released a statement saying that Camila’s rep had told them she was leaving the band, she says that simply wasn’t true.

“Saying that they were just informed through my representatives that I was 'leaving the group' is simply not true...I had also planned to continue with my own solo endeavors in the new year but I did not intend to end things with Fifth Harmony this way. As sad as it is to see this chapter ending this way, I will continue to root them all on as individuals and as a group, I wish nothing but the best for them, all the success in the world and true happiness,” Camila wrote.

Back in 2015, Zayn Malik made the decision to leave One Direction for mental health reasons, explaining that he needed some time out of the spotlight.

“I’d like to apologise to the fans if I’ve let anyone down, but I have to do what feels right in my heart. I am leaving because I want to be a normal 22-year-old who is able to relax and have some private time out of the spotlight,” Zayn shared on Facebook.

The band went on to release one more album before taking a break.

The Black Eyed Peas added Fergie to their lineup in 2002 and went on to release some of their biggest hits like “Let's Get It Started,” “I Gotta Feeling” and “My Humps.” After many years of success, the group took a hiatus in 2011. During this time, Fergie went on to release solo music, which shot to the top of the charts.

When the Black Eyed Peas decided to return from their break in 2018, it became apparent that Fergie was not rejoining the band. Despite losing a member, the group has gone on to release two new albums.

The Spice Girls achieved worldwide success as a five-piece following their first release in 1996. After touring around the world and releasing two full length albums, Geri Halliwell, AKA Ginger Spice, decided to leave the group in 1998.

"I have left the Spice Girls, this is because of differences between us…PS I'll be back,” Geri said in her statement.

The group continued on, touring the globe, and went on to release one more album. Then in 2007, they reunited for a world tour - Geri included.

When Destiny’s Child started off, they originally had four members. Members LeToya Luckett and LaTavia Roberson later departed the band due to personal issues but reportedly found out about their exit when they weren’t featured in the “Say My Name” video. Farrah Franklin and Michelle Williams then joined the band as their replacement but that also didn’t last. After a few singles together, Farrah left the band.

Despite the switch up, Destiny’s Child went on to achieve major success with songs like “Independent Women” and “Survivor.”

After the passing of Freddie Mercury, many thought Queen would not be able to continue without their iconic frontman. Over the years, numerous artists tried to fill the hole but nothing stuck until Adam Lambert rose to fame. In 2012, the group began touring as Queen + Adam Lambert, who gave new life to the legendary group.

When Journey hired their iconic vocalist Steve Perry, the band skyrocketed to fame. Unfortunately, nine years later Steve lost interest in the band and a 1995 reunion fizzled out quickly due to his health issues.

The band wanted to continue and brought in new vocalist Steve Augeri in 1998. After some voice issues, Steve left and Jeff Soto joined. He didn’t quite fit in and the band was on the verge of hiring a Steve Perry impersonator until they found Filipino singer Arnel Pineda on YouTube. His voice was extremely reminiscent of Steve Perry and the band was able to continue touring.

Irish boy band Westlife started out as a fivesome but in 2004, Bryan McFadden left the group to go solo. The group decided against finding a replacement and continued on as a quartet for seven more years. Despite losing a member, they went on to score eight more Top 10 songs, which included two number one hits.

Back in the 1960s, The Supremes started out as a trio. By 1967, Diana Ross had become the clear frontwoman and they were renamed Diana Ross & the Supremes, gaining 21 Top 40 hits.

In 1970, Diana Ross departed the group to go solo. She was replaced by Jean Terrell and the remaining members of the group, Mary Wilson and Cindy Birdsong, continued on. Despite losing Diana, the group released eight more Top 40 hits.

A cappella group Pentatonix have become known for their five part vocal harmonies but in 2017, Avi Kaplan announced that he would be leaving the group. In an emotional video, he explained that he had always struggled with their intense schedule and his inability to see friends and family when he wanted.

Shortly after Avi’s departure, the group welcomed new member Matt Sallee who has been with Pentatonix ever since.