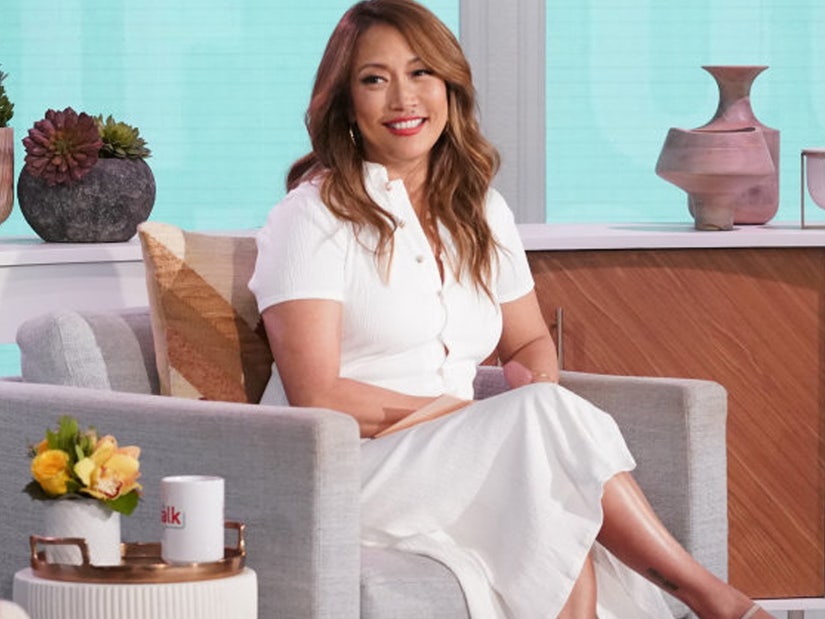 "I hope to be back soon," says Inaba, as her cohosts react.

"The Talk" will be down another cohost temporarily following Sharon Osbourne's exit, as Carrie Ann Inaba is taking a leave of absence.

While she didn't appear in studio on today's episode of the morning show, Inaba made the announcement on social media Monday morning.

"I wanted to let you know personally that I have decided to take a leave of absence from The Talk to focus on my well being," she said in the video. "I know you understand health is the most important thing so I appreciate your support, I appreciate the love and support from The Talk family and I hope to be back soon. Take care and I'll keep you updated, thank you."

Sheryl Underwood echoed Inaba's statement during the episode itself, saying Carrie Ann was taking a leave of absence and "appreciates the support from all of her fans and her family right here at The Talk."

She added, "Carrie Ann, we miss you and we look forward to having you back with us soon." Cohosts Amanda Kloots and Elaine Welteroth also sent their love.

ICYMI: Underwood questioned Osbourne over her defense of Morgan after he attacked Meghan Markle following her bombshell interview with Oprah Winfrey. The exchange between Osbourne and Underwood blew up, as Underwood said some viewed Morgan's attacks on Markle as racist, while Osbourne demanded proof and expressed concern about herself coming off as racist for defending him. The show went on hiatus, an internal investigation was done and Osbourne "decided to leave."