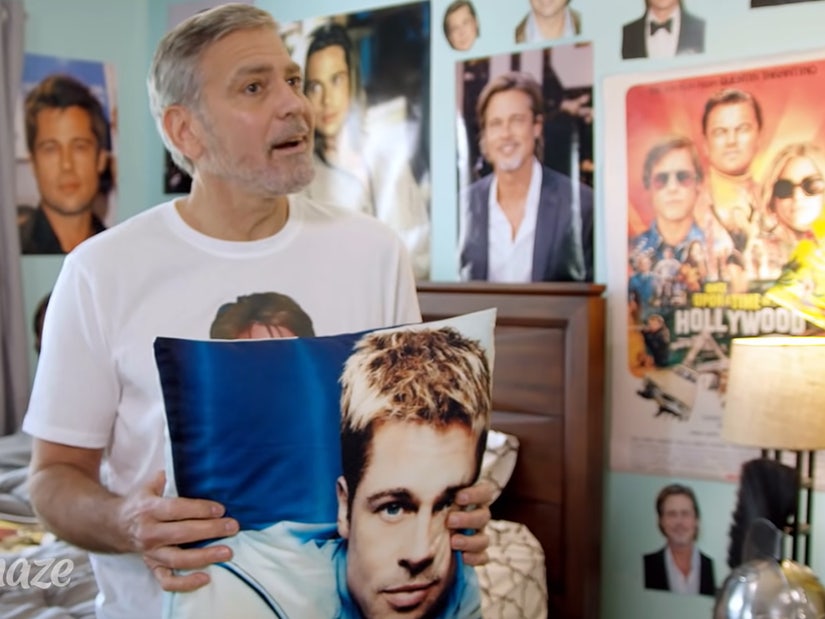 Before you go — you might want to watch this first.

George Clooney is showing off his undying love for Brad Pitt.

In an Omaze ad, released on Tuesday, the actor announced a new fundraiser for his foundation in which one special fan and a friend can win the chance to have lunch with him and his wife Amal at their home in Lake Como, Italy once the pandemic is over.

The hilarious clip featured Clooney talking about his "lifelong friendship" with his "roommate" Byron, who shared details about what it's like living with the Oscar winner, most notably his crazy obsession with Pitt. 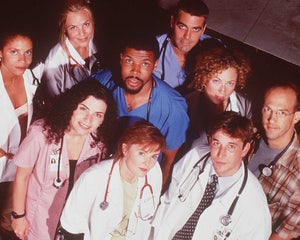 "One of my favorite things about meeting new people is that you never know when a lifelong friendship is going to blossom," Clooney said after announcing the fundraiser. "In fact, by total dumb luck, I actually spent most of last year rooming with some random guy and we're basically best friends now, but don't take my word for it, just ask him."

The clip then flashed to Clooney's roommate Byron, who didn't hold back his true feelings about his time cohabitating with the "Midnight Sky" star.

"Do I recommend hanging out with George Clooney?" Byron said. "No, I do not. So, basically, George Clooney swung by my house to pick up something he was buying from me on Craigslist and the stay-at-home order hit and he never left. Moral of the story is, don't use Craigslist."

Clooney shared what he bought from Byron off Craiglist: a Batman action figure.

"At first I told myself not to worry, celebrities are just people too," Byron told the camera, "but I guess I forgot how strange people could be."

It appeared that Byron's comment wasn't an understatement as it was then revealed that Clooney had an entire bedroom dedicated to Pitt. The walls were covered with posters of the "Fight Club" star as well as Pitt memorabilia.

"Can you believe Amal wanted me to throw this away?" asked Clooney, holding up a pillow with Pitt's face on it. "Not throwing this out, no way, man. Thank you for giving me a place. Me and Brad." The father of two also rocked a t-shirt that featured the face of his "Ocean's Eleven" co-star.

But Clooney's obsession with Pitt didn't stop there as he forced Byron to watch Pitt's films on repeat.

"You would think a movie night with a critically acclaimed actor and filmmaker would be cool right?" Byron said in a confessional before the video then cut to Clooney telling his roommate that they were going to watch "Ocean's Eleven" again.

"Brad's great in it, isn't he?" said Clooney while holding up a DVD of the film, to which Byron replied, "Man, we've just seen 'Ocean's Eleven' like 22 times!" 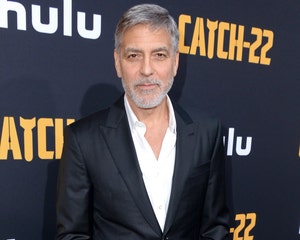 Clooney then offered an alternate option -- "Batman and Robin" -- however, Bryon chose to re-watch "Ocean's Eleven."

Meanwhile, Byron continued to get more irritated with the "Up in the Air" star, who even interrupted him while he was interviewing for a job on Zoom.

Byron reached his breaking point after Clooney appeared to have placed giant, life-sized cardboard cutouts of Pitt all around their home. And Byron wasn't a fan.

"S----! For God's sake's, George!" Byron yelled after was startled by the cutouts of Pitt.

Clooney and Byron then reflected on their time together -- and it's safe to say they had very different experiences.

"It was an unforgettable time," Clooney told the camera. "We laughed, we learned, we lived, so naturally when the stay-at-home order was finally lifted, Byron and I knew we had a tough decision to make."

For those who want to have "even half as much fun" as Clooney had with Bryon, enter the Omaze contest, here. The fundraiser supports The Clooney Foundation for Justice.