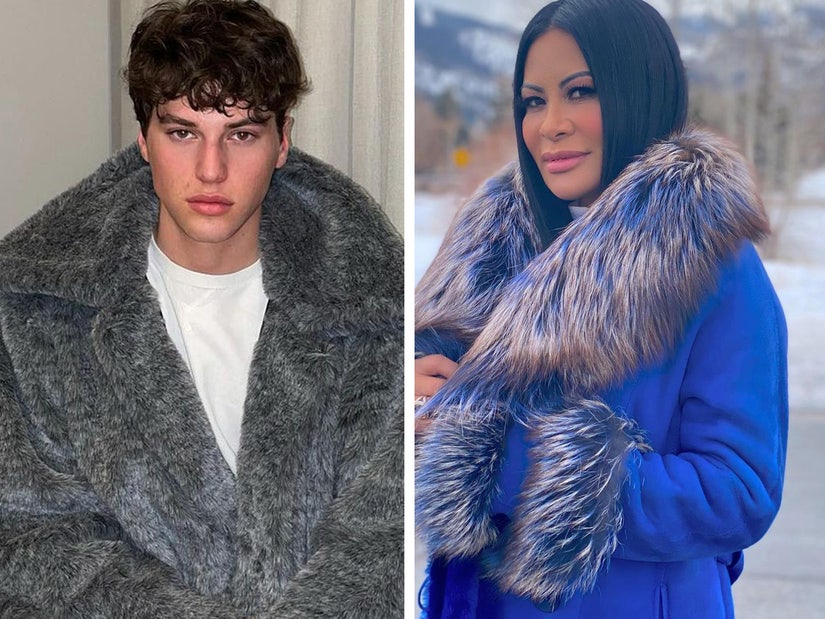 Brooks and the RHOSLC star have been at odds with each other in the past.

Two "Real Housekids of Bravo" chimed in on the Jen Shah controversy during a special episode of "Watch What Happens Live" on Sunday night.

"I feel absolutely terrible for her kids particularly," said Brooks. "The stuff that she's being accused of is seriously horrific."

Brooks and Jen have a bit of a history of butting heads, after Marks accused Shah on the show of coming to their home without underwear on and flashing them. She proceeded to like some shady tweets about Meredith's son, which set off Meredith during the reunion.

When Shah was arrested, Brooks seemingly reacted by lip-syncing the song "MAMA" on social media, including the lyrics, "She threw dirt on my name, ended up at her own burial." He removed the post and his mom later claimed there was "no hidden meanings" to his video.

Andy also asked Gia Giudice if she had any advice for Shah's sons Sharreiff Jr. and Omar, from the POV of someone who has been through a similar situation with her parents' legal issues.

"Personally, throughout all this, I've just learned to not focus more on the negativity and know your parents for who they are because anything can happen every day," she answered. "So you just need to enjoy every moment. Negativity has been a very big part of my family's life."

Following her arrest, Shah thanked fans for their support on social media -- and said, "True friends will be by your side through it all."

"Thank you to those of you who that have shown my family and I real friendship, unconditional love & true loyalty during this difficult time," she added to the post. "Thank you for not judging me and not believing everything you read online. I asked Allah to show me who my real friends are and he has. Allah Akbar."

The Bravolebrity was arrested in March, after she was accused of generating and selling "lead lists" of innocent people who could be targeted as part of a telemarketing scam for almost a decade. Many of the victims were elderly and working class.

Under the conditions of her bail, she must continue mental health treatment, is forbidden from drinking in excess or using any drugs and must stay away from telemarketing.

Her lawyer told TMZ that Shah "maintains her innocence of these charges, and is eager to defend herself in a court of law. She puts her faith in the American legal system."