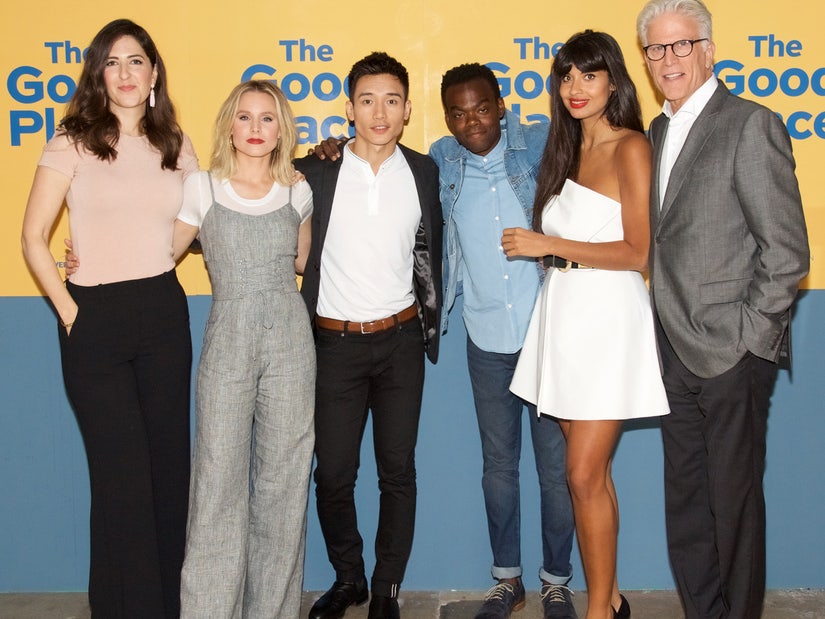 These actors had little-to-no experience before landing major roles!

Casting the perfect actor for the lead role in any project is a difficult task and after an exhaustive search, it turns out that sometimes the perfect actor isn’t an actor at all! On more than one occasion, regular people have been plucked from total obscurity to star in a major project just because they so perfectly embodied the role.

From “The Florida Project” star Bria Vinaite, who was found on Instagram, to Evanna Lynch, who was a Harry Potter superfan, these regular people were offered the opportunity of a lifetime. What they do with their career after their introduction to the spotlight is up to them but one thing's for sure — they've been totally set up for success. 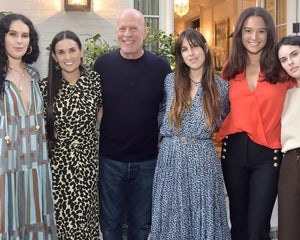 Before Yalitza Aparicio was cast in "Roma," she was a preschool teacher in Tlaxiaco, Oaxaca who had never considered acting. It was actually Yalitza's sister who was interested in the role and she was there to accompany her to the audition. Her sister ended up getting cold feet and out of curiosity, Yalitza later submitted an audition tape, which involved answering personal questions instead of dialogue. Yalitza ended up being the perfect fit for the role and even earned an Academy Award nomination.

"It was a huge surprise. It was never my goal to actually get the role. I was just curious at every stage about the process...They didn’t say who the director was or for what movie we’d be auditioning. They just said they were looking for women of any body type and age. That and just the name of the production company was all," Yalitza told Vulture.

Nikki Blonsky was a high school senior who had no previous professional experience except for some local community theater when she was cast as Tracy Turnblad in the film adaptation of "Hairspray." She had seen a casting call for the role online and got several callbacks before flying to Los Angeles for a final audition. Then, when she officially landed the part, the film's production company sent a film crew to the ice cream shop where she was working to surprise her with the news.

"They all just really took me under their wing and shared such love and emotion and joy with me and we bonded…[It] was like college and summer camp and everything rolled into one and amped up to a million," Nikki told The New York Times of her first filming experience.

Gabourey Sidibe was a psychology student and a receptionist when she auditioned for the leading role in "Precious." Gabourey was recommended for the audition by someone she had previously performed in local theater with although she hadn’t been on stage in years. She was initially hesitant about giving it a shot because she had just returned to school but on the day of the audition, she decided to go.

"I didn't think I had any business going to the audition, I didn't think I could get an acting job with one audition. I wasn't an acting student, I never wanted to act. The biggest thing I learned is that I was wrong about what I thought I could do. I thought I'd be a receptionist my whole life," Gabourey told the Pittsburgh Post-Gazette.

When Jameela Jamil was cast in "The Good Place," she was an unknown model and a one-time TV presenter who had goals of being a comedy writer. She says she wasn’t interested in pursuing acting and had been forced to attend the audition by her modeling agency, even thought it was her first time ever trying out for an acting role. During the audition, she didn’t want to embarrass her agent so she ended up lying about her experience.

"I wanted to be a writer, and a comedy writer, in particular and I was forced, really, to go to the audition for 'The Good Place.' And I was only kicking and screaming 'cause I thought that I didn’t deserve to be there in a Mike Schur comedy because I had no previous experience whatsoever, but they gave me the role 'cause Mike Schur is a strange, strange man,” Jameela told W Magazine.

Ken Jeong was working as a doctor but had a passion for standup comedy when he landed his first major role in “Knocked Up,” where he coincidentally got to play a doctor on screen. The role ended up opening a ton of doors for Ken who was able to launch a successful acting career after the film’s debut. While this was not his first role in a Tinseltown project, it certainly was his breakout moment.

"Most doctors have golf as a hobby. Mine was doing comedy…['The Hangover'] changed my life overnight. It changed everything for me...I always say 'Knocked Up' opened the doors and 'The Hangover' just burst it wide open...I'm like a doctor who had a detour," Ken told NPR.

Evanna Lynch was merely a Harry Potter superfan when she was cast in the role of Luna Lovegood. While battling an eating disorder, Evanna ended up striking up a penpal friendship with author J.K. Rowling, whom she credits with helping her through the difficult time. When she eventually saw an open casting call for the role of Luna, she knew she had to audition but didn’t even have time to tell the author before she got the part.

"Anyone who's had an eating disorder knows it completely takes over your life. The only thing that could actually take my attention apart from that was the 'Harry Potter' series...I started writing to J.K. Rowling and she wrote back and we became pen friends after that. I was in and out of hospital and I would be getting these letters…We were writing to each other for years, but then when the open audition happened, it happened within two weeks from the audition to getting the part. I didn't have a chance to tell her,” Evanna said on "Dancing With The Stars."

Henry Golding had never acted in film or television when he landed the lead role in "Crazy Rich Asians." Prior to his film debut, Henry had worked at a prestigious salon in London before moving to Kuala Lumpur to pursue a career as a TV presenter. He ended up hosting a travel show for BBC and Discovery Channel Asia. It was that job that caught the attention of an accountant in the film’s Malaysian production office, who suggested Henry for the role of Nick Young. Director Jon M. Chu loved Henry and ended up tracking him down through a mutual Facebook friend.

"[Jon] was like, 'You can do this. We see so much of this character in this role for you, that if you bring who you are as a person, we're going to nail this,'" Henry told Vulture.

Jaye Davidson was working as a fashion assistant when he ended up at a wrap party for "Edward II." He was approached by the director of "The Crying Game," Derek Jarman, who was also at the party and asked Jaye if he was an actor. He said no but Derek asked if he wanted to go out for the film anyway. Since Jaye was a little too drunk, his friend ended up giving the director Jaye's contact information. He later nailed the audition and even got an Academy Award nomination for his role.

"When I first went out for the part, I didn’t think in a million years I would get it. I just thought: ‘Yeah, I’ll go have a look at this, why not? It’s no skin off my nose.’ And when I got it, I just laughed my head off…[It was] hysterical, nervous laughter. It wasn’t joyous laughter. It was a nervous reaction,” Jaye told Rolling Stone. 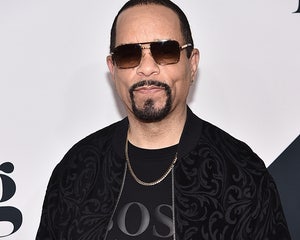 12 Celebrities Who Are Also Veterans

Rosario Dawson was just a 15-year-old student when she was cast in "Kids." She was hanging out on her front porch in New York City when she was approached by "Kids" director Larry Clark and writer Harmony Korine. The duo were location scouting for the movie in which they were looking to cast non-actors. Rosario went in to audition and landed the role, kicking off her acting career.

"Larry said he was making his first movie and would I be interested. And Harmony was jumping up and down, like, 'Oh my God, I wrote this character for you without even realizing. I didn't even know you. You're perfect for this character, you have to come in,'" she told Dazed.

Darlene Cates was a housewife struggling with her weight when she was cast as Johnny Depp and Leonardo DiCaprio’s mother in "What's Eating Gilbert Grape." Author and screenwriter Peter Hedges saw Darlene on an episode of "Sally Jessy Raphael" titled "Too Heavy to Leave Their House" and reached out to offer her the role of Bonnie Grape.

"No one could’ve been more surprised than I was because I was just a fat housewife in Forney, Texas, of all places. I was sort of skeptical, but when I started reading, [director] Lasse [Hallström] threw his hands in the air and said, 'Finally! Somebody that can act!'" she reportedly said. 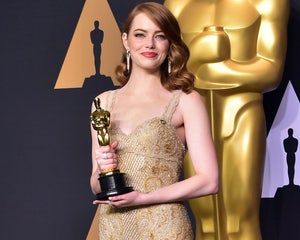 Hunter Schafer was working as a model and had plans to study fashion design when she came across a casting call for "Euphoria." Though she had never acted before, Hunter was considering going out for the role when she coincidentally was invited to audition through her modeling agency.

"I have not acted before and was not planning on it really either. I was modeling for about a year in New York and had my sights set on fashion school afterwards and then...I saw this casting call floating around on Instagram. It was for trans girls, who didn’t have to be experienced and it didn’t say ‘Euphoria’ or anything…I had been interested in trying acting and...I was interested in the craft but, didn’t really push myself to do it. Then, my model agency rang me up a few days later and had me go in for an audition and it was the weirdest thing — it kept going," Hunter told EW.

Bria Vinaite was working on growing her online clothing business Chronical Designs when "The Florida Project" director Sean Baker found her on Instagram and slid into her DMs. Her fun aesthetic and carefree attitude had reportedly caught his eye and he asked to cast her in the film. Bria quickly jumped into two weeks of acting classes and then began work on the film.

"[I] was very scared and nervous. It was definitely such a learning experience — I took a lot of classes, and it was very challenging because it’s just not something I ever thought I would do," Bria told IndieWire.