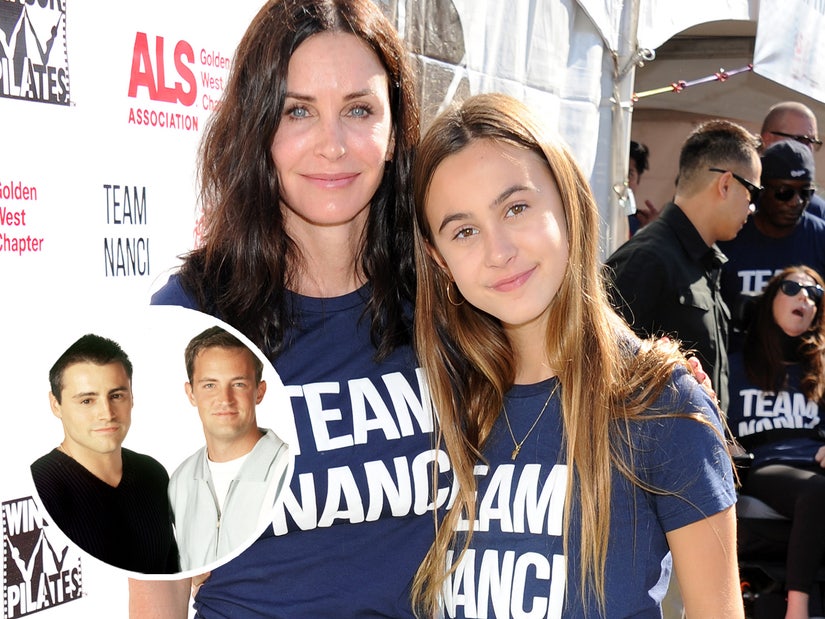 "Friends" became a topic during their game of "Who Knows Who Best?"

Courteney Cox discovered who her daughter Coco would prefer to date between Chandler Bing and Joey Tribbiani from "Friends."

Although Cox's character, Monica Geller, eventually fell in love and married Chandler (Matthew Perry) on the beloved sitcom, it doesn't necessarily determine who Coco would prefer -- if age appropriate.

So Courteney took to a trivia game called "Who Knows Who Best" to get to the bottom of where her 17-year-old girl's heart would theoretically lie.

The Instagram video of the showdown posted on Wednesday shows the pair guessing each other's preference to such things as favorite snacks and meals, but the final question came in the form of choosing between dating a younger Chandler or a younger Joey (Matt LeBlanc).

Courteney correctly guessed Coco would pick Joey, but she didn't reveal her own choice, although fans would assume she'd go with her on-screen beau.

"Well, apparently I know Coco more than she knows me," Courteney concluded, before Coco chimed in, "That's not true...but whatever."

Courteney may have a chance to reveal her final answer to the burning question during the upcoming Emmy Awards, as the HBO Max "Friends: The Reunion" scored a nomination for Outstanding Variety Special (Pre-Recorded).