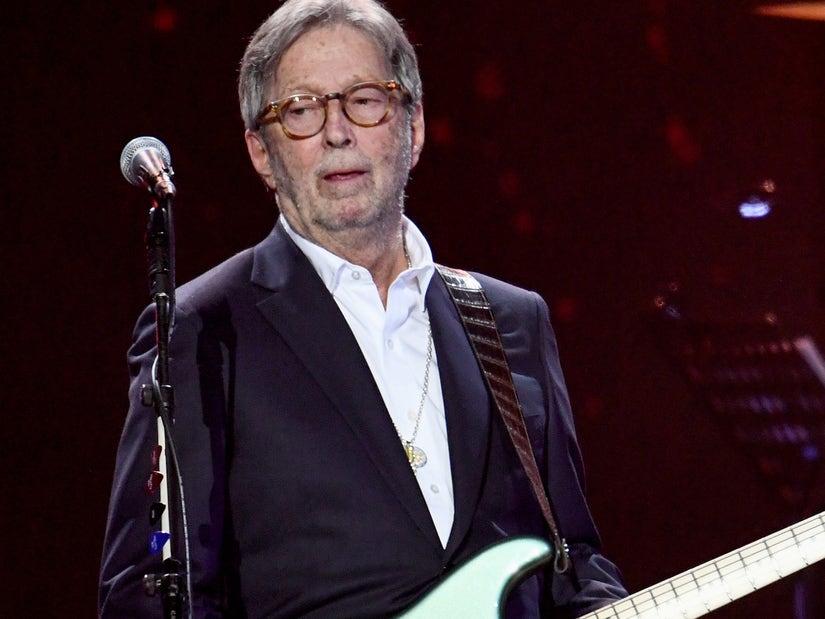 The rock icon made his declaration in response to British PM Boris Johnson announcing that vaccine passes would be required to enter nightclubs and other venues.

As the United Kingdom is taking measures to tighten the reins against the spread of COVID-19 (which is increasing in many places due in large part to the newer delta variant), rock legend Eric Clapton is taking a stand for the unvaccinated.

Clapton has not been shy about his stance on vaccines and governmental response to the pandemic, going so far as to release a song with Van Morrison in December 2020 called "Stand and Deliver" that spoke out against lockdowns and mandates.

Now, he's speaking out in response to a directive from British Prime Minister Boris Johnson, who announced on Monday that patrons would need to have vaccine passes to enter places such as nightclubs and other music venues.

"Following the PM’s announcement on Monday the 19th of July 2021, I feel honour bound to make an announcement of my own," Clapton said through the social media platform Telegram, as noted by Deadline. Telegram is owned by "architect, film producer and anti-vaxxer Robin Monotti Graziadei," per Reuters.

"I wish to say that I will not perform on any stage where there is a discriminated audience present," he continued. "Unless there is provision made for all people to attend, I reserve the right to cancel the show."

Deadline notes that Clapton's next scheduled UK appearance isn't until May 2022, where he'll perform at the Royal Albert Hall -- well, maybe.

For now, Clapton's next appearances are in the United States, which has much more relaxed restrictions, leaving most policing of social distancing and masking protocols up to the individual -- especially in the states where he'll be performing (Florida, Georgia, Louisiana, Tennesse and Texas).