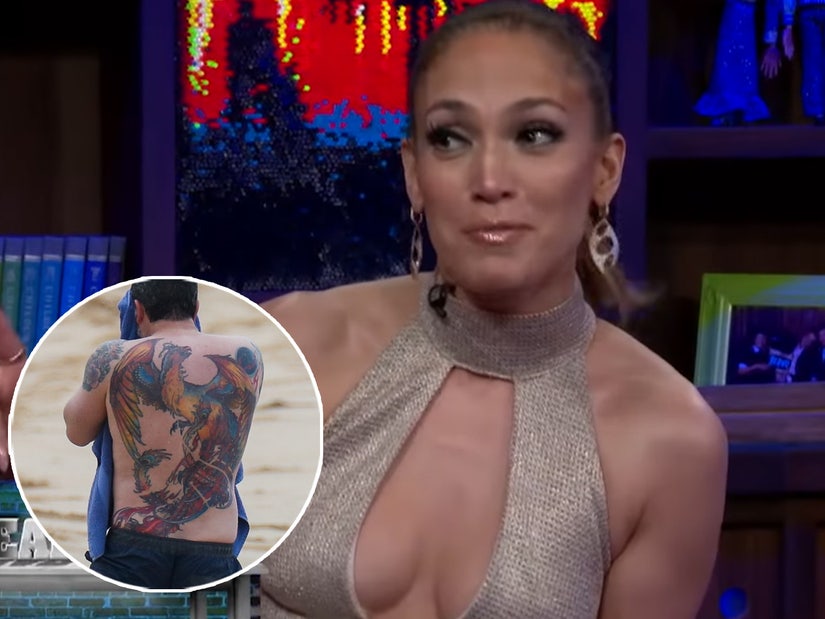 J.Lo probably regrets saying this now that they're back together.

The Internet never forgets -- but Jennifer Lopez probably wishes it did.

On Tuesday, an interview she did on "Watch What Happens Live" back in 2016 started to resurface and go viral once again following her rekindled romance with former fiancé Ben Affleck. During the appearance on the Bravo show, Lopez was asked how she felt about Ben's then-new (and very large) phoenix tattoo on his back -- and she did not hold back.

The ink shows a multicolored phoenix rising from the flames, its wings spreading right out across his shoulder blades.

"It's awful!" she admitted at the time. "And I would tell him that. What are you doing? It has too many colors! His tattoos always have too many colors. They shouldn't be so colorful, you know what I mean? They should be, like, cooler."

Affleck got the ink back in 2015, with some at first assuming it was either for a new movie or simply a tramp stamp. Ben himself even lied to the press and said it was for a film, before eventually coming clean. He was first spotted with the piece shortly after he and ex-wife Jennifer Garner announced their split following a 10-year marriage.

Garner also had some choice words about the tattoo when she was interviewed by Vanity Fair in 2017.

"You know what we would say in my hometown about that? 'Bless his heart,'" she said at the time. "A phoenix rising from the ashes. Am I the ashes in this scenario? I take umbrage. I refuse to be the ashes." 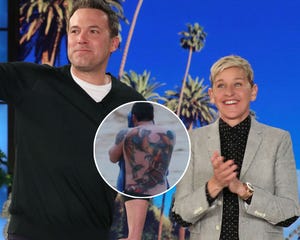 Ben Affleck Doesn't Care That You Hate His Giant Back Tattoo, Debuts His Rap Skills on 'Ellen'

Affleck's longtime friend Matt Damon, meanwhile, had a different POV on the piece when he was asked about it by Trevor Noah in 2018 -- proving just how much of a talking point this piece really is.

"It's not one man's job to tell another man what he can do to this back," said Damon. "I support him in all of his artistic expression."

Affleck also defended it during a 2019 appearance on "The Ellen DeGeneres Show," telling the host, "It's meaningful to me. It's something that I sort of kept private." 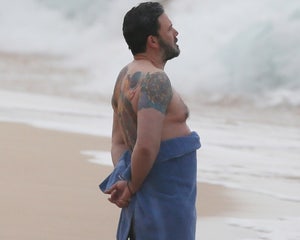