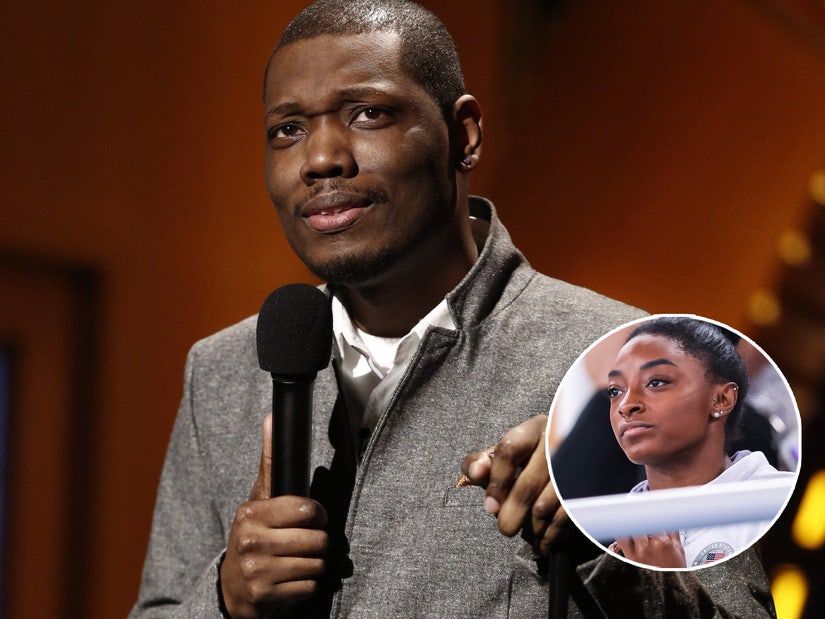 Michael Che was on the receiving end of major backlash after his Instagram account mocked Simone Biles, who pulled out of Olympic events to focus on her mental health.

In a string of since-deleted Instagram posts, the "Saturday Night Live" star's social media reportedly said it hoped to ridicule the star gymnast, then reposted jokes about her, including one referencing her abuser Larry Nassar.

"Man, I wanna make fun of Simone Biles," began the thread, per Twitter account Baller Alert. "I got like 3 mins of Simone Biles jokes in my head. Im going to the cellar tonight to say them into a microphone. As the dorky kids say I'm choosing violence."

After Che's IG rated the vile Nassar joke a 9 out of 10, it responded to a follow-up racist crack at Biles with, "now thats a good joke. economical. referential. balanced. good job. 8/10."

Social media users immediately slammed the comedian, with some calling for his cancellation, as one wrote, "Yes @nbcsnl@nbc is on hiatus, but doesn't Michael Che have an @HBO deal too? It'd be a great time to act on all the big talk of listening to Black women, and drop that talent-free wastrel who constantly maligns us. We have receipts for years but this latest stunt is inexcusable."

Following the uproar, Che took to his Instagram, which has now been wiped, to announce his account had been hacked.

"Mannnnn, i got hacked today. Can't believe they got me," he wrote, according to Baller Alert. "Yall know i only do jokes about whites and cops. S'all good now i changed my password and everything.."

He then referenced the recent controversy over Dababy's alleged homophobic remarks, concluding, "Yall hear about dababy tho..? that's crazy. iight see yall at church. Imma get there early."