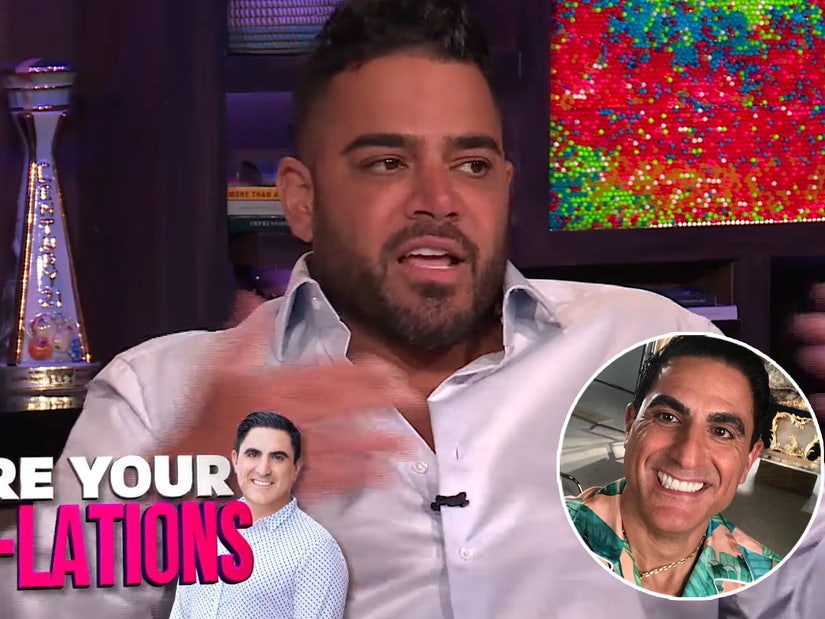 Shouhed says his Shahs of Sunset costar "cuts deep and says things that are just hard to forgive."

While a sexting scandal rocked Mike Shouhed and girlfriend Paulina's relationship this season of "Shahs of Sunset," his friendship with costar Reza Farahan has also suffered collateral damage.

Following Sunday's new episode, Shouhed appeared on "Watch What Happens Live," where he opened up about the strain between the two former besties.

First, Andy Cohen asked Mike why he believes Reza is "triggered" by the issues in Mike's relationship. "Because he has the same issues with Adam," said Mike, referring to the sexting scandal Reza's husband had the previous season.

On Sunday's episode, however, Reza said he was "triggered" by Mike's indiscretions because Shouhed reminded him of his father -- who was "a man that I looked up to, but did the wrong thing." Reza added, "He'd be hustling my mom and it would devastate me and I f---ing hate it. It hurt me in a way that you don't get."

When Cohen asked Shouhed whether he felt Reza was being "hypocritical" considering the supposed fidelity issues in his own relationship, Mike said, "Absolutely." He also claimed Reza basically told him he needs to "learn how to control" his partner off-camera, despite calling Mike controlling over Paulina during filming. "That's just funny that he says that in public, but in private, he tells me these things," said Mike -- while Paulina, who was the WWHL bartender of the night, agreed.

Lastly, Cohen asked what Shouhed would want Farahan to apologize for, if he could pick.

"For Being a backstabber," said Mike. "Our relationship is very much like a roller coaster. When we love, we love really hard. And when he wants to go after me, he cuts deep and says things that are just hard to forgive."

On Sunday's episode, the two met face-to-face to, as Mike put it, "figure out what the f--- is going on between two people who say they're brothers, who take low blows at each other." Mike felt he always had Reza's back, but that didn't feel reciprocated.

Earlier this season, Mike was caught sending explicit texts and photos to another woman by his girlfriend. She then sent the screenshots to all of his costars and friends, putting them in the middle of their relationship woes. Mike at first denied he did anything wrong, claiming he was hacked, before finally coming clean. He's since said the couple are in a "much better place" and recently moved in together.