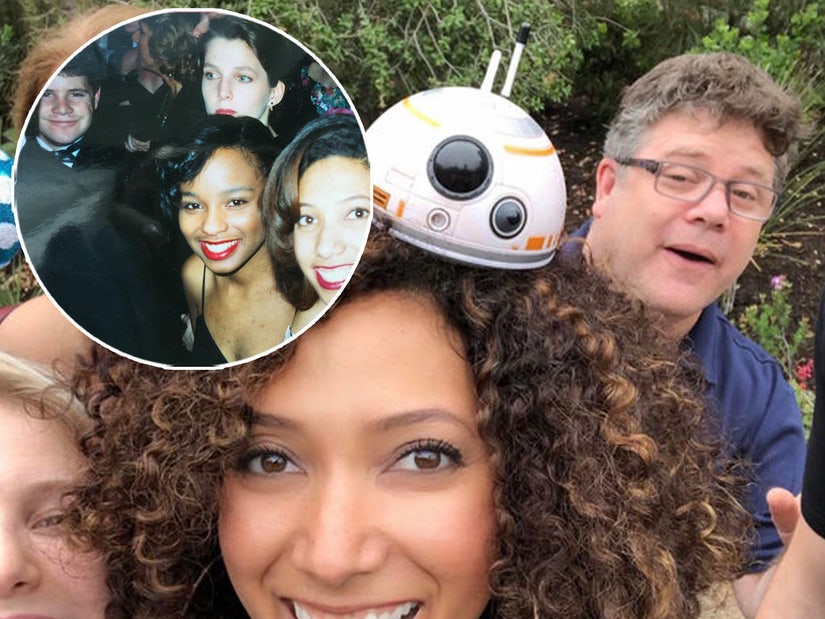 In a reddit post shared on Wednesday, a user revealed the veteran actor photobombed her not only once, but twice... and did so 26 years apart!

According to the unsuspecting woman, the first pic prank happened while she was sneaking into inaugural balls back when Bill Clinton was President.

"Here is the story," she began. "Back in '93 my dad got the hook up for one of the Clinton inaugural balls. Said hook up fell through and we wound up crashing the balls. I think this was the MTV ball so the crowd was younger and lots of celebrities were there."

"While we waited for Clinton to make his appearance my dad took a picture of us," she continued. "We had no idea Sean was standing there let alone he photobombed us until we developed the film."

"Flash forward 26 years I'm at Disneyland for the opening of Galaxy's Edge and guess who walks by?! I ask my hubby if I should try and show Sean the photo (which I had in my phone) and he said go for it. So I run after Sean and yell 'excuse me Sean, you photobombed me, do you want to see the picture?!'"

Sean did, in fact, want to see the picture and enjoyed the backstory so much that he suggested they recreate it.

"And that's how I was photobombed twice by Sean Astin," concluded the lucky fan.

Here's to a third happening in the duo's future!