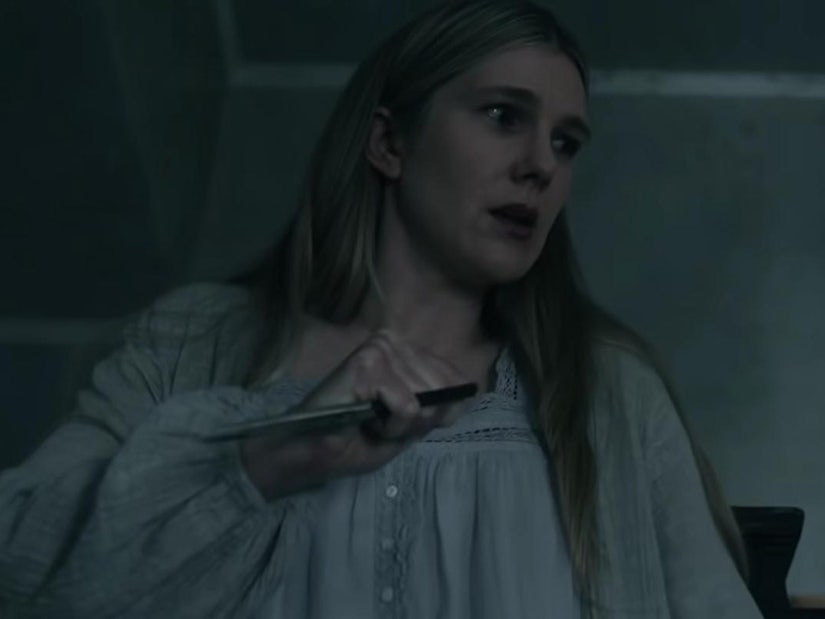 Ahead of next week's "Red Tide" finale, "American Horror Story: Double Feature" asks how far you would go for greatness?

At play all season long has been the moral question of just how much of your humanity you'd be willing to lose to achieve all of your dreams? The question here is being posed to artists, but it could be applied to business people of all stripes.

Is there a place for decency and humanity side by side with greatness? According to "Red Tide," there really isn't. And even if you try to hang onto your decency and your humanity, if you're surrounded by the sharks who will cut any throat to get ahead, eventually they'll get you, too.

There was tragedy galore in this week's episode, which remained far more dark and serious than previous seasons. There was some brief levity, though, from Macaulay Culkin's flashy new car as Mickey rides the black pill express to his own hopes and dreams.

As always, though, "AHS" left us shouting at our screens with WTF moments throughout its extended run time. These are the moments that will keep us up nights this week as we wonder how and who might get out of this one unscathed -- if anyone. 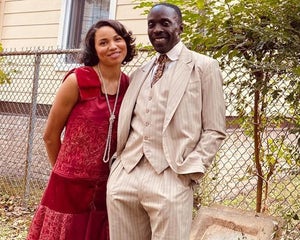 Probably the most ridiculous moment, that got us laughing despite the horror of this episode, was Culkin's Mickey explaining to Karen (Sarah Paulson) that he's going to be helming an expanded "Speed Racer" universe. The very notion is so ridiculous, and yet it was presented with such earnestness. If we needed any proof beyond pale people and black pills that this is a fictional world, the expanded SRU would do it.

Alma Feeds on Her Brother

Much of this episode was filmed from Doris' (Lily Rabe) perspective, with cloudy camera effects to show us the fog that she was navigating through having just given birth and struggling to come to terms with what's happening in her family. This early scene was hauntingly terrifying when she awakened to her baby's cries only to stumble into the bathroom and see her daughter Alma (Ryan Kiera Armstrong) feeding on him.

Alma Tries to Turn Her Mother

Full credit to Armstrong in this season. With her performance on this show, we're ready to rank her among the creepiest young actors we've seen in a horror project. The disdain with which she talks about her mother when talking to dad Harry (Finn Witrock) is so cold and callous. The fake affection, the look in her eyes. She's practically inhuman, even standing up to her father, who clearly still loves Doris in what's left of his own humanity. 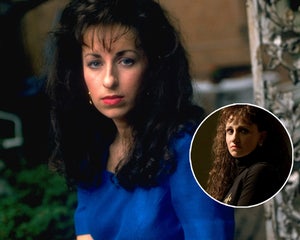 Paula Jones Blasts Her Portrayal in American Crime Story Impeachment: 'It Was Cartoonish-y'

After lurking more in the background, the pale people took center stage all over this episode, and they were creepy AF every single time we saw them. The twitching, the creaking bones like they're breaking them over and over, their insatiable hunger. Seriously, we don't know how anyone can be left alive in this town that isn't on the black pills, they're so pervasive now. How is law enforcement this oblivious to all these freaks in terrible jackets?

We'd already seen Belle (Frances Conroy) force Karen to bring her a baby, and yet it never crossed our minds that she would want Doris' baby right away -- or that she would approach Karen on the beach to threaten her into doing it. Karen in this episode (and the whole season) represents the struggling artist, the person who's been beaten down by society in every way, but clings desperately to their dream and their decency. She's convinced that either she can achieve greatness on her own, or she can just not achieve greatness. Karen is that rare person who's not willing to pay any price, and it's clear what that humane stance has done for her ... absolutely nothing good.

Once again, the pale people loomed large over Karen, bullied and pushed around throughout this episode by even those she cares about. Again, this is a pretty transparent statement about how we treat those we see as beneath us, and how we create this arbitrary caste system based on perceived talent i.e. value and worth as a human being. When Karen tried to stand against Belle's demands, Belle threatened to gouge her eyes out and let the pale people have their way with her. 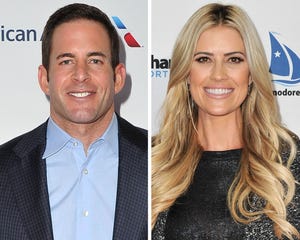 Doris Arms Up with Scissors

Another character just trying to do the right thing and survive is Doris, with her whole family and even Harry's agent Ursula (Leslie Grossman) all telling her she's crazy thinking she saw Alma drink blood or any such thing, Alma was the one who finally told her the truth. As we've seen from the beginning, Doris isn't some great artist or visionary. She's just an ordinary person. In the beginning, this was enough for both Harry and Alma. But as they've achieved greatness, suddenly she's not good enough for them or their family at all. And yet, she's still trying to make sense of it, sensing the danger around her impotently with a pair of scissors. Doris' main character flaw is insecurity and maybe a little bit of delusion.

Finally, after struggling all episode, Alma convinced Doris to take a pill, telling her that she believed in her mother's greatness. Of course, we all knew that Doris was a terrible designer with no real greatness. Does that diminish her as a human being with value? In this world, that's exactly what it means. And so her humanity is literally diminished, quickly becoming a pale person and going so far as to try and kill her baby, had Harry not arrived just in time to stop her. 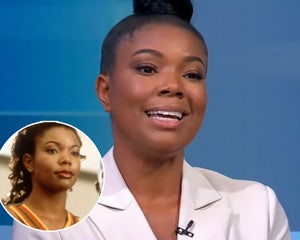 Just like Alma has grown darker and more inhuman in her thinking, forcing her mother to take a pill knowing full well what would happen, Mickey took the same aggressively callous approach with Karen. After their aborted attempt to steal the baby was thwarted by half-transformed Doris, Karen got separated from Mickey and the pale people loomed.

This was when Mickey decided to offer up some tough love, telling her he was going to leave Karen to them ... but with a black pill. She could take the pill to save her life, or she could die. And even though he genuinely cares about her, he was also genuinely totally willing to let her die in this moment, his own humanity clearly degrading based on what we saw in last week's flashback.

As proof that these enlightened jagoffs that are Doris' family have lost their own humanity -- there was really no doubt after Harry told transforming Doris that he was beyond her -- they let her go rather than even give her the courtesy of death. Instead, she joins the ranks of pale people lurking the streets and cemeteries, though she didn't get a cool jacket. She also turned much faster than last week's first pale person. Is the Chemist refining her formula? 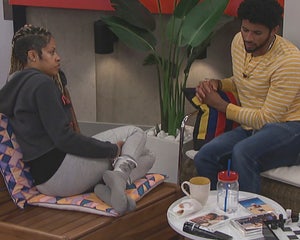 Doris didn't have what it takes and became a pale person, while Karen's total destiny remains unresolved. For one thing, Alma didn't seem to know the whole formula as she never offered her mother any blood. Mickey was confident Karen would soar as a painter, and so he set out to help her feed.

What he didn't expect was that despite what was happening inside of her, Karen's decency and humanity never left her. Yes, she needed to feed, and so she decided to do Mickey a kindness in the process. She fed on and killed him. She then began to paint, but we didn't get a chance to see if she'd achieved the "masterpiece" Mickey saw in front of her.

Instead, she continued to cling on to her own humanity, walking to the ocean, slicing her wrists open and entering into the deep. The ugliest character on the show, based on physical appearance, turned out to be the most human, and we can't help but think that is largely the point. Misunderstood, mocked and dismissed among these "greats," Karen proved to be the best of them.

Now, there's only one episode left, and Ursula is on her way with Alma in tow to confront the Chemist and try to set up an official operation of bloodsucking artistic geniuses -- with her getting a cut. Will she become a pale person next week (we can't imagine cutthroat opportunist is a talent)? With everyone irredeemable, will they all die? 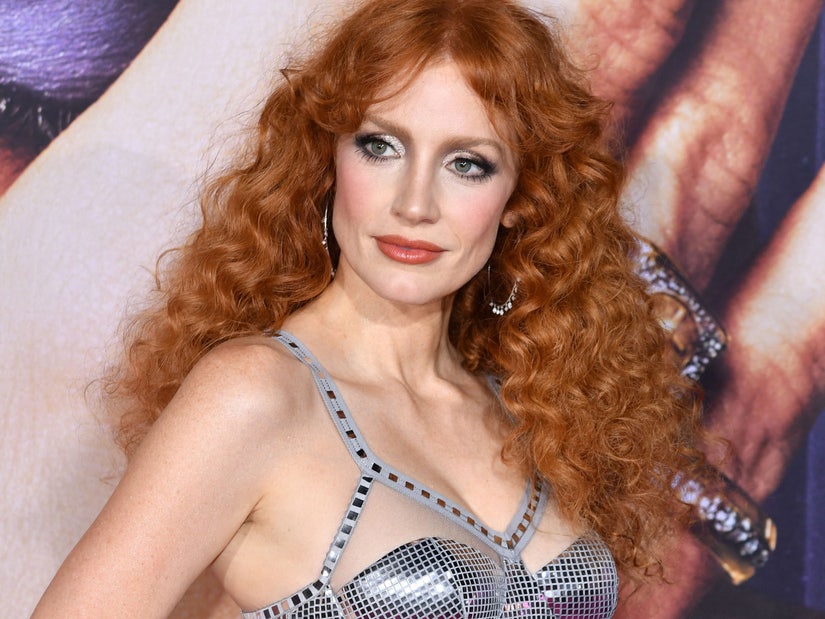