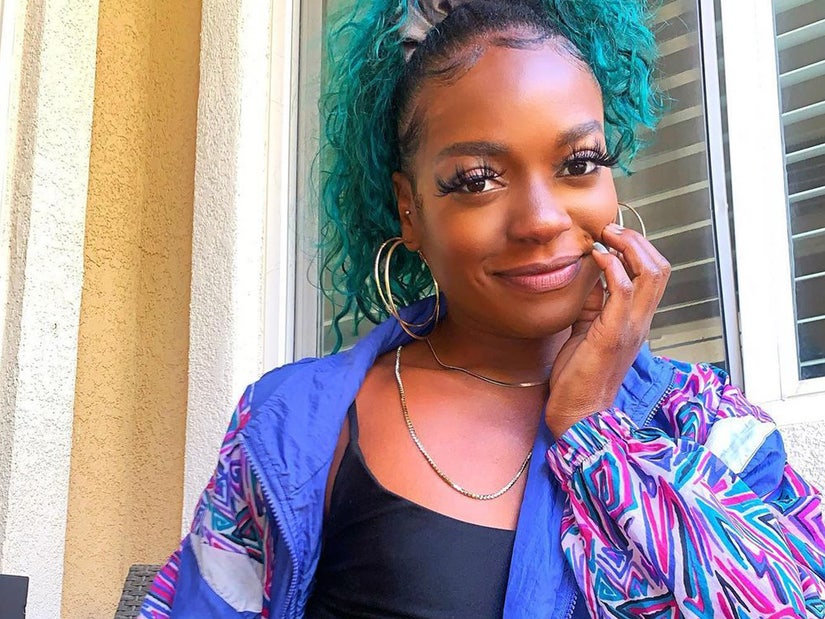 "There is no suspicion of foul play."

Sims was found at a local hospital on October 7, 2021 and reunited with her family. "There is no suspicion of foul play," said police, "The family is asking for privacy."

Ca'rynn also shared a photo of her sister with the simple caption, "FOUND!!!!"

Investigators are looking into the disappearance of a fitness influencer in Southern California after she went missing about a month ago.

Ca'Shawn "Cookie" Sims was last seen on September 8 in the Los Angeles county city of Duarte, according to police.

"Her family is concerned with her wellbeing and asking for the public's help," the Los Angeles Sheriff's Department wrote in a Facebook statement on Monday.

Ca'shawn, a 30-year-old Black female, is described in the Facebook post as 5'1" tall, 120lbs with black shoulder length hair and brown eyes. She has a tattoo of "It's found in the soul" on her left collarbone, "Earth" on her left forearm, and a tattoo of Spanish writing on her back.

She goes by the name of "The Booty Doctor" on her Instagram account, which has amassed over 200,000 followers for her tips on fitness, health and beauty.

"Please be on the look out for finding my sister to ensure that she's okay and safe. She has abandoned her home, her dog and seemingly her phone which is unlike her," Ca'shawn's older sister Ca'rynn wrote on her Instagram on Tuesday. "There is no indication to where she may have been headed after last leaving her home."

"I never thought there'd come a day of me posting a missing flyer for my sister," she added. "We want her covered in prayers, God's grace and to know that she is whole, well and alive."

Another sister, Chris'tol Sims, took to Instagram to say Ca'shawn is a "very independent person and enjoys her solitude" -- but not being able to communicate with her has become "concerning" for the family.

"The last known IN PERSON communication with Ca'Shawn was 9/8," she added. "As we’ve recently started living in separate places, I do not have day-to-day access to her. I’m trying to make sure she's okay, and will exhaust every option."