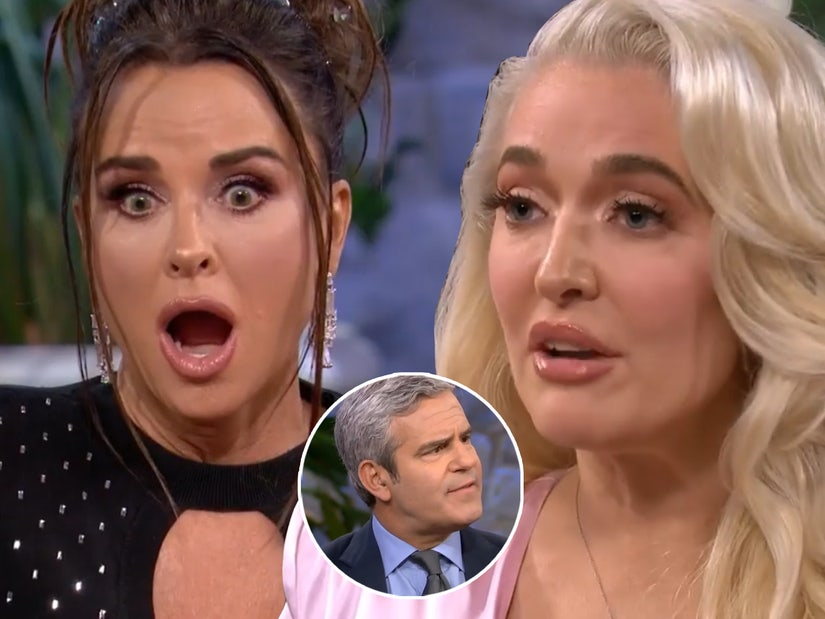 Bravo just dropped the explosive reunion trailer too -- with Erika getting grilled by Andy Cohen and getting into it with her costars.

Kyle Richards isn't only facing off against Michael Myers this month in "Halloween Kills," but she also has a four-part showdown with her "Real Housewives of Beverly Hills" costars kicking off next week as well.

During a chat with TooFab about reprising her role as Lindsey Wallace in the new horror sequel and how her character faces her fears head on, we also quickly asked what Kyle herself was most afraid of heading into this year's RHOBH reunion.

All season long, Erika's costars have questioned how much she knew about her husband Tom Girardi's allegedly shady business practices, which have led to serious legal drama for the pair. While Kyle has been mostly supportive to Erika when they're one-on-one, she's also made comments during confessionals or scenes when Jayne is MIA that have clearly rubbed the singer the wrong way.

Bravo just dropped the first trailer for the reunion on Wednesday (above), showing Erika coming for Kyle over comments she and her husband Mauricio -- as well as Dorit Kemsley and husband PK -- made at a dinner with just the four of them. Criticizing the foursome for "laughing at my f---ed up life," Richards says she couldn't control what her husband says. "I can't control what Tom Girardi did," Erika snaps back.

Kyle has also been accused of spreading gossip about Erika at Andy Cohen's baby shower, claims put forth by Lisa Vanderpump and Camille Grammer, which Richards has emphatically denied. It's unclear whether that will come up at the reunion.

"I knew that she was not happy with me because of ... she didn't feel supported, there were some things that were said on camera," Richards told TooFab.

"It was just a big difficult situation to navigate through because there were so many questions and it was all unraveling in real time," she added. "It was confusing for everyone."

Andy Cohen previously confirmed that almost every aspect of the Erika storyline this season will be covered during the four-part reunion, which clearly seems to be the case in the trailer above. Erika ends the promo speechless and in tears.

The trailer shows him asking her "Why didn't you leave Tom sooner?" and "Did you feel you were held captive?", as well as moments where he appears to call her financial stability into question, as well as the timeline of Tom's alleged decline. "Can someone please back me the f--- up on what I'm saying?" Erika exclaims at one point. The trailer ends with her fumbling to find the right words after being asked whether she asked Tom if "he did it," before a shot of her tear-streamed face.

"The drama kept coming up because there were tentacles of the drama that involved all the other ladies," Andy said last month. "I will say, we did a big chunk of her marital drama earlier in the day, and then I would say the last 90 minutes was a very spirited conversation about the case and what's going on."

As for Erika discussing her own involvement with the legal battles, Andy said, "She answers everything."

"I think that I asked her everything," he added. "I mean, the viewers had amazing questions and I feel that we represented the tenor of what the viewers were feeling. I thought it was fascinating, it was engaging, it was surprising. And we did, we spoke about everything. I mean, name a topic and I'll tell you if it was discussed." 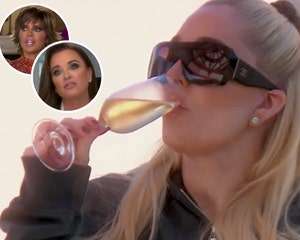 Amid her split from Tom last year, a lawsuit was filed against the former couple accusing Tom of misappropriating "at least $2 million in client money" owed to the families of the victims of a 2018 Boeing jet crash in Indonesia.

Throughout the "RHOBH" season, Erika has been candid about the experience and claims that she did not know about Tom's alleged wrongdoings. She has also denied reports that the couple faked the divorce to help conceal her involvement in the case and protect assets. 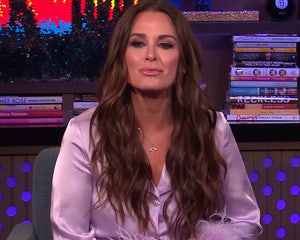