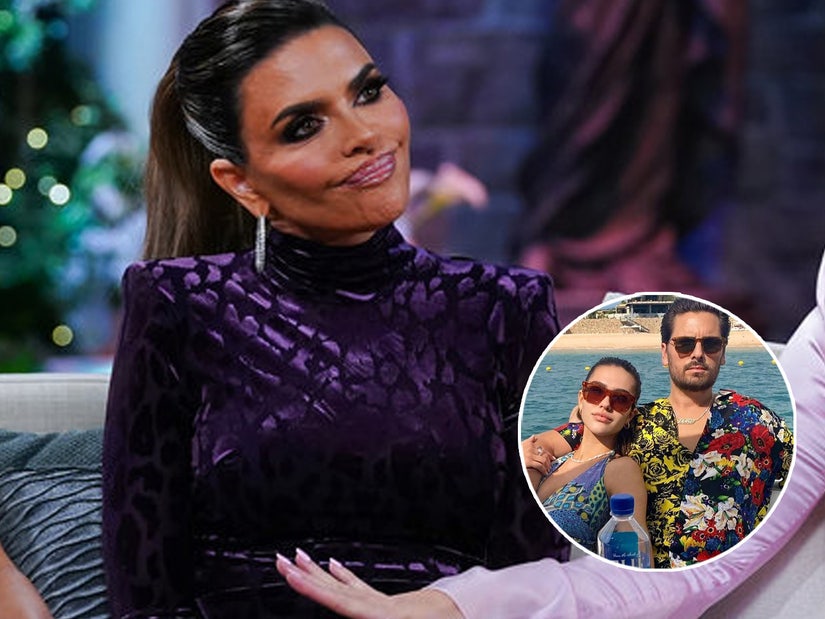 Rinna also dished on how Amelia felt about the relationship being "bashed" on the show.

The reality star had already made in clear that she wasn't thrilled about the coupling throughout this season of "RHOBH," so Andy Cohen got right to the juicy part and asked who pushed the eject button first after their year-long romance.

"I think you just have to read the press," Rinna said coyly, before quickly answering, "and Amelia did!"

In September, 20-year-old model Amelia and father-of-three Scott, 38, had called it quits -- something Rinna admitted to Andy that she was "glad" had happened.

As for any influence in the decision on Rinna's part, the reality star said, "She made it on her own."

Andy then brought up rumors that Scott's alleged DM exchange to Younes Bendjima about his ex Kourtney Kardashian was fuel for Amelia to bounce.

"Well, I don't think that was helpful," Rinna exclaimed. "There's never one reason why I think people split up, you know.  Now's the time to heal, now's the time for everyone to heal."

"Including yourself," quipped Andy, to which Rinna replied, "Well, yeah."

"And you began healing by posting a picture of Harry Styles on your Instagram," Andy joked again.

Lisa smiled and said, "You know I'm so f------ shady. I love Harry Styles, you know that. I mean, I was already posting Harry many times if you follow me."

The ladies then all chimed in that Styles is a huge fan of "RHOBH."

Andy then asked Rinna about Amelia's reaction to "seeing you kind of bashing the relationship or him on the show."

"I let them know that, of course, I warned everybody," she said. "I mean listen, people are still human, and I think it still hurts people's feelings when you say something that isn't necessarily flattering."

She went on to say she didn't believe the relationship being discussed on "RHOBH" had any negative effect on Amelia and Scott's relationship.

When a viewer asked if Rinna's attitude toward Scott dating her daughter grew worse once she met him, Rinna replied, "No, actually it was very nice. When we met him he was very nice."

She then revealed she and husband Harry Hamlin even hung out with the couple a total of three times.

The conversation about the failed couple then turned to Kyle Richards and whether she got into "trouble" with her friends the Kardashians, as she often shared her negative opinion about Scott dating Amelia.

"They never said anything about it," Kyle claimed. "I did feel bad about it right after because I do know all of them. But, I mean, Amelia is 20 and I'm a mom of daughter, so I wouldn't approve if I were in Lisa's shoes, but I knew that she had no control over that."

The drama continues with Andy grilling Erika Jayne about what happened after she left Tom Girardi on Part 3 of the reunion next week -- so stay tuned! "RHOBH" airs Wednesdays on Bravo.