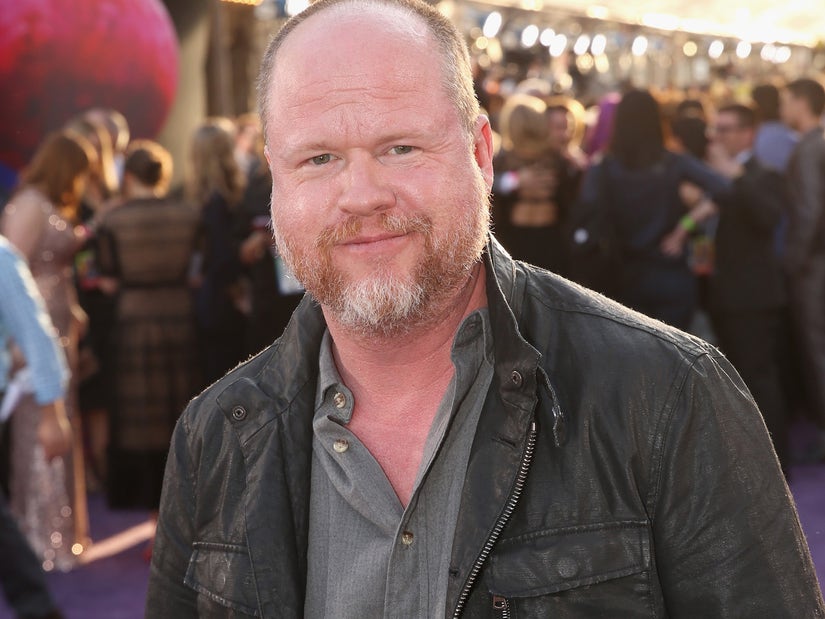 Both Ray Fisher and Charisma Carpenter came out swinging against Whedon ... again ... after his ill-received comments about the two actors and all the other misconduct allegations against him in a new New York Magazine profile.

Carpenter, who played Cordelia Chase on both "Buffy the Vampire Slayer" and "Angel," was first to react in length.

"IStandWithRayFisher, the 'malevolent force' and 'bad actor in both senses' who poisoned my feeble mind with trendy buzzwords and corrupt ideas about my experiences with a former tyrannical narcissistic boss who is still unable to be accountable and just apologize," she began.

She added, "I believe Gal Gadot not only understand career threats in English, but also in Hebrew and Arabic. Possibly French, Spanish and Italian too."

On Instagram, her statement was met with likes and comments from Fisher himself, Sarah Michelle Gellar and David Boreanaz.

Fisher also retweeted Carpenter's statement and added, "#IStandWithCharismaCarpenter who (like this 'bad actor in both senses') has no agency in determining matters of abuse or race, but for the influence of a White male shadow puppeteer."

"Joss Whedon had nearly two years to get his story straight. He's likely spent tens (if not hundreds) of thousands of dollars on PR, crisis management, and coaching," he wrote in another tweet. "And his response to the allegations is: 'They all misunderstood and/or are out to get me—also my mom is sexy'???"

Fisher also thanked fans for support "EVERYONE that has been negatively affected" by Whedon and joked he'd be starting a team called "The Malevolent Force" -- adding, "Joss Whedons need not apply."

"Please don't put me on a pedestal. I've made more mistakes and apologies in life than I can count," he wrote in conclusion. "Taking accountability for our actions, and how they may have affected others, can be some of the hardest work to do. But we must try, in earnest, to do it."

In July 2020, Fisher said the director's behavior on the set of the DC superhero flick -- which he took over from Zack Snyder following the death of Snyder's daughter -- was racist, as well as "gross, abusive, unprofessional, and completely unacceptable." In December of that same year, Gal Gadot said she had her own negative experiences with Whedon on the film, later claiming he threatened her career. Jason Momoa also commented on the "s----y way" the cast was treated during reshoots.

Then, in February 2021, Charisma Carpenter -- who played Cordelia Chase on both "Buffy the Vampire Slayer" and spinoff "Angel" -- showed her support for Fisher by accusing Whedon of being "casually cruel" on set and fostering "toxic work environments." Her account led to Sarah Michelle Gellar taking a public stand against Whedon, before costar Michelle Trachtenberg said his behavior was not "appropriate" and claimed there was a rule Joss was "not allowed in a room alone" with her.

Throughout it all, Whedon remained silent, as Warner Bros. launched an investigation into Fisher's claims. The studio said "remedial action" had been taken after the investigation, though no additional details were revealed. Whedon was later removed as showrunner from HBO's "The Nevers." In a lengthy new profile with New York Magazine, Whedon responded to all the claims above.

Regarding Fisher, Whedon explained why he significantly reduced Cyborg's role in his cut of Snyder's film -- claiming he felt Fisher's acting was bad and the character's storyline "logically made no sense." Whedon said his conversations with Fisher about changes to the movie were friendly and respectful and said none of the actor's claims were "either true or merited discussing." He added, "We're talking about a malevolent force. We're talking about a bad actor in both senses."

Shortly after the interview went live, Fisher took to Twitter to react. "Looks like Joss Whedon got to direct an endgame after all," he joked, referring to Whedon's history at Marvel.

He then added, "Rather than address all of the lies and buffoonery today—I will be celebrating the legacy of Reverend Dr. Martin Luther King Jr. Tomorrow the work continues."

Looks like Joss Whedon got to direct an endgame after all…

Rather than address all of the lies and buffoonery today—I will be celebrating the legacy of Reverend Dr. Martin Luther King Jr.

Of his issues with Gadot -- who said Whedon told her he'd make her "career miserable" after a disagreement -- Joss said he doesn't "threaten people." He went on to suggest something was lost in translation, saying, "English is not her first language, and I tend to be annoyingly flowery in my speech." He claimed that during an argument over a scene, he joked they'd cut it over his dead body -- and "then I was told that I said something about her dead body and tying her to the railroad track." In an email to the publication, Gadot said she "understood perfectly" what he'd said.

Regarding the "Buffy" allegations, he generally said he was not as "civilized" when the show began -- and admitted to yelling at the cast. "I know I would get angry, but I was never physical with people," he added, after a costume designer accused him of grabbing her in a disagreement over something Gellar would wear in a scene. The author of the piece noted Whedon "had no idea" what Trachtenberg was talking about with her claims -- but added sources on set claimed the actress was "shaken" after a closed-door meeting with Whedon and an "informal rule" was created after, one he may not have known about personally.

He also said he "was not mannerly" in his behavior with Carpenter after she revealed she was pregnant. In her account, Carpenter said Whedon first asked if she was "going to keep" the baby, called her "fat" and "proceeded to attack my character, mock my religious beliefs, accuse me of sabotaging the show, and then unceremoniously fired me the following season once I gave birth."

"Most of my experiences with Charisma were delightful and charming. She struggled sometimes with her lines, but nobody could hit a punch line harder than her," Whedon told New York Magazine. "I did not call her fat. Of course I didn't."

At the very end of the piece, Whedon stood by most of his behavior on any set -- claiming, "I think I'm one of the nicer showrunners that's ever been."

TooFab has reached out to reps for Fisher, Gadot, Carpenter and Trachtenberg for comment. 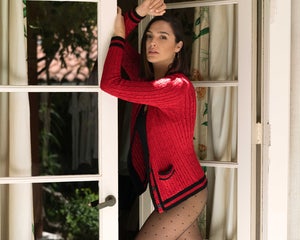