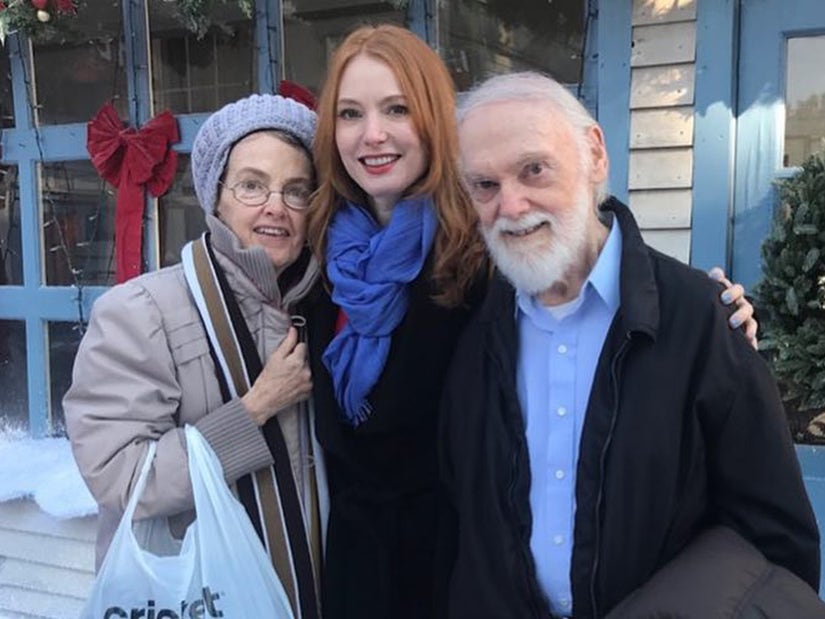 "My aching heart feels so grateful to know that we are, all of us, not alone in this specific pain."

Walking Dead star Alicia Witt took to Instagram to thank her fans for their support following the sudden deaths of her parents Robert and Diane Witt in December.

On Sunday, the 46-year-old dedicated a message of strength and gratitude to her followers for their words, empathy and kindness, after her parents -- from whom she was somewhat estranged -- were found dead in their home following a welfare check.

She began her post, "If I could wrap my arms around all of you — I would. Thank you to every one of you who has reached out with such love since my last post. Your words, your empathy and your kindness have all been deeply felt — please know I've read them all."

"Thank you to the many, many, many of you who have shared your extremely personal stories with me — your similar situations to the one I experienced/am still going through," she captioned along with a short clip of waves crashing onto a beach. "This brings me to tears all over again. My aching heart feels so grateful to know that we are, all of us, not alone in this specific pain."

The "Twin Peaks" actress added that finding common ground with other fans with similar heartbreaking stories has provided her with a notion of "solace and unity" -- saying she was comforted by the idea that "come balm of deeper healing could come from such a thing."

"I am sending you so much love, and I see you, and you are definitely not alone," she concluded.

The "Nashville" actress was referring to responses to her post from last week, in which she addressed some of the "misconceptions" about her parents deaths she's seen "rolling around" over the past month.

Her post included a carousel of images featuring the family in happier times. "It still doesn't feel real," the 46-year-old actress began her caption.

"It's been a month since I got scared, not having heard back from them, and called to have them checked on. waiting, phone in hand, praying fervently that the next call would be from them, angry I'd gotten someone else involved," she continued, "Knowing as soon as I heard the detective's voice on the other line that they were gone. knowing I would never hear their voices again. beginning the rest of my life of finding them on the breeze, in a song, in a dream."

She then turned her attention to the "circumstances around my parents' sudden passings," attempting to set the record straight on a few things and explain her seemingly strained relationship with her mother and father.

"This is very delicate for me to write because I'm wanting to honor their privacy, which they held so tightly. There's an awful irony in the fact that, because of the very lengths they went to in order to protect their privacy in life - that privacy has been stripped away in death," she continued. "I never imagined I would have to talk about this publicly - much less, amidst overwhelming floods of grief."

According to the actress, she "hadn't been allowed inside" her parents' home for "well over a decade" -- and they refused her help whenever she "offered to have something repaired for them." She said she "begged, cried, tried to reason with them" and even "tried to convince them to let me help them move," only for them to become "furious" with her as they told her she had "no right to tell them how to live their lives and they had it under control."

"It was not for a lack of trying on my part, or the part of other people who loved them," she continued. "My parents were not penniless. They were fiercely stubborn, beautifully original souls, and with that, they made choices - choices that I couldn't talk them out of. I did help them, in all the ways I could - in all the ways they would let me."

Autopsies determining cause of death have not been made public, though Fox 25 Boston reported authorities suspected hypothermia, adding that that one of the victims was found wearing a coat in their home.