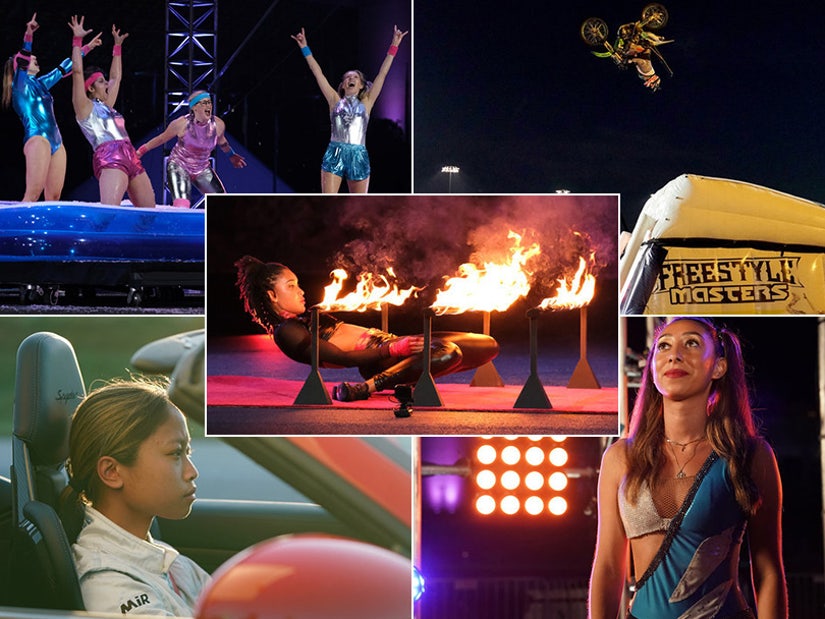 The final round of auditions features an inspirational 17-year-old female race car driver, a returning "AGT" favorite and a surprising Golden Buzzer.

The final round of auditions on “America’s Got Talent: Extreme” brought us some acts that were inspiring and moving, some that were strange and confusing and one that was utterly disgusting and stupid.

They didn’t save the best for last, per se, but they did save a chance to see Nikki Bella get back in the squared circle … filled with Jell-O. Plus, we got to see the judges compete on a real race track to see who was the fastest behind the wheel.

Nikki Bella Explains 2-Year Engagement to Artem Chigvintsev, Reveals Why They Are Holding Off on Marrying

As for the actual acts competing, there was an inspirational 17-year-old girl who’s ready to compete on the world stage as a race car driver, a returning “AGT” favorite, and a motocross professional who became paralyzed during a stunt eight years ago.

Now confined to a wheelchair, he modified his bike to be able to secure himself to it and attempt to get back to what he loved. That’s a never stop attitude that’s a little bit crazy and incredibly motivating to not let anything hold you back from your dreams.

Next week, it’s already the finale! But not every act that survived the judges is guaranteed to make it there. The Golden Buzzers are there for sure -- including tonight’s surprising selection -- but the rest of the acts had to survive a round we won’t see performing for the “SuperFans” (a cross-section of fans from across America).

In other words, despite seeing all the acts that advanced from the judges, we don’t actually know who’ll be competing in next week’s finale, making it impossible to predict a winner.

Fair warning, since I'm safe at home, I'm probably going to be a little harsher than my colleagues Nikki Bella, Travis Pastrana, and Simon Cowell. But I might be nicer, too. Maybe. 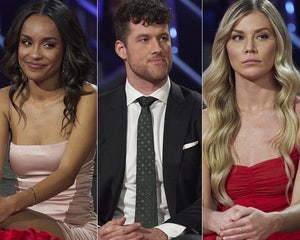 Bachelor Women Tell All: Does Clayton's Season End in Absolute Disaster? --Plus, Shanae Attacks Everyone

(extreme eating) The truth is that this wasn’t even extreme eating. There are competitions for this and those people are incredible with how quickly they can consume food. Timothy was very obviously slamming cheese-covered burgers and hot dogs on his face, eating a bit of it and letting the mess fall. He wasn’t even moving fast. This was more about making an extreme mess … and clearly trying to be funny. Only no one was laughing. His device for shooting it into his mouth was hitting his crotch more than his face so the whole thing was just incredibly stupid and a colossal waste of time.

(jello wresting) This amateur wrestling troupe was certainly dressed in ‘80s “GLOW” attire, and they were enamored with and inspired by Nikki Bella and the more current gorgeous ladies of wrestling. They are Jell-O wrestlers, but they don’t wrestle each other, even. “We only wrestle the Jell-O.” So, yeah. This was a thing that they actually chose to wrap the episode with. It did get fun when Nikki joined them, only she was going to wrestle the actual people. We adored the women’s energy in the ring -- they had the theatricality down -- but everything else was comical and ridiculously silly. We’d have liked more extreme silly and physicality in the act instead of mostly just standing there and posing. We’ve no idea what that was. It was entertaining … kind of. She then body slammed and pinned the group’s leader, and you know that was the highlight of her night.

(double vehicle & fire limbo) Shemika brought her limbo game to “AGT” previously, but didn’t make it past Judge Cuts because they just weren’t seeing the danger or where this could go as an act. So she took the challenge and upped the ante for this stage … with fire. Or at least she tried to do that. The problem is that limbo is what limbo is. You go low and you move forward. It’s impressive, but is it a whole act? We had this problem when she was on “AGT,” and no matter how much you change what’s above her, it’s still just scooting underneath. Impressive, yes, but extreme? Well, the fire did add an element of real danger, and she has great showmanship, but is it enough? At least the addition of a second car certified that part as a world record. 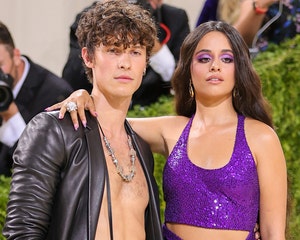 (love story with fire & explosions) The intro package made it out like Gregory and Mary have been together for a few years now with her training and expanding her skills as she enters his daredevil world -- only to find out they’ve been together for six weeks. The fire was real and the danger was real but the story and construction of this whole thing was just terrible. Was a hackneyed mess. There wasn’t any real coherence to the story, or even how the stunts worked. Was he locked in the port-a-potty or just hanging out? Why did it explode again after he left? Was there a danger of that happening before he escaped? Too many questions, and more laughing at it than feeling any real fear for either of them.

(sway pole) A legacy act and a legacy performer, after her mother was one of the first women ever to do it. The slick pole in the rain definitely caused her a few problems, and we would have liked to see a little more variety in what she did when she was up there, but it was a nice surprise when the pole detached and came swinging down. Ultimately, though, while the danger was real the act itself needed a little more oomph both in the presentation of the portion at the top (she stood and then she hung from one foot and did a few things that way) and in what happened as the pole swung down. But obviously we’re missing something. Hopefully she has more variety in the tank.

(autocross kick plate & slalom) This 17 year old has been obsessed with Formula 1 and driving for most of her life, and has tons of championships and awards already under her belt. She also holds the Guinness World Record for fastest slalom in a vehicle. Today’s stunt involves a kick spin and slalom, and to up the ante, she invited Simon to compete against her. Head-to-head was a good idea, because this talent needed a lot of heavy exposition to explain it as we went along. And despite how difficult it is, it doesn’t look as flashy as some of the other contestants. But she was definitely fast and furious across both parts of the track, decimating Simon. He spun out on the kick plate, so that wasn’t even a contest. He looked good on the slalom, but she still smoked him, beating him by 2.03 seconds. It’s just so hard to make this look objectively exciting in this format. 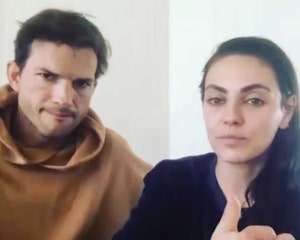 As a fun online exclusive bonus, Simon, Nikki and Terry got to compete head-to-head-to-head on the track in a race incorporating the slalom with Travis in charge of tracking their time. Simon, who admitted he is super competitive and not bad behind the wheel, took off first and had a good run. Terry was faster on the slalom but went wide -- but the extra speed may have been enough to beat Simon. Then, it was Nikki’s turn (but did Simon sabotage the track before her run?). Unfortunately, she was a little more hesitant on the turns before she got into the slalom and hit one of the cones. But Travis said there is no time deduction for hitting the cones. “So we could have just driven straight through?” Terry asked. In the end, though, Simon was victorious … and we’ll never hear the end of that! But it also confirms how good Chloe is.

(vertical back flip) Bruce wound up in a wheelchair trying to do a front double flip on a motocross bike at a live event and missing the landing back in 2014. But it didn’t stop his passion for extreme stunts and tricks. It just modified his approach. He adapted his bike to strap his legs in and be able to ride again even with his physical limitations. “Tonight, this is my dream come back to life,” he said. Bruce was part of Nitro Circus before his accident; we saw them doing jump tricks in a previous episode. It’s a testament to his courage and ingenuity that he was able to figure this out and be able to continue living his dream. It was amazing seeing him control the bike, doing wheelies, and then landing the stunt.It was harrowing realizing he couldn’t even stop moving and put a foot down to line himself up, everything was done on the move.  It really shows how much you can accomplish with the right attitude, hard work and just believing that anything is possible.

Next week, it’s the “America’s Got Talent: Extreme” finale, Monday at 8 p.m. ET on NBC. 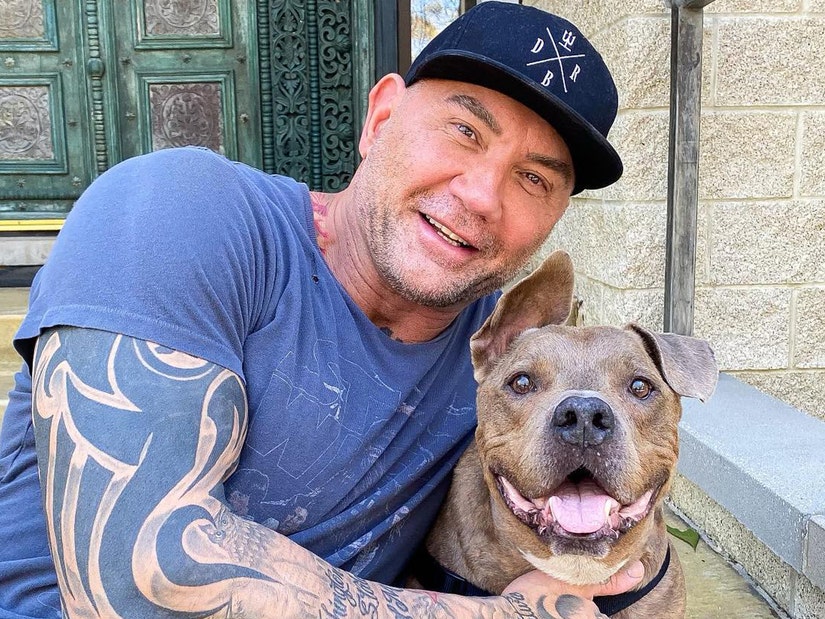