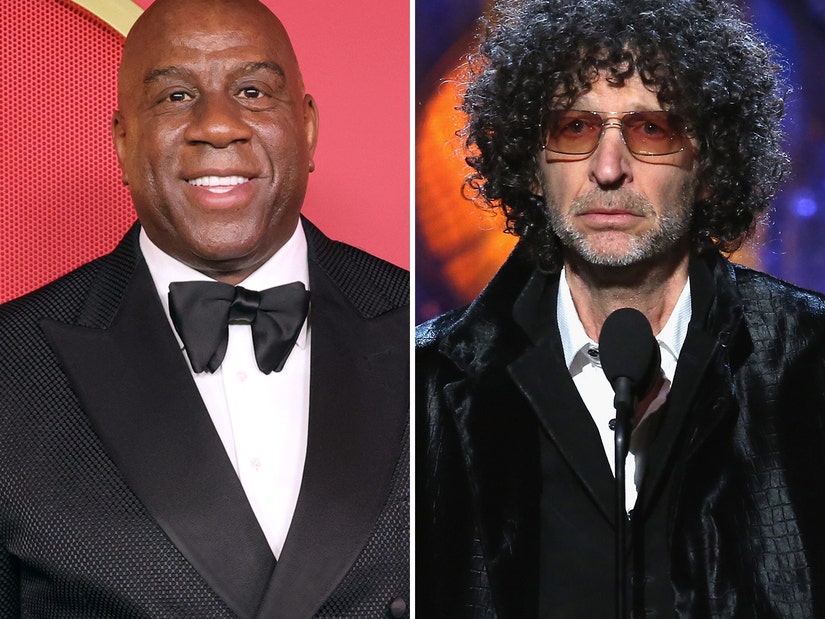 "At least you had fun getting AIDS," Stern said during the interview.

When Magic Johnson had Howard Stern on his short-lived talk show "The Magic Hour" back in 1998, he did it in an attempt to confront the shock jock for slamming him daily on his radio show.

Stern, however, steamrolled the conversation, leading to one incredibly awkward interview where Howard repeatedly trashed the talk show he was on, criticized the way Johnson spoke and made uncomfortable comments about Magic's sex life and HIV status.

During a new profile in Variety, Johnson touched on "The Magic Hour" and that interview in particular, revealing what he learned from the experience.

"The show needs some work ... you gotta stop trying to talk like the white man," Stern said at the top of his appearance back in the day. "Everybody's anti-Ebonics, I say let it fly. I think this show should loosen up and you talk Ebonics all you want."

"At least you had fun getting AIDS," he said later, when talking about Johnson's sex life. Magic responded by telling him, "Now look, first of all, let's get something straight, HIV. And nobody has fun getting HIV."

"Believe me brother, you did. It sounds like fun to me," Stern hit back. 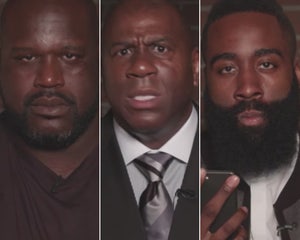 "I wanted to say something and hit him at the same time — on air," Johnson said while reflecting on interview with Variety. "I was mad when they booked him, but there's nothing you can do. When people look for ratings, this is what happens."

As for what he learned, he added, "I've never put myself — or HIV and AIDS, or my race — in that position again, ever again." He also said he doesn't disagree with people who call his show one of the worst of all time -- saying, "I don't mind people saying that, because I say it myself. I'm just not that guy. I wasn't built for it."

The two haven't spoken since. 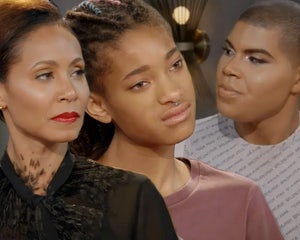 Speaking with the publication, Johnson also opened up about his son EJ coming out as gay when he was a teenager.

"When you grow up in team sports, you're thinking, 'Is he gonna play sports?' And then when I saw that he liked dolls and to play dress-up ... 'What are you doing?'" he recalled thinking as he watched the boy grow up.

Though Johnson said he's seen hate for how he's embraced EJ -- telling Variey "a lot of people don't love that I love my son" -- Magic said EJ has "changed me."